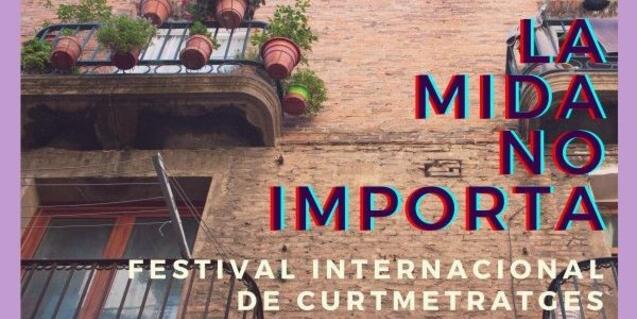 The international festival 'Size doesn't matter' is celebrating its 12th edition with 52 films from 29 different countries.

Over three days, from 20 to 22 January, up to 52 short films will be screened in El Raval. It is the international festival "La mida no importa" (Size doesn't matter), organised by SLOWCUrT and the Casal de Barri del Raval, which is this year celebrating its 10th edition. The screenings will take place at the Ateneu del Raval on the first day and at the MACBA on the other two days. The event has the support of the Fundació Tot Raval and other organisations in the neighbourhood.

The festival is bringing to Barcelona films from twenty different countries, including South Korea, Colombia, Brazil, the United States, Argentina, Iran, Portugal and Australia. Divided into five sessions, 9 to 12 shorts will be screened per session. On opening night, Thursday the 20th at 7 p.m., you will see titles such as Salvaje by Raúl González, which tells the story of a woman who decides to leave the comfort of the city to go live in the mountains; or Los residentes, un junte de rap by Martin Biaggini, a portrait of young rappers in a marginal neighbourhood in Buenos Aires. At MACBA, the sessions will be at 5.30 p.m. and 7 p.m, with shorts such as Flight to Earth, by Ignacio Rodó, which moves the action to the 23rd century when a group of students takes a trip to Earth to remember why the blue planet ceased to be habitable; Spring in Autumn, by Ghasideh Glomakani, about an Iranian woman who leaves her husband and flees to Russia; or Tots els dies d'estiu són tristos, by Estefania Ortiz, centred on the last holidays of a 12-year-old boy before starting high school.

The selection includes different themes and is a good sample of the current international production and talent, as all titles have been released during 2020 or 2021. Check this link for more information.