Free, with prior booking 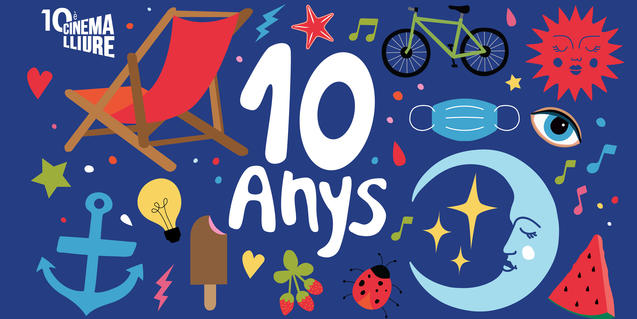 Cinema Lliure a la Platja is bringing you movies such as 'Schoolgirls', 'The death of Guillem', and 'Ema'.

Cinema Lliure a la Platja is back with six feature films that will be screened between 1 July and 5 August while visiting different localities of the Catalan coast. Barcelona will be first, at the esplanade next to the CEM La Mar Bella, on Thursday, 1 July, with the movie Schoolgirls, a story by Pilar Palomera about Celia's entry into adolescence in the Barcelona of the 1992 Olympic Games. On Thursday, 8 July, it will be the turn of The death of Guillem, a drama by Carlos Marqués-Marcet that tells the story of Guillem Agulló, an 18-year-old anti-fascist and anti-racist boy who was stabbed to death by a right-wing extremist group.

On Thursday, 15 July, enjoy Corpus Christi, by Jan Komasa. Daniel, the leading role, decides he wants to become a priest while living in a Juvenile Detention Centre. Though it is impossible due to his criminal record, he will find a way to make his dream come true, even if it is not in the usual way. If you would like to bring the whole family to the beach, Dreambuilders is your choice. Come and Join Mina in her adventures on Thursday, 22 July. Pablo Larraín’s Ema will be screened on Tuesday, 29 July. It tells the story of a young dancer burdened with guilt. The program will end on Thursday, 5 August, with a movie chosen by the public.

Each day, movies will start as the sun sets, sp, times will vary from 9.30 pm to 10 pm with the progression of the summer. Screenings are free, but spots need to be booked in advance. You can do so through this link one week before the screening.