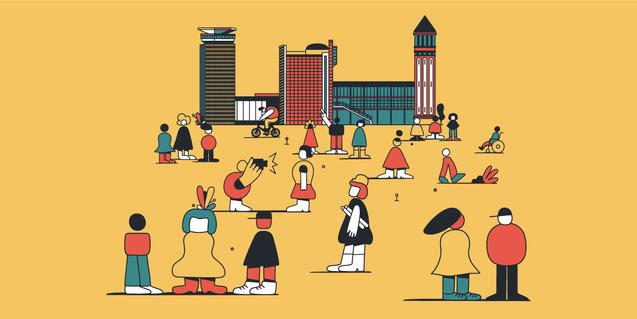 The Architecture Festival throws open the doors to buildings that usually aren’t open to the public, shifting its focus on to women architects.

48H Open House BCN quickly became one of the architectural events of the year. The initiative started out just ten years ago and, to celebrate this, they’ve got a great festival lined up for us this year. This time round, they've decided to shift their focus on to women architects, and to represent this, they've dedicated it to all the women like Pilar Casas Mur, in other words, all the women who weren’t able to study even though they showed an interest in architecture, those whose work was never acknowledged and those whose professional prowess is just now being recognised. This is how 48H Open House BCN wants us to experience architecture: critically and without prejudice. That’s why they throw the doors open to many buildings around the city, where they will put on over 240 activities for the general public. What’s more, this time round they want to draw attention to the so called “cases-fàbrica” or factory houses, an original type of building that marked the beginning of industrial development in the city’s various neighbourhoods up until the middle of the 19th century.

Over 30% of the buildings that can be visited on 26 and 27 October as part of 48H Open House BCN will be new additions to the programme. You’ll be able to discover many spaces that aren’t often open to the public, such as Antiga Fàbrica Enmasa Mercedes-Benz, EMAV Can Batlló, Institut Martí Pous, Casa Thomas, CEM Turó de la Peira, Institut de Recerca de l'Hospital de la Santa Creu i Sant Pau, Torres Venecianes, Arc de Triomf and Casa-Fàbrica La Paloma, as well as many more.

All entry is free of charge and some will require prior booking. You can find all the information on the 48H Open House BCN website.