Different spaces of the city 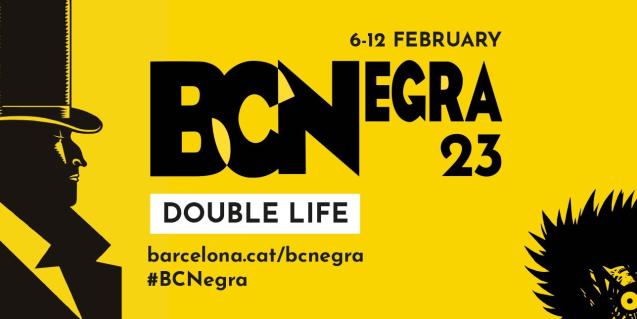 The festival celebrates its 18th edition with a total of eighty activities and El Molino and Aribau Multicines as its main venues.

Coming of age for BCNegra, International Crime Novel Festival. The 18th edition will take place from 6 to 12 February, and there will be 125 invited participants and some eighty activities between the official and parallel programmes. The double life will be the main theme: "One of the objectives of the festival is to explore and exhaust all the possibilities of the double, the doubling of personalities and lives, whether spy, murderer, adulterer, mentally ill, dreamer or famous person behind a mask", according to the organisers. The writer Carlos Zanón repeats as curator of this successful event dedicated to the noir and crime genre, which was launched eighteen years ago by Barcelona City Council through the Barcelona Institute of Culture (ICUB) and the Barcelona City of Literature UNESCO programme.

The festival will open with the announcement of the Carvalho Prize 2023. The writer Claudia Piñeiro, who received it in 2019, will announce the name of the winner. The award ceremony will take place three days later, on Thursday 9 February at 6 pm in the Saló de Cent of Barcelona City Hall. BCNegra 2023 will be attended by authors such as Dominique Manotti, Leonardo Padura, Dolores Redondo,Yousseff El Maimouni, Laura Lippman, Petros Markaris, Dror Mishani, Juan Gómez-Jurado, Rafael Vallbona, Margarida Aritzeta or Marina Sanmartín, among many others. El Molino and Aribau Multicines will be the central meeting points of an event that, in addition to events featuring writers, includes music, cinema, literary routes and reading clubs. The festival's exhibition is called The World of the Researcher, and can be visited at the Jaume Fuster Library from 7 February to 3 April. On the opening day of the exhibition there will be a round table discussion organised by Bibliotecas de Barcelona with the participation of Jordi Canal, Rafael Guerrero, Lilian Neuman and Màrius Serra, and moderated by Joaquim Noguero, curator of the exhibition.

It should also be noted that in each edition BCNegra recovers a book, an author and a character. In 2023 they are, respectively, Dr. Jekyll & Mr. Hyde, Leonardo Sciascia and John Blacksad. And that, for the second year, the online film platform Filmin will collaborate with BCNegra; it will do so with two projects: on the one hand, it will design a list of films with the doppleganger as the central axis and, on the other, it will offer a selection of films linked to noir for its users.

The festival poster is the work of Keko. It stars a serene and phlegmatic character, suggesting an elegance typical of the 1920s or 1930s. But the character finds the counterpoint, the double, in a monster with a wide open and threatening eye that contemplates us and announces an imminent irruption to replace this calm gentleman who is at the same time a dangerous creature.

You'll find all the details of BCNegra 2023 in this link.