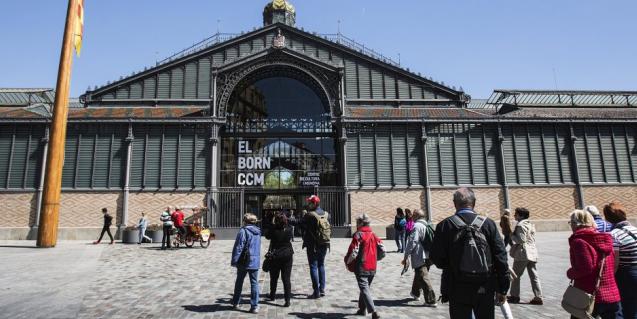 El Born CCM has scheduled the tour Les veus silenciades about the daily life of Barcelona's women in the early 18th century.

What was the everyday life of Barcelona women during the 1700s like? What were their activities and concerns? If you want to dive into this imaginary, sign up for the itinerary Les veus silenciades. Les dones de 1700 that the Born Centre de Cultura i Memòria has scheduled for 10 April and 19 June, from 12 p.m. to 2 p.m.

The documentary record — such as rental contracts, marriage contracts and baptismal certificates — indirectly provides hints of their names, addresses and occupations and speaks about women silenced by a patriarchal society that condemned them to a secondary role in social life, as well as in the transmission of collective memory.

The tour begins with a brief visit to the archaeological site of the Ribera neighbourhood, which was dismantled stone by stone by its own residents by order of the Bourbon authorities. At this point, they will explain the role of women in this urban fabric. Back then, the main women's institution in the neighbourhood was the old Benedictine monastery of Sant Pere de les Puel·les, which was partially demolished and transformed into a parish following the confiscation of 1873.

Near the Santa Maria del Mar gate, Bornet street was the main shopping area. Some of the most common shops were the drugstores that sold imported products as well as herbs, which had curative functions. Although women were experts in caring for the sick and dependent, they were excluded from medical studies. Bonaire street, in turn, separated the wealthy houses from the more humble ones, which were subdivided into rooms for rent. Often, poor women were forced into prostitution, which was prosecuted by a law prohibiting women under 50 to live alone. The tour also passes through Tantarantana street, where the old washhouses were located. These were one of the few places where women could socialise, as the taverns and gambling houses were off-limits to them.

Tickets are 4 euros and can be purchased in advance through this link. You can also register by writing to reserveselbornccm@eicub.net or calling 93 256 68 50.

The tour will last two hours, so it is recommended to wear comfortable shoes and bring some water.