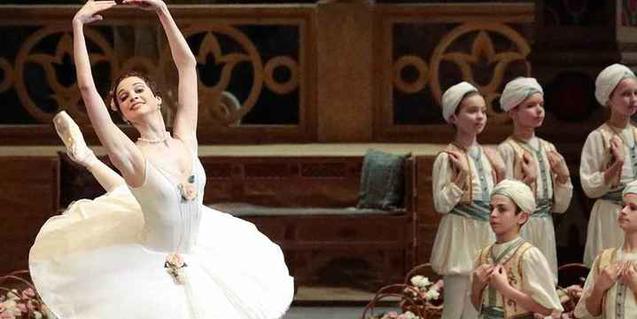 Up until April, you’ll have the chance to see great ballet production on the silver screen and with best sound quality.

Watching ballet in the cinema may seem strange at first. But, if you really think about it, it’s the place you can watch all the details with exceptional sound quality and in complete luxury. That’s why, for some years now, certain cinemas are screening operas and ballets for music lovers to enjoy some of the best productions without having to go to big theatres or even other countries. Filmax Gran Via Cinema, in the Gran Via 2 shopping centre, is one of places that screens mainly ballet. The recordings are shot in the top concert halls around the world, with dance companies that have received multiple awards and huge recognitions.

From November up until April 2020, once a month, at different times, you can watch a different piece at Filmax Gran Via, all of them performed the Russian company, Bolshoi Ballet. On 18 November they’ll be showing Il Corsaro, choregraphed by the talented Alexei Ratmansky. On 16 December, it will be The Nutcracker, directed by Yuri Grigorovich. The following month, on 26 January, you’ll have to chance to see Ratmansky’s show, Giselle, composed by Adolphe Adam. On 23 February, they’ll screen Pyotr Ilyich Tchaikovsky’s well-known ballet, Swan Lake, directed by Grigorovich. On Monday, 30 March, you can see Romeo and Juliet, directed by Ratmansky. The last piece to be screened will be Jewels by George Balanchine, on 19 April.

The ticket for each session will cost €24. You can get yours on the Filmax Gran Via website.