Free entrance. Check the program for information about venues and dates. 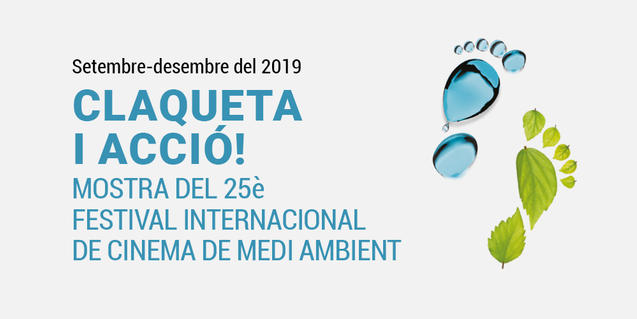 An environmental cinema series in every Barcelona district all throughout the autumn.

For the second consecutive year, from September to December, 34 venues spread around all of the city's districts will show various archive films from the International Environmental Cinema Festival, FICMA. It is the Claqueta i acció! (Clapperboard and action!) series, during which a total of 44 short and full-length films from the previous year's festival will be shown. They deal with problems concerning waste, climate change, water, mobility and food from different points of view and in different formats.

On Thursday, 19 September, the series will kick off at Casa Elizalde. The inaugural event consists of a screening of the documentary that won the Sol de Oro [Golden Sun], FICMA's highest award, in 2018. Titled En la línea del frente: los guardaparques del Parque Nacional de Gorgonosa [On the frontline: the Rangers at Gorgonosa National Park], this film from Mozambique follows a group of men and women who undergo tough tests to become rangers in a nature reserve facing many different threats.

This year Claqueta i acció! is structured in two types of sessions. One is travelling screenings at different venues. This is a selection a total of seven films that report on problems such as pollution by plastics or loss of habitat and biodiversity but also propose solutions based on real-life experiences. The other type of session is screenings of three short films grouped into shared topics. These are the so-called special sessions, which invite the audience to reflect on food waste and the ecological footprint of our diets, the conservation of aquatic ecosystems and the use of water resources, the global problem of plastic waste building up in the seas and oceans, and the inevitable climate change we are experiencing.

A full cycle that also creates a framework for the 26th FICMA from 6 to 14 November, an event full of new films and many more activities.