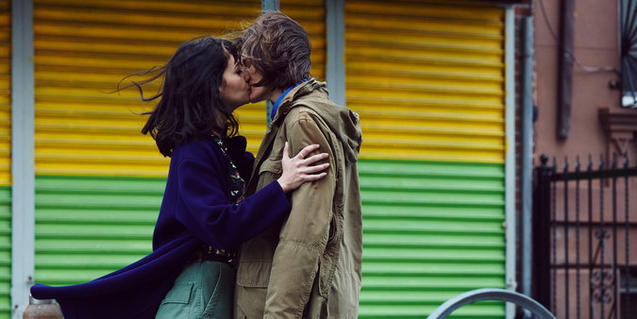 The cycle is part of the 25th International Women’s Film Festival and is scheduled to run from 1 June to 13 July.

Four sessions, on 1, 11 and 22 of June and 13 July, in three different squares, Plaça de la Virreina, Plaça de Salvador Seguí and Plaça Sant Pere, make up the Cinema fora de lloc 2017 cycle, which is part of the Barcelona International Women’s Film Festival. All the screenings are free and have the support of their corresponding city district councils and the associations in Gràcia and Ciutat Vella.

Plaça de la Virreina will host the first session featuring Women Who Kill by Ingrid Jungermann. In the film, Morgan and her ex-girlfriend work together on a podcast on serial killers. Although they still seem to harbour feelings for each other, one day a new collaborator catches Morgan’s attention, and she could turn out to be a serial killer. On 11 June, Plaça Salvador Seguí is set to host Ama-san (Hunters of the Sea) by Cláudia Varejao, which is set in the small fishing village of Wagu, where women divers go fishing every day with the aid of oxygen bottles.

The travelling short-film programme Cortos en femenino will call in at Plaça de Sant Pere the evening of Thursday 22 June. All 12 films in the programme are by Spanish directors, some of whom will be present at the screening. Finally, on 13 July, the animated film session titled Ben animades will take place at Plaça de Sant Pere.

The festival proper will be offering the main part of its programme at Filmoteca de Catalunya from 6 to 11 June, and you can consult the programme at the following link. The festival, which is celebrating its 25th edition this year, is organised by Drac Màgic Cultura Audiovisual, with the support and collaboration of a number of institutions.