More than forty spaces in the district
Information 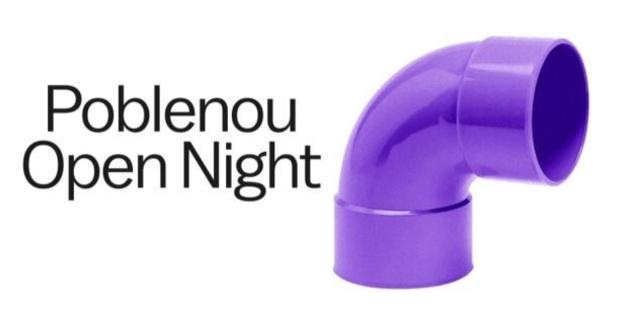 The night of 26 November, the neighbourhood will claim its place as the centre of Barcelona's artistic and creative community in a multidisciplinary event.

The Poblenou Open Night will be held on 26 November. It is a transversal event that fills the neighbourhood with creativity, music and a good atmosphere. The programme presents a wide range of free cultural proposals, from 7 p.m. to midnight, which have been organised in more than 40 different venues: art galleries; creative centres; design, interior design or architecture studios; audiovisual production companies; graphic arts laboratories; communication agencies; showrooms; shops; coworking centres; hotels and concert halls. There are also flagships such as the Museu del Disseny, the Disseny Hub Barcelona, the Teatre Nacional de Catalunya (TNC), the Sala Beckett or l’Auditori.

When it comes to the exhibitions, you can visit Exohive at BAU Centre Universitari de Disseny, an immersive interactive experience created for the latest edition of the Sónar+ that simulates an encounter with an extraterrestrial organism. The installation proposes a speculative exobiology hypothesis about the existence of life in the universe and an exploration of the limits of astrobiology. Visitors will also be able to see a fashion show with twenty collections corresponding to the Final Year Projects of the Fashion programme.

Unusual Concept Store & Gallery will show a collection of objects made by local and international designers, artists and artisans: the Centre d’Art Contemporani Piramidón will inaugurate the pop-up exhibition by resident artists Lucas Estévez and Ramiro Peón-Veiga; the gallery La Plataforma will present the poetic and musical recital Talismanes y cartones, by Blanca Haddad; Valkiria Hub Space will host the exhibition Constructivisme entròpic, by Guillermo Jure, and a tasting of edible postcards; the Palo Alto Foundation will open their modernist offices of the factory complex, along with an exhibition of photographs about Iceland by Julie Stamenic and an exhibition of light art by Maurici Ginés in the Artec Studio.

The Ovella Negra Barcelona will host a tribute concert to The Beatles. The digital fabrication studio Medio Design will offer a modern jazz, funk and neo-soul concert by Evidence Trio. Bridge_48 will distribute eight DJs between an auditorium and two silent party stages, where each participant will bring their own headphones. Finally, Codigo Sound and Light Project will mix the premiere of new technological products with tech-house DJ sets by Eric Fita (Doblecero BCN, from 7 p.m. to 8 p.m.), Jordi Carreras (Pro DJ Academy, from 8 p.m. to 9 p.m.), Martin Marson (Victims Of Groove, from 9 p.m. to 10 p.m.) and Juan Díaz (Subliminal Records, from 10 p.m. to 11 p.m.).

Most of the Poblenou Open Night activities are free, but, in some cases, you will need to book your spot in advance, as there is a limited capacity. You can check the programme through this link.