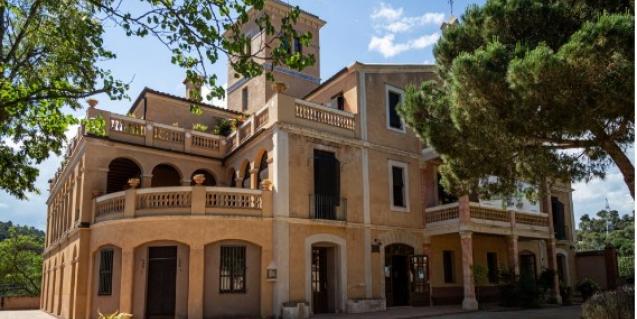 On the first day of June, authors will arrive at the MUHBA Vil·la Joana to prepare their projects.

Within the context of the UNESCO Cities of Literature, Barcelona begins its first international literary residency this June. The MUHBA Vil·la Joana will be the hosting venue. It is an emblematic building surrounded by the vegetation of Collserola, where the poet Jacint Verdaguer spent his last days and died. The main goal of these residencies, which many of the Cities of Literature organise, is to promote the mobility of authors as a key element in the dissemination of world literature.

This first edition will serve as a pilot project and will be launched with three authors who won the last edition of the Montserrat Roig Writing Grants: the Lithuanian Miglė Anušauskaitė, the Italian Viola di Grado, and the Australian Ronnie Scott. Further down the line, Carla Maliandi (Argentina), Sophie Collins (Great Britain), Julia Mayle (France), Alys Conran (Wales), Lana Bastašić (Bosnia), Irenosen Okojie (Nigeria), Zoran Pilić (Croatia), Pau Sanchis i Ferrer (País Valencià), Cheryl Lu-Lien Tan (Singapore) and Tony Eprile (South Africa) will visit Barcelona to develop their projects. The accommodation is designed as a working and living space, where people get the chance to develop their creative and research projects and, at the same time, enjoy a space with all the necessary services. The home has three individual bedrooms with private bathrooms and a work area, as well as several shared spaces, such as the kitchen-dining room, designed to favour the relationship between tenants.

The literary residencies contemplate different modalities: authors from other UNESCO Cities of Literature; translators, giving priority to translations of works by authors from Barcelona in particular or Catalan authors in general, or works by foreign authors in which the city of Barcelona plays a prominent role; writers from other literary exchange programmes in which ICUB participates; and professors and researchers working on the history of literature or comparative literature, the complete works of one of Barcelona's writers, or on other Romantic authors comparable to Jacint Verdaguer.

The residency programme completes the UNESCO City of Literature project, which encompasses the literary map of the city, the Reading Action Programme, the Montserrat Roig and Carme Montoriol writing grants, the literary festivals promoted by the city and participation in those organised elsewhere. It is also linked to the policy of creative exchange and connection with international networks that the Creation Factories Programme began to pioneer in the city a few years ago, as well as to the measure of the Cultural Rights Plan called Grassroots Culture and Cultural Sectors: the right to creation, experimentation, research and cultural production.