Museums and cultural and heritage centres in the city 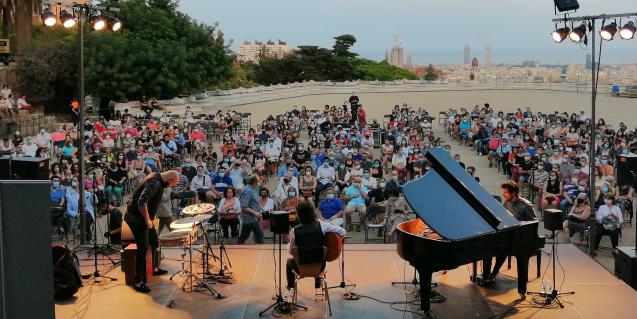 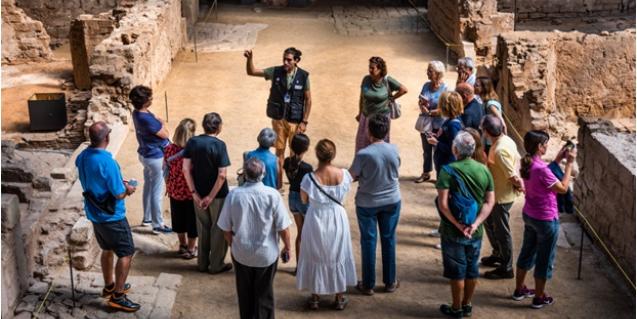 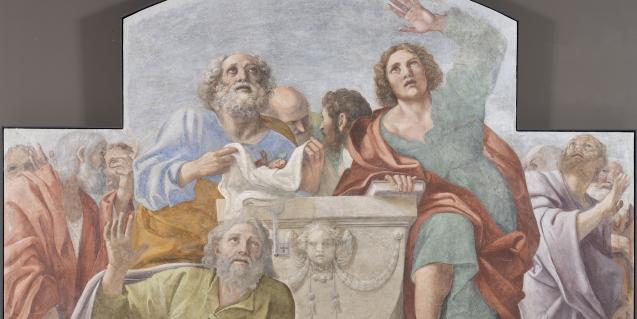 Open-air cinema, evening concerts and night-time tours are just some of the nearly 250 proposals for the year's hottest months.

It is now a tradition that in summer, the city's museums offer a wide range of activities for all audiences and ages that go beyond the one they do most throughout the year, which is exhibitions. Also, many of these proposals will take place outside the museum spaces and cultural and heritage centres, or at least in their courtyards or gardens. They will also take place in the afternoon and evening, with a clear intention to invite people to spend some time outdoors while enjoying a cultural event. Cinema, dance, concerts and night-time tours are just some of the nearly 250 proposals you will find in the summer schedule, including museums and municipal, consortium and private facilities.

To cite just a few examples, the MUHBA Park Güell will offer, in the Plaça de la Natura in Park Güell, the 4th Cycle Barcelona in movement, film nights "Barcelona film set: when the city is the stage", with three film sessions, and the same place will be the stage, until 15 July, for the 9th Cycle of history and music of Barcelona, with the title Music, war and Radio Barcelona, with the collaboration of the ESMUC and B:SM. There will be jazz, lied, chamber music and cobla concerts. The Museu d'Història de Barcelona has also organised visits and itineraries to enjoy the summer around Park Güell, the Call, vedettes and militiamen in shelter 307 or Verdaguer and Vil·la Joana, among others. El Born Centre de Cultura i Memòria is also strongly committed to routes with the Born de Nit. Tours will take place from Tuesday to Saturday, starting at 8 p.m., and will allow participants to learn about the history of Barcelona in the 1700s from different perspectives: music and dance, medicine, neighbours, the black chronicle, slavery, women, the Rec Comtal, etc. For those who prefer daytime hours, there will also be different types of guided tours of the site and the permanent exhibition, as well as workshops and other family activities.

The Museu Etnològic i de Cultures del Món has an extensive programme designed for children, with shadow puppet workshops, workshops on masks and superpowers and games of clues and board games, among others. On 17 and 18 September, the Castell de Montjuïc will host the second edition of the Moujuïc Festival, conceived as a getaway to the contemporary dance. This summer will be a good time to discover or rediscover a unique space such as the Arús Public Library: the company Cases Singulars organises guided tours on some evenings in June, July, August and September.

On 12 July, the Arxiu Històric de la Ciutat de Barcelona programmes the concert and conference The guitar in Catalonia: from Joan Carles i Amat to the present day. And on 30 July and 17 September, the Frederic Marès Museum offers a free workshop visit for all ages under the name D'auca en auca i tiro perquè em toca!. The main theme is a game that allows the exploration of the collector's cabinet and poses questions and dynamics to interact with the unusual objects in the collection.

The fact that museums organise a wide range of activities in summer doesn't mean they stop inaugurating top-level exhibitions. In addition to being able to visit the exhibitions that have been open for some time and are still on the line-up in all the museum spaces, these months will see the premiere of exhibitions such as the first monographic exhibition in Spain of the work of the Brazilian multimedia artist Cinthia Marcelle. It will be on the  Museu d’Art Contemporani de Barcelona (MACBA) from 15 July. And on the 27th of the same month, Cervell(s) will open at the Centre de Cultura Contemporània de Barcelona (CCCB). It is an exhibition that brings together the views of contemporary artists: original drawings by Santiago Ramón y Cajal, first editions of René Descartes, inventions and hardware by visionary scientists such as Leonardo Torres Quevedo and José Manuel Rodríguez Delgado, comics and films, as well as projects by leading scientific research centres. A few days earlier, on 8 July, the Museu Nacional d'Art de Catalunya will open the doors of the exhibition Carracci. The frescoes of the Herrera Chapel: after 200 years of being torn down, these frescoes from the disappeared Roman church of Sant Jaume dels Espanyols in Rome can be seen together again.

Coinciding with the start of the summer, the Museu Picasso inaugurated two temporary exhibitions: Picasso – Clergue and Brigitte Baer. Picasso i els gravats. From 7 July, La Virreina Centre de la Imatge will be hosting Amèlia Riera: Mrs. Death, with pieces by the unclassifiable artist. And sports lovers will find at the Joan Antoni Samaranch Olympic and Sports Museum starting on 12 July the exhibition Cultural Olympiad. An artistic explosion for Barcelona and one of the events that will surely be remembered this summer is the Barcelona '92 Olympic Games, as this year marks its 30th anniversary.

Check the websites of each museum and cultural and heritage centre for the events and activities they are organising.