Sociologist. Director of the UOC Master’s Program in Humanities 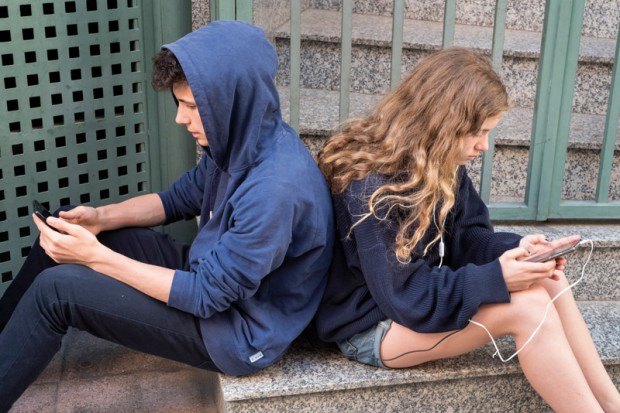 Our many possibilities for digital communication can’t always erase our isolation or our feeling of loneliness, nor can it effectively insert us into a web of interactions. Often, we can’t speak of links between individuals, only to contacts.
Photo: Dani Codina

The human experience of loneliness has multiple dimensions. We can be alone in many different ways, and as a personal or social condition, loneliness can be experienced and evaluated very differently. In a world of multiple connections and digital relationships, loneliness continues to be very present in the lives of many, whether voluntarily or involuntarily.

Among the different forms of loneliness, the most evident is physical: being separate and isolated from others. Sometimes we seek it, like when we go into a room and shut the door, go for a stroll where no one else goes or when we voluntarily flee from contact and the gazes of others. We want to focus on ourselves. At other times, this separation is out of necessity, such as when we have contagious illnesses. It can even be a punishment, like when we’re locked in a cell or forcefully expelled from where we belong.

But besides physical loneliness, there’s also what we call “feeling lonely”. We can feel alone even though we’re surrounded by others, even if we live with our family, are part of a community or are constantly connected to multiple social networks. This is a feeling that carries with it unease and suffering. We’re lacking emotional involvement with others, their understanding and their recognition, and we miss what we call “human warmth”.

Finally, there’s a third way of being alone, different from the others: not being a part of any networks. This type of loneliness doesn’t involve physical isolation or feeling alone, but it’s probably the most dramatic kind. Not having a family or friends, not being part of a professional network or not being a part of any sort of group means not having anyone there when we need them. In fact, this means lacking the most basic part of the human condition: being part of a community of mortals that come together to face suffering and death, and to give meaning to life by being involved in a common project. In classical Greece, for example, there was a punishment considered much worse than execution: ostracism, which separated the individual from the community by expelling them from the city (polis).

Personal autonomy as a basic value

In contemporary society, we place a great deal of value on personal independence. Moral autonomy, the capacity to make decisions about our own lives, freedom of action and of emotional expression are some of the benefits of modernity. We consider them fundamental values and we celebrate having freed ourselves from much of the tyranny and submission of the patriarchal communities of the past. We also enjoy knowing that, if we want to, we can leave the place where we live and look for a new home.

An inquiry into modern society in a mural at the Infant Jesús school on Travessera de Gràcia.
Photo: Dani Codina

Nevertheless, in building our own personalities and conquering our personal autonomy, as modern individuals we often forget that our interior spaces, what we are, our thoughts, feelings and values, are made of public and social substance. In fact, we acquire them gradually through contact with our fellow humans. We learn to recognize our interior world and rebuild it through conversation with others. By speaking with one another we become human, and only then can we be part of the world, “our” world. These conversations can be broken, as happens with many couples, with parents and children or with neighbours. Sometimes, we never establish them or, sadly, the other individual disappears.

The inability to interact is a type of loneliness, probably the most fundamental kind. The isolated individual, the individual who feels alone or who is disconnected, has no one to interact with. No one listens to them, and they have no one to listen to. Of course, conversation isn’t just made up of words, but also of gestures, glances, deep and shared emotions; in truth, our entire bodies are involved in the conversation. I’d like to emphasize this idea of the body as part of conversation, because it helps us to better understand the risk of loneliness in network societies and in digital interaction.

Digital communication has increased and has greatly strengthened our capacity to communicate and interact. Our contacts multiply and we belong to increasingly varied social networks. Does that make us more sociable? Does it reduce our risk of loneliness? Yes and no; it also carries with it its own dangers.

We might say that electronic communication has broken through the barriers of time and space in human communication, such as when we try to use the Internet to set a date for a breakfast or dinner with our daughter or our friend who lives in Sydney. It helps to generate artificial distances, like during a dinner party when you send a text message to the friend across the table with a comment about the person sitting next to you. Still, it’s clear that the many possibilities of digital communication can’t always erase isolation or the feeling of loneliness, nor can it effectively insert us into a web of personal interactions. Sometimes, we can’t speak of “ties”, just “contacts”.

The absence of physical interaction

There’s one element that we seldom notice, but which radically influences the type of interactions we have or can have in virtual space. We still don’t give it the importance it deserves: the absence of the body, of physical interactions. In the electronic relationship, the body doesn’t participate. In virtual conversation and the relationships we establish with others over social networks, the body is hardly present and plays a minor role. Conversation, in the sense mentioned above, is radically reduced. Above all, we’re lacking the possibility of empathy, of the emotions we can feel (in our “gut”) when standing in front of another person. We’re also lacking all the personal and social knowledge the body transmits: a gesture, how we move, whether or not we’re at ease, our tone of voice, smells, a glance, how we take up space… In digital communication, we generally substitute this fundamental dimension of personal relationships with images and words that are easy to stereotype in the world of imagination that governs these spaces. It’s much easier to shape our tastes to the image we’d like to present. We could say that we “edit” our lives to decide what we want to place in circulation. In fact, the same tools impose certain types of profiles and influence how we communicate.

Nevertheless, we might spend many hours a day in these spaces, hold multiple conversations and have infinite interactions. It can be exciting, and it might not matter if these emotions are spurred more by imagination than by an individual or by reality. The virtual world has greatly increased our capacity to maintain existing relationships and start new ones. Our limitations become clear when we seek to convert certain interactions into “face-to-face” relationships; it’s not always easy. Often, this generates disappointment or proves impossible. Loneliness, in any of its forms, can continue to be just as present in our lives, and it can be very difficult to have a true conversation.

To not belittle gods or beasts –Aristotle said that the solitary individual is either a beast or a god– we shouldn’t forget that loneliness can also become a good friend. In the words of H. D. Thoreau, no companion is so companionable as solitude. When solitude is a personal choice it can be a positive experience: a chance to reflect, to listen (to ourselves) in silence, to seek serenity. Still, as attractive and as necessary as it may at times be, it’s nothing but an artificially created situation because, without others, “we are nothing”.