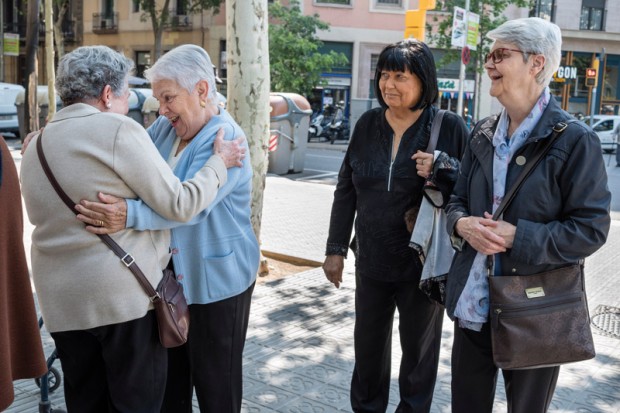 Multiple users of the Vincles (Ties) program, which drives social interaction through new technological resources, at one of its regular gatherings. Social interaction is an important factor in mental and physical health.
Photo: Dani Codina

From the dawn of civilization, human beings have needed to live together. Not just to survive, but also to fulfil emotional needs: to feel loved, protected and recognized by others. According to Aristotle, humans are social animals whose nature drives them to live in society: “anyone who can’t live in society or is so self-sufficient as not to need to is either a beast or a god.”

Still, living in society doesn’t guarantee social capital, and it doesn’t necessarily keep us from suffering from loneliness. All of us have probably felt this way at some point in our lives. Although some individuals are capable of isolating themselves socially without suffering, others suffer loneliness to the point where they even become sick. Unfortunately, every day there are more individuals living alone who suffer from health problems stemming from loneliness such as anxiety, depression or anguish. As a result, we need to come up with new tools and resources to reduce such suffering without having to systematically fall back on prescription drugs.

All throughout history, we find examples of societies’ efforts to protect the health of their members. Still, it wasn’t until the mid-19th century, with the Industrial Revolution and the modernization that resulted, that public health appeared as a tool for community intervention. Great hygienist campaigns brought about significant progress in terms of health. Later on, changes in peoples’ lifestyles resulted in new problems requiring intervention on a large scale.

The biomedical model divided human nature into body and mind and was focused on pathologies. It saw health as the absence of illness and created a hierarchical doctor-patient relationship with the doctor as the authority.

In the 20th century, George Engel (1977) broke with this conception by creating a new “biopsychosocial” model based on the idea that health doesn’t just depend on biological factors, but also on psychological and social issues. This new model broadened horizons and gave patients a more important role in the management of their own health. In the late 20th century, doctor and sociologist Aaron Antonovsky (1979) proposed a new idea: salutogenesis. This model is based on individuals’ ability to maintain and increase their own welfare through health-protecting behaviours.

Many variables affect our health. Under the same circumstances, some grow sick and some don’t. Factors such as age, genetics, environment or social and socioeconomic conditions can generate health inequality. In 2009, James Marks published an influential article claiming that our postal code influences our health more than our genetic code does. People’s life expectancy varies according to their gender, the neighbourhood where they live, their employment or their education. One of the conditions that can influence their state of health is loneliness.

Michael Marmot, co-author of the book The Solid Facts, claims that exclusion from social life or being treated as an inferior causes people to suffer from worse health, increasing their risk of premature death. On the other hand, belonging to a support network based on communication and reciprocal relationships can have powerfully positive effects. Faced with multiple studies that show the importance of social support in protecting our physical and mental health, the public health system is considering promoting social relationships as a tool for improving community health.

Social prescription is a tool health professionals can use to guide patients, encouraging them to make use of existing community resources. It involves promoting participation in social activities that improve our relationship with our surroundings

Social prescription proposes a type of attention focused on individuals and not on providing medical assistance. These measures don’t involve medicalization; rather than substituting conventional therapies, they complement them with the beneficial effects of social resources and activities. In other words, we take advantage of the salutogenic effects of social interactions.

Social prescription programs are based on the fact that regular participation in community activities helps individuals develop social and psychological resources, as these provide positive reinforcement and promote an active, healthy and resilient lifestyle against emotional disorders. To guarantee the adequacy of a social prescription program, we need to understand the interests and the motivations of individuals by establishing connections based on trust. We need to explore the possibilities the community has to offer and promote them while reinforcing existing resources. We also need to establish the appropriate profiles and systems of referral. 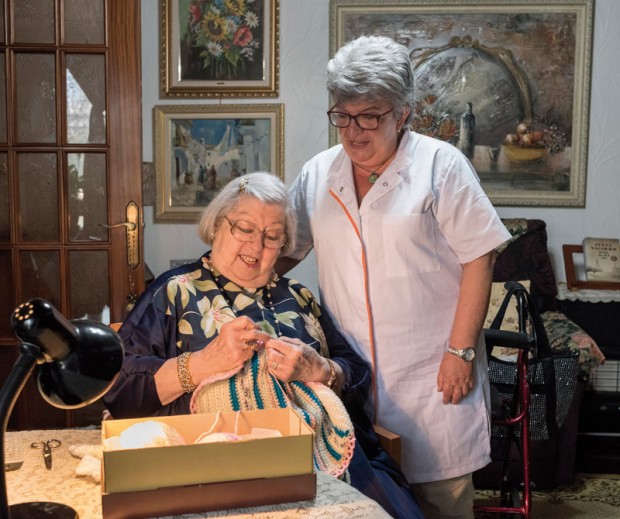 Those of us that work in healthcare see some of the individuals around us as having the capacity to serve as true agents of health, and we empower them so that they can become active assets (by assets, we mean they’re capable of providing health and welfare). In recent years, we’ve carried out group psychoeducational activities led by individuals who aren’t professionals, but who have been through personal experiences that cause them to develop certain abilities and acquire new knowledge. This experience enables them to carry out this activity, making them regular health assets in the community.

From an economic point of view, social prescription is also very cost-effective. It facilitates the use of existing resources and it has an important impact on social health factors, as it increases community participation and reduces social inequality in this field. In order to apply this sort of programs, we need to reinforce public awareness of the fact that steps taken to improve our welfare also improve our health, especially in processes related to stress, anxiety and depression. It’s also important to increase awareness of the potential and the viability of non-pharmacological resources in primary care.

In the words of writer and doctor Rafael Cofiño, our health centres aren’t our only centres of health. There are associations, individuals, groups, institutions, spaces, etc. that significantly impact the health of our population. To address the health problems of a community, we also need to consider the social and psychological dimension that can deal with the root of the problem. Social prescription shouldn’t be a hierarchical exercise imposed on patients, but a tool to make people and the community stronger by helping to improve their welfare.