Associate Professor at the University of Barcelona’s Geography Department 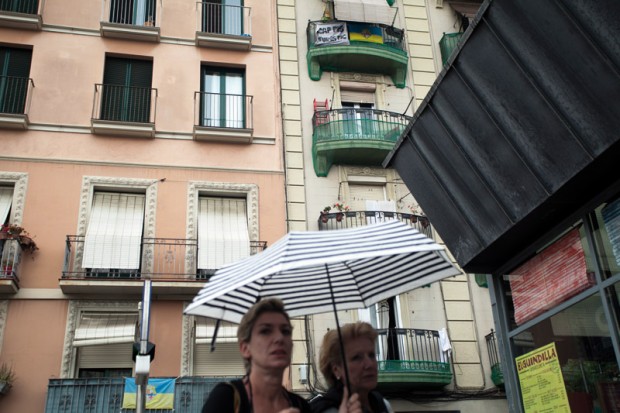 Barceloneta has suffered the consequences of property speculation for years and residents’ movements have been a constant. In the photograph, a street in Barceloneta with a banner on a balcony denouncing tourist apartments.
Photo: Arianna Giménez

The viewpoint and differential needs of women have been excluded from urban models. Instead of taking their experience into account, neoliberal urban planning has focused on creating spaces that favour gentrification and uphold stereotypical gender roles. Exclusionary policies have caused the feminisation of poverty, which has had a particularly visible impact on neighbourhoods popular with tourists.

In social movements that fight for the urban space and highlight inequality, the role of women is usually crucial, although not as visible as it should be. Feminism and grass-roots urban movements appear to take different approaches in the battle to redefine unequal relationships: one through body politics; the other through the fight for urban space. The movement itself is clearly gendered, as another concrete manifestation of gender inequality, but with the gender differences represented in the division of the urban space.

The living conditions and the role of women in the dilapidated central neighbourhoods currently in the process of gentrification are little-documented phenomena. In the case of urban movements in Barcelona, grass-roots feminism finds its expression in multiple movements with different ways of fighting for an urban space that smash the stereotypes of female passivity and bring women out of situations of vulnerability and onto the path of resistance. There, they can demand the right to housing, the creation of community spaces and the protection of working-class neighbourhoods from speculative urban redevelopment processes that favour the tourism industry.

Real-estate mobbing has become the clearest manifestation of the constant displacement of the poorest people as a result of neighbourhood gentrification. When an area is considered to be attractive, it triggers speculation mechanisms and evictions, which particularly affect women on low incomes, both of which bring about a spatial re-concentration of feminised poverty.

The Ciutat Vella housing market is characterised, in the first instance, by dilapidated housing arising from a process of underinvestment by the owner-landlords of apartment buildings, as well as by the accumulation of old-style protected rents, established under the 1964 Rent Act, which provided for indeterminate contracts and prohibited rental increases. Another of the defining characteristics of this property market is the high concentration of irregular contracts for immigrants. Lastly, the revaluation prospects for buildings open to urban regeneration plans at various times have exacerbated a policy of social expulsion with different cycles that have coincided with large urban redevelopment projects, periods of crisis and urban regeneration plans. Against this backdrop, real estate mobbing has become a habitual practice that has only recently been classified as a criminal offence.

A newspaper headline in 2005 had already denounced this offence of mobbing and recognised that the problem had a gender dimension: “Real-estate mobbing is up 25% in Barcelona. The majority of cases occur in Ciutat Vella and affect older women who live alone.” The areas around heritage buildings are vulnerable to more aggressive speculation and development for tourists, as was the case of the mobbing incident that affected 24 families living near the Picasso Museum in 2015, when the City Council itself ordered an inhabited building to be demolished without declaring it as derelict, as was required by law, or considering how it would affect the residents. In the face of mounting pressure, one protected-rent tenant resisted the real-estate aggression, with local resident support, and was finally rehoused.1 In this case, the building in question was an old factory with housing, which eventually became a property with great development potential owing to its proximity to the touristic area of El Born.

In 2009, the Association of Victims of Real-Estate Mobbing (AAMI) was created by lawyer Laia Serra to raise the profile of mobbing cases. Here, a 70-year-old victim recounts her experience:

“I’ve had problems with mobbing since 1996. The people who are primarily affected are older women on low incomes. We have suffered 20 years of serious harassment. Creating fear is the basic strategy of real-estate bullies: cutting off water, unpaid bills, threats, allowing rat populations to go unchecked, moving troublemakers in. Such bullying tactics go on because private property is valued above human rights here. That’s why we founded the association to combat real-estate mobbing. People are beginning to become more aware and are losing their fear.”2 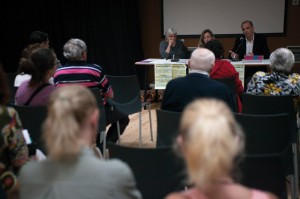 Another prime example of social mobilisation took place in Barceloneta in 2008, championed by the Residents Association of L’Òstia (AAVVO) (L’Òstia is a neighbourhood in Barceloneta) and the Platform for People Affected by the Amended General Metropolitan Plan (PAMPGM), two collectives comprised mainly of women who are aware of the neighbourhood’s housing problems and reject the so-called Elevator Plan. By means of social protests, these two collectives managed to put a stop to a large urban planning project that would have led to the re-urbanisation of Barceloneta. On the face of it, the plan was aimed at improving accessibility; in reality, it was promoting a major speculative programme and the wholesale destruction of traditional housing. It portrayed a politically correct discourse that advocated the development of a neighbourhood made completely accessible, but in reality it was concealing a huge real-estate project to evict residents paying moderate rents and increase the number of apartments for tourists.

These types of protests and many other less visible struggles exemplify the transgressive use of the body to show how urban landscapes are being transformed by neoliberal projects. The body has a say in social demands when these are converted into public manifestations of inequality; stage sets with an enormous potential for subversion that reveal the artificial nature of projects and their commercialised view of the public space and social rights.

These manifestations of grass-roots feminism are the public expression of the hidden implications of neoliberal planning, with its social welfare cuts and prioritisation of the city’s image over human wellbeing. In this regard, the allegories used by these movements are subversive forms of discourse and practice with which they decry the mechanisms that create exclusive and excluding urban landscapes.