Journalist residing in London, where he was correspondent of El País between 2001 and 2014 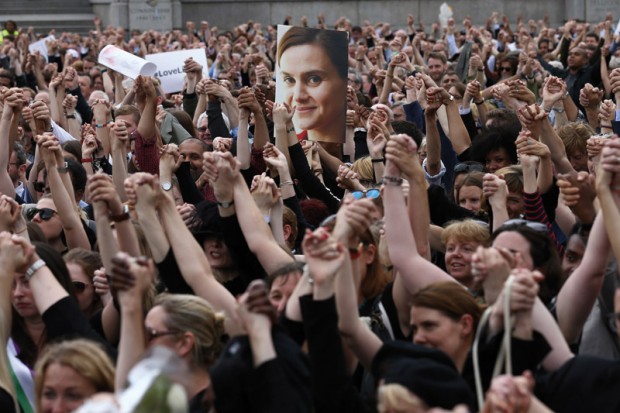 Rally in memory of the Labour MP Jo Cox in Trafalgar Square, London on 22 June 2016, six days after she was murdered by a neo-Nazi for her support in welcoming immigrants, and her opposition to Brexit. Cox inspired the creation of a governmental department focusing all the public resources dedicated to combating loneliness.
Photo: Justin Tallis / AFP Getty Images

Monseigneur Michael Bernard McPartland spent more than fifteen years on the remote Falkland Islands, where he was the apostolic prefect of Pope John Paul II, and also head of the sui juris mission to the equally remote islands of St. Helena, Ascension and Tristan da Cunha. Oddly enough, this English priest was not so bothered by the apparent solitude that goes with living in such a solitary and distant place, as much as the absence of that solitude.

“There are two things that the English appreciate above all else: anonymity and their private life. Here you are denied both. You live in a fishbowl. Everyone knows everyone. But once you get used to it, then it’s quite all right,” he told this journalist in 2012, as part of a feature for a Spanish newspaper to mark the 30th anniversary of the Falklands War, fought in an archipelago larger than the Spanish region of Murcia, but with scarcely 3,500 inhabitants.

“In the 10 years I’ve been here, I’ve never been to the pub for a drink. And nobody likes a drink more than me. In England I love going to the pub, in my civilian clothes, but I’ll be anonymous there, no one knows who I am, and more importantly, no one cares who I am. Here, either everyone would fall silent or would change the conversation while they were sober, but after a few drinks they would start asking questions I couldn’t answer,” the priest added. He returned to England in 2016, and died a year later, at the age of 77. McPartland missed the lack of privacy in such a small, enclosed community, and appreciated the anonymity that the big city offered him. Overwhelmed by the absence of that anonymity in the Falklands, he made a virtue of what for others is a torment: solitude.

After more than 15 years living in London, this journalist is still surprised by the silence that reigns on the Tube, and how hard it is to strike up a relationship with one’s neighbours (unless walking the dog or having a pint of beer in the pub, the only place where the English forget their rigid social conventions). A survey conducted in September 2016 among 20,000 readers of the magazine Time Out in around 20 cities worldwide made London the world capital for loneliness among its population.

No barriers of age, class or gender

In the United Kingdom, the problem has become so acute that the Government decided earlier this year to focus one single department on combating the scourge of the 21st century, creating a kind of Ministry for Loneliness, in line with the recommendations of a commission set up in 2016.

The commission itself continued the work previously conducted by Jo Cox, a Labour MP who had experienced first-hand the problem of loneliness in her youth, and once in Parliament discovered through her constituency of Batley & Spewn in Yorkshire, in the north of the country, that it is in fact a problem that knows scarcely any barriers of age, class or gender, although it has a greater effect on people who live alone and are not well off. Jo Cox, who defended the arrival of immigrants and refugees and argued against the United Kingdom leaving the European Union, was murdered by an English neo-Nazi who stabbed and shot her in the middle of the street in Birstall, in northern England, a few days before the Brexit referendum.

The report she inspired, and which prompted the British Government to set up its loneliness ministry, highlights that there are more than nine million adults in the country in a state of permanent solitude, and that 43% of youngsters aged between 17 and 25 also suffer the affliction. For 3.6 million British people aged over 65, television is their only daily companion.

It is estimated that half of English people aged over 75 live alone. There are more than two million of them, and many can spend days or even weeks without having any type of social interaction: more than two hundred thousand old people go a whole month without speaking to a single friend or relative.

Simple and inexpensive ways to help

And yet there are simple and very inexpensive ways to help in such cases. Stopping to talk with them in the street, for example, without showing signs of being in a hurry, understanding that the elderly lady who might seem such a pain when she gets talking, may not have spoken a single word to anyone in days. We can help out with small details like doing the shopping for them, picking up a medical prescription, taking the dog for a walk. Offering to accompany them to the doctor, to the library, to the hairdressers. Volunteer work to spend a little while each day or week with people who live alone. Helping them with their household chores, from changing a lightbulb to getting rid of some junk or hanging a picture on the wall. Or just having a meal with them. 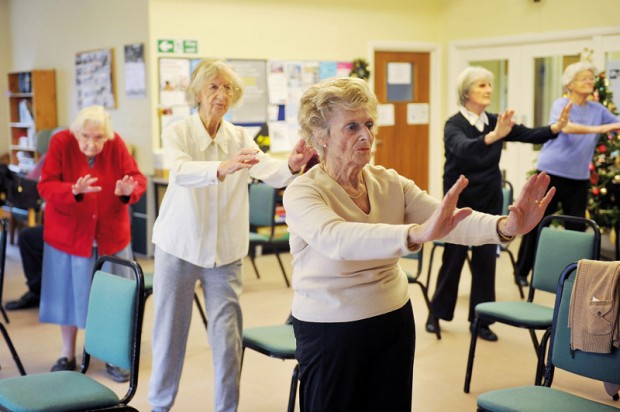 Young people can also need a little of this unexpected company: talking to someone who does not prejudge them on their appearance, who will help them find a way out of their problems, encourage them to express themselves, even if just through social media.

The problem is particularly acute among people suffering dementia, immigrants and asylum seekers (in London, 50% of them see loneliness and isolation as the greatest challenge they face).

Loneliness has severe economic and public health consequences. It is estimated, for example, that a lack of solid social relationships is as bad for your health as smoking 15 cigarettes a day. Three out of every four British GPs believe that 20% of the patients they see each day make an appointment because they feel lonely. Loneliness costs the country’s businesses around 2.5 billion pounds a year, and the cost to the British economy of this lack of connection among communities is 32 billion.

How can a ministerial department help resolve the problem? The United Kingdom’s aim is not so much for the Government to take on the fight against this epidemic, but rather to use it as a catalyst for the efforts already being made by bodies in both the public sector (such as the NHS) and the private sector (charities such as the Red Cross, Age UK, Action for Children, Campaign to End Loneliness, etc.).

One of the aims is to create a national loneliness indicator, to seek out tools to measure the phenomenon, draw up an annual report that would serve to examine the evolution of the available data, invest in programmes to spotlight the measures that work, or to launch campaigns with easily understandable messages to help individuals link up with one another. Ultimately, to create a situation in which loneliness is no longer a problem either for people who live in isolation in remote places, or for those who feel lonely amid a crowd.