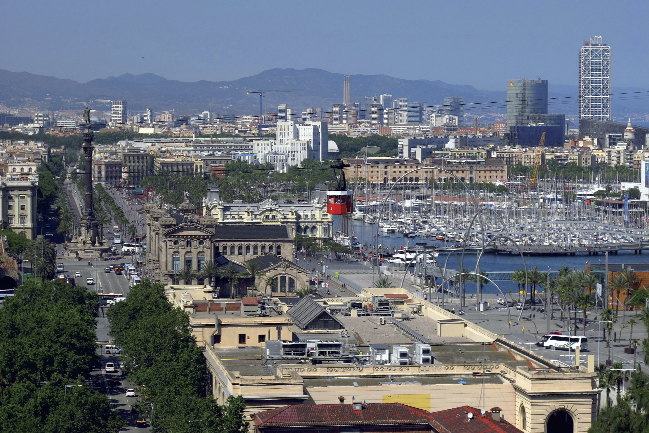 The president of the Rockefeller Foundation, Judith Rodin, defines resilience as “the capacity to bounce back from a crisis, learn from it, and achieve revitalization”. Building resilience means that cities can anticipate or mitigate against potentially disastrous situations that can affect their normal activity and, in the worst of cases, identify or at least respond in the best possible way to problems that can be neither predicted nor avoided.

Rodin does not limit resilience to simply rolling with the punches and struggling through, but widens its scope to include the opportunity to turn misfortune to favour. Rodin even talks of dividends when referring to the abilities and benefits that are by-products of building resilience, the keys to which are awareness, availability and the capacity for responsiveness and revitalisation. Ideally, Rodin says, “the more we are able to deal with disorder, and the more skills we develop to build resilience, the more we will be able to create or take advantage of new opportunities, both in the good times and the bad. These are the dividends that come from resilience.”

Building resilience is becoming more and more urgent, something ever more needed in a world where volatility is the new normal. A quick look at the newspapers is all you need to see that not a day goes by without some upset to daily life: a cyberattack, a new virus, a devastating storm, a terrorist attack, a systemic failure, a natural disaster or a sudden collapse on the floors of the stock exchanges can have destabilising effects on huge numbers of people. Rodin points to three fields of disruption that both belong to and define our present times: urbanisation, climate change and globalisation.

The world’s population is concentrating in urban areas at a relentless pace, with ever more people leaving the countryside in favour of cities. The improvised and disorderly growth of major cities leads to pockets of population that are extremely vulnerable to the threats of climate change and epidemics. The disorderly expansion of large metropolises also affects ecosystems: the effect of urbanisation is not only social, but ecological, too.

The second great challenge facing humanity in this new century is climate change, with recurring natural disasters that are ever more frequent and severe. We are anxious witnesses to global warming, rising sea levels, floods and droughts, all of which cause displacements of populations and have paved the way for a new type of exodus, that of climate refugees.

The third defining factor of the present time is globalisation, which has accelerated the changes we are experiencing, introducing previously unknown hazards and variables. Furthermore, globalisation has added complexity to our systems and has brought with it extra economic instability. Given that everything is interconnected, Rodin says, in a massive system of systems, one disruption often triggers another, which may in turn exacerbate the effects of the first, leading to the original shock snowballing or even avalanching. For example, a storm can damage infrastructure and quite easily result in a public health problem, so an initially small disturbance can end up leading to a large-scale catastrophe. According to estimates by the World Bank, almost 4 trillion dollars were lost worldwide between 1980 and 2012 due to natural disasters.

Resilience is not innate or genetic, but rather a quality that can be developed, be it in a person, a community or an organisation. According to Rodin, a city needs six fundamental values if it is to be resilient: awareness, diversity, redundancy, integration, self-regulation and adaptation. 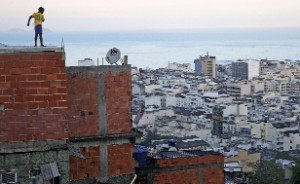 It is essential to know your strengths and limitations and to be alert to possible threats and risks, but just being aware of your vulnerability is not enough. Faced with a crisis, you have to be able to take in new information and adjust to the changes that are happening in real time. “The management of city services involves a great deal of complexity because of the high number of stakeholders who play a part in the process”, says Ares Gabàs, head of Barcelona City Council’s urban resilience programme. “The necessary tools and organisational structures must be built in such a way that they enable the management of the city to be approached in a transversal manner that connects sectors”.

Taking care of all this begins with the management of incidents affecting city services, and this is done through the Operations Centre of the Urban Habitat Department, a key tool in the process of creating resilience. The centre’s mission is to confront critical situations that could compromise the working of the city, addressing issues with the different agents and operators that are involved in managing city services, in both the public and the private sectors.

The Operations Centre deals with any incident detected in the public sector that urgently calls for action or repair and is organised in three shifts to give 24/7 coverage in the event of any emergency in Barcelona. It receives alerts from proactive services and the public, and then organises operatives into immediate response teams that are distributed across the city, guaranteeing rapid de-escalation  or the removal of dangers occurring in public areas. 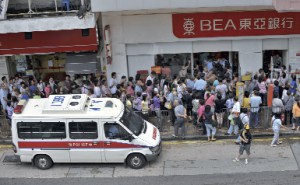 © Mike Clarke / AFP / Getty Images
A crowd tries to withdraw money from BEA bank in Hong Kong following rumours about the relationship between the entity and the failed Lehman Brothers, September 2008.

To be resilient, a city needs to have a variety of resources –to the point of redundancy – so that its activity is not disrupted when one part of the system fails.

An example of redundancy can be found in the agreement between Barcelona’s metropolitan transport company TMB and Urbaser, the company that manages the city’s waste collection. Both TMB’s buses and the waste collection trucks run on gas and each have their own filling stations. However, in the event that one station ran out of fuel or any other incident were detected, the buses or trucks would be able to make use of another station.

Incident management requires more than having reflexes and good fire and police departments. All the information relevant to the workings of the city needs to be integrated. According to Rodin, for a system to be properly integrated, all functions have to be coordinated and systems need to be able to work collaboratively with one another to find solutions that bring cohesion. To achieve this degree of integration, information must be shared and communication must be transparent.

In order to address this organisational challenge, Barcelona’s resilience team has created a so-called Situation Room. This is an information management platform whose goal is to offer an integrated view of the city’s operations, piecing together all the relevant data from the constituent systems. “The organisation of the city’s services is complex because of the number of different operators involved, as well as the fact that, in spite of the clear interdependencies that exist between different systems, they often fail to manage their information in a cooperative way”, Gabàs explains. “The Situation Room represents a new opportunity to share information between all parties involved and enables joint analyses of data that were impossible to correlate until now. This brings with it new knowledge to support decision making, be that at a strategic or an operational level”.

With this desire for integration, an initiative called the Barcelona Urban Resilience Partnership was recently created and promoted by the City Council. In the context of the UN-Habitat’s City Resilience Profiling Programme, the aim is to foster and consolidate public-private partnerships with the companies that provide the city’s services (Acsa, Aigües de Barcelona, Cespa, Endesa, FCC, TYPSA  and Urbaser), consultancies and engineering firms (anteverti , BAC  Engineering Consultancy Group, Institut Cerdà and Opticits), academic institutions and research centres (BSC and CIMNE). 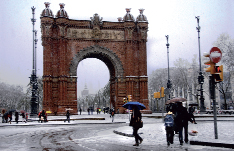 Cities must have self-regulation mechanisms that mean they can be affected by breakdowns without suffering widespread collapse, dealing with exceptional circumstances without a domino effect occurring.

For example, it is well known that the water used by Barcelona’s population comes from two main sources, the rivers Llobregat and Ter, which are channelled to neighbourhoods in approximately the south and north of the city, respectively. However, three years ago there was a serious fault in the pipework, which could have left half of the city’s population and part of the metropolitan area without services. Catastrophe was avoided thanks to a conduit commissioned not long beforehand which connects the Ter and Llobregat networks via the Collserola hills, allowing water from the Llobregat to be diverted to areas normally served by the Ter. The breakdown could have caused severe disruptions, but hardly anyone even knew about it, let alone had cause to get upset.

A city must be able to change in line with the new circumstances that a crisis situation creates. This could mean developing new plans, implementing new actions and, in some cases, changing behaviour to avoid future problems. In the aftermath of the devastation wreaked on New York by Hurricane Sandy, the city government decided to look for a solution that would meet future storms head-on. Instead of building a taller dyke, sure to be eventually overcome by another hurricane, they decided to create parks along the coast to serve as areas for the public in fair weather conditions, whilst simultaneously providing land that could be flooded in the event of severe storms.

With the same purpose, adaptation, Barcelona City Council has created the so-called Resilience Tables. The initial objective was to reduce the city’s level of vulnerability to dangers related to infrastructure and service networks. Nevertheless, it now has a wider scope, covering natural and man-made dangers that could affect the guaranteed continuous operation and performance of the city’s services. 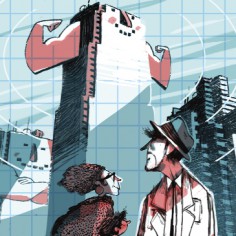 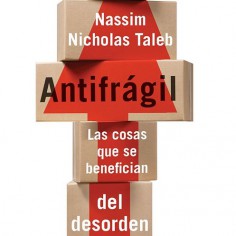 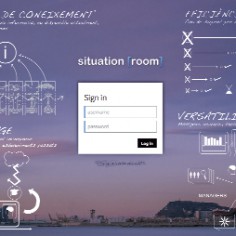 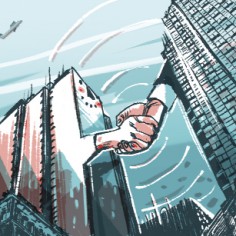