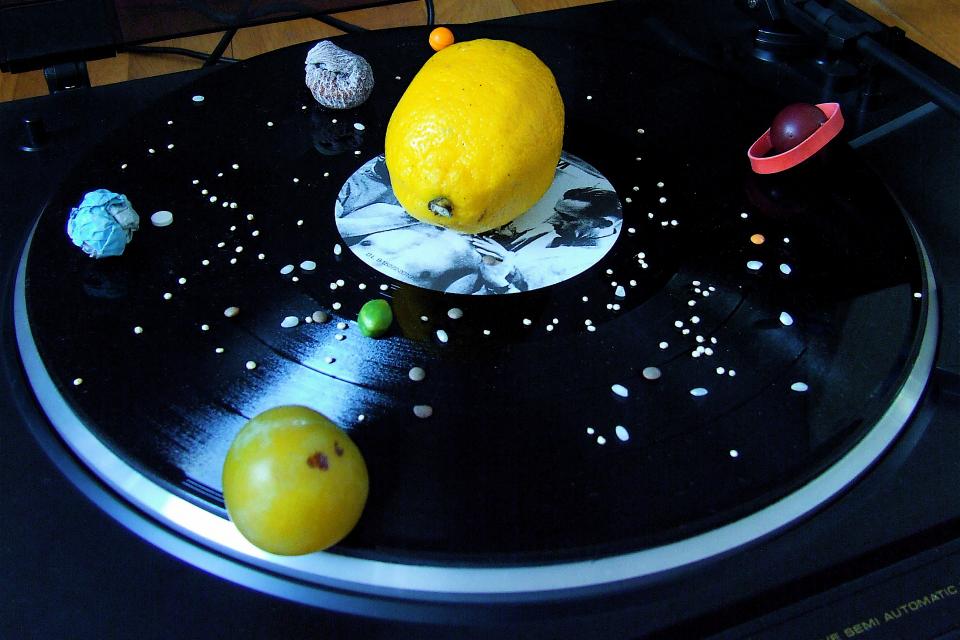 This project commenced as a research study based on scientific theories as to what is infinitely large and infinitely small. It is proposed as an approach to science “by a mind that is not particularly scientific”. After asking recurrent existential questions, like Who are we?, Where are we going?, What is the universe?, Is it infinite?, Where is it?, Where does it end?, What existed before the Big Bang?, in 2010, Cris Blanco (Madrid) laid down the bases for Ciencia-ficción – a performance, a concert, an audio-visual reflection on the cosmos and beyond.​

In the quantum world, they say that until something is observed all possible situations are occurring at the same time. Until someone observes it. At that moment nature chooses one of the different possibilities. Thus, in Ciencia-ficción, everything is happening, all at the same time. That is until you go in and see it.