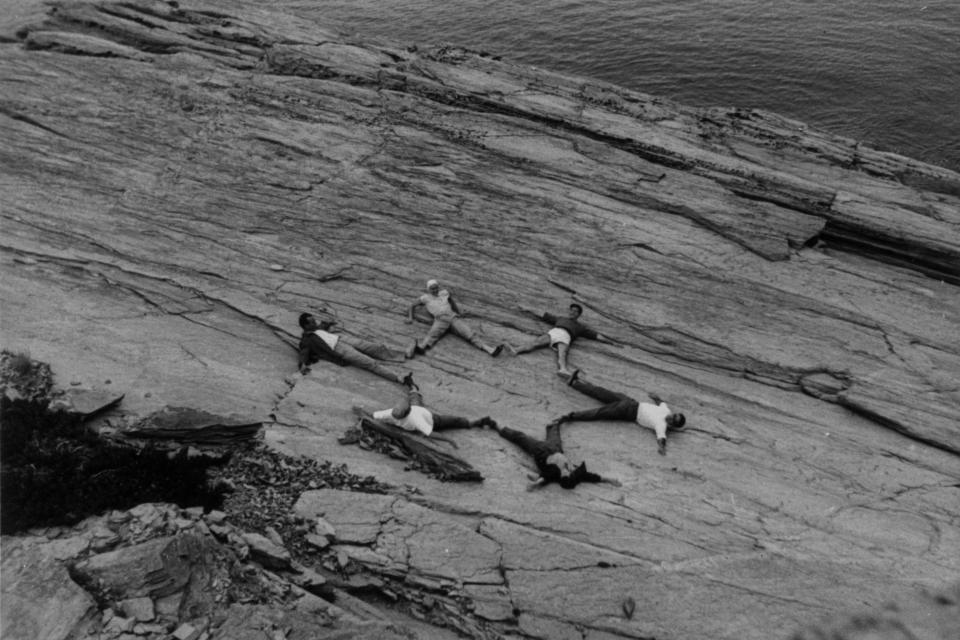 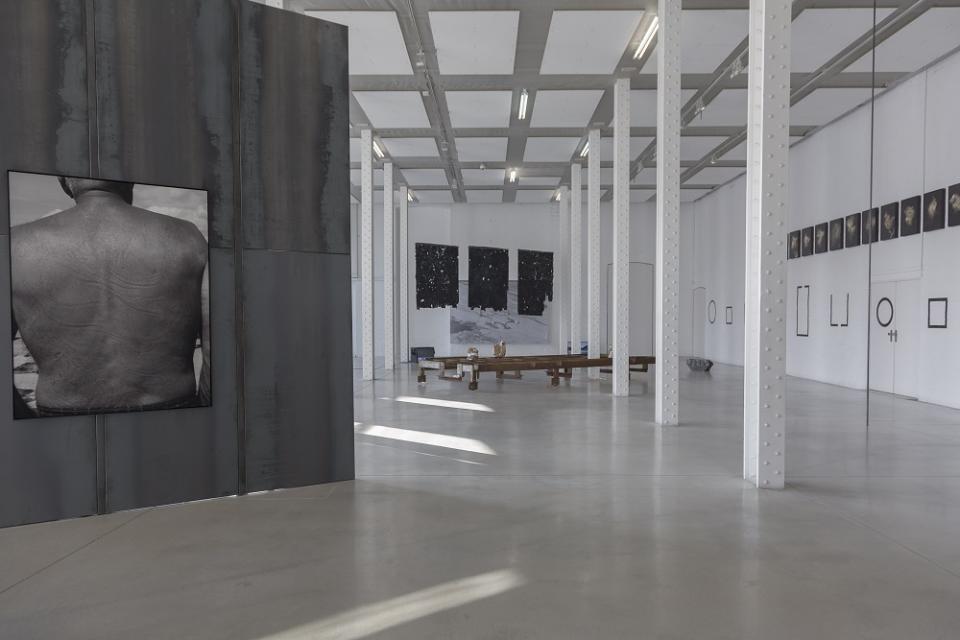 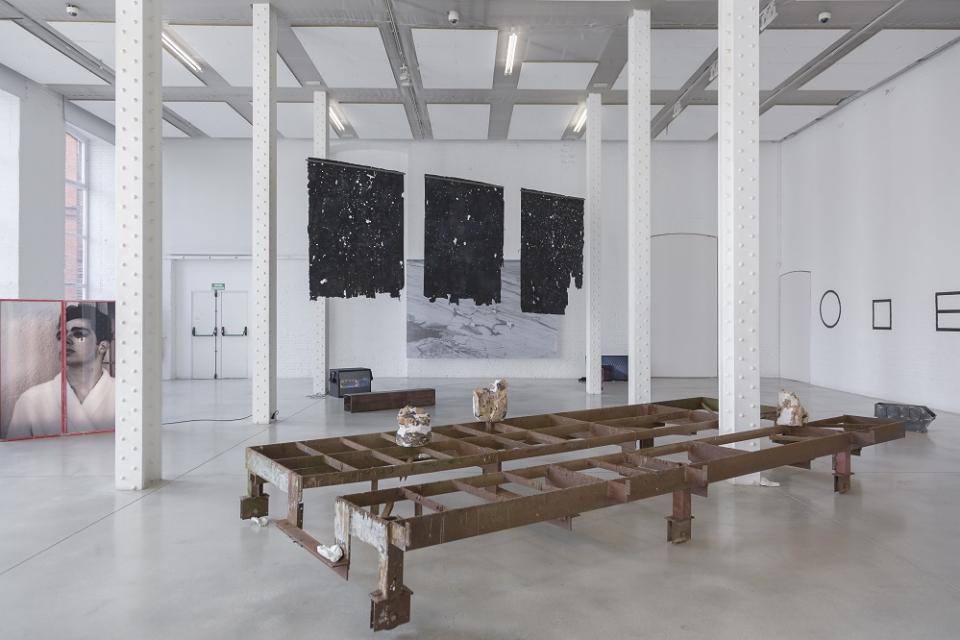 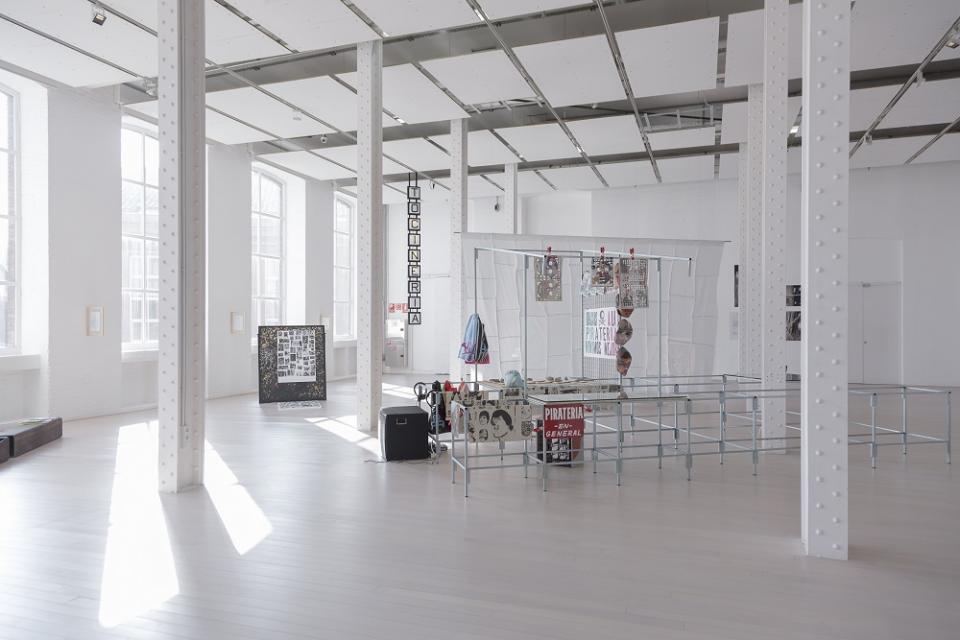 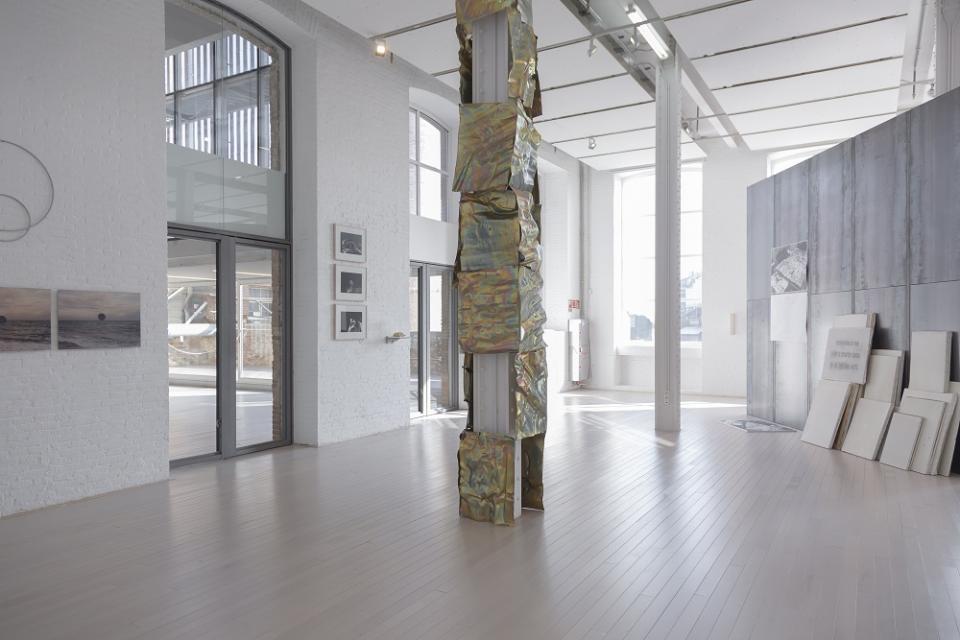 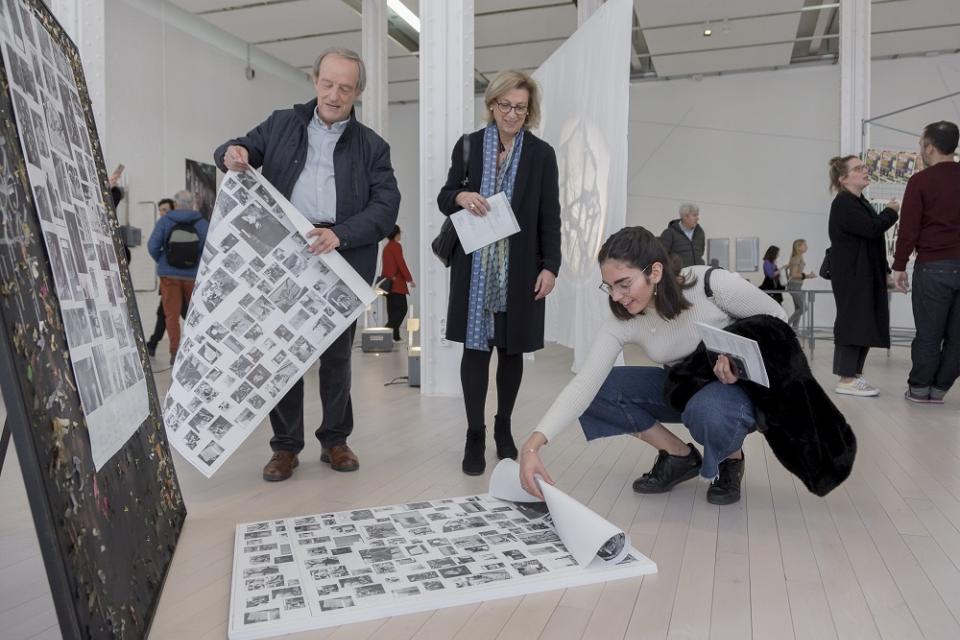 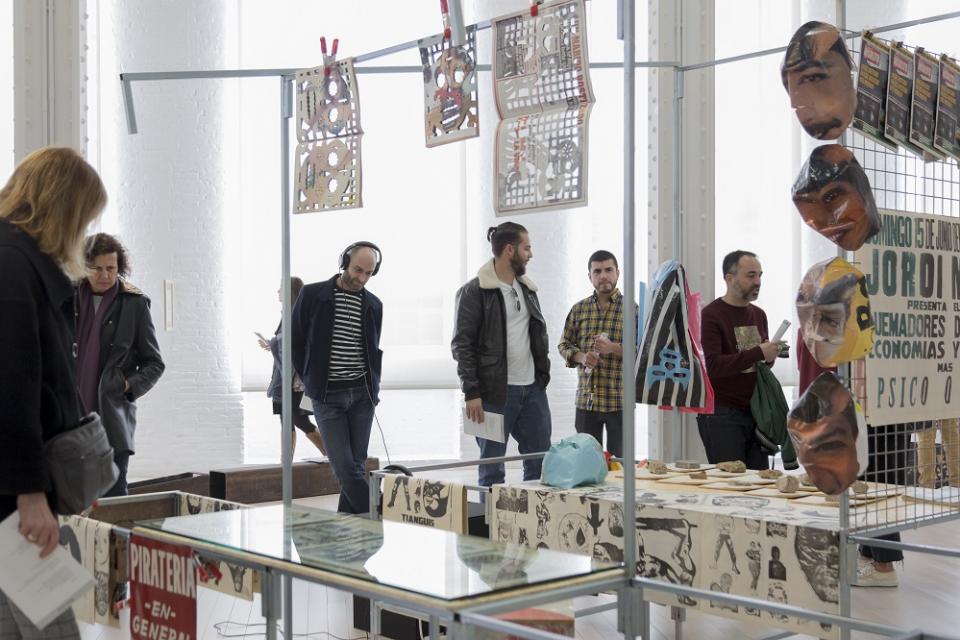 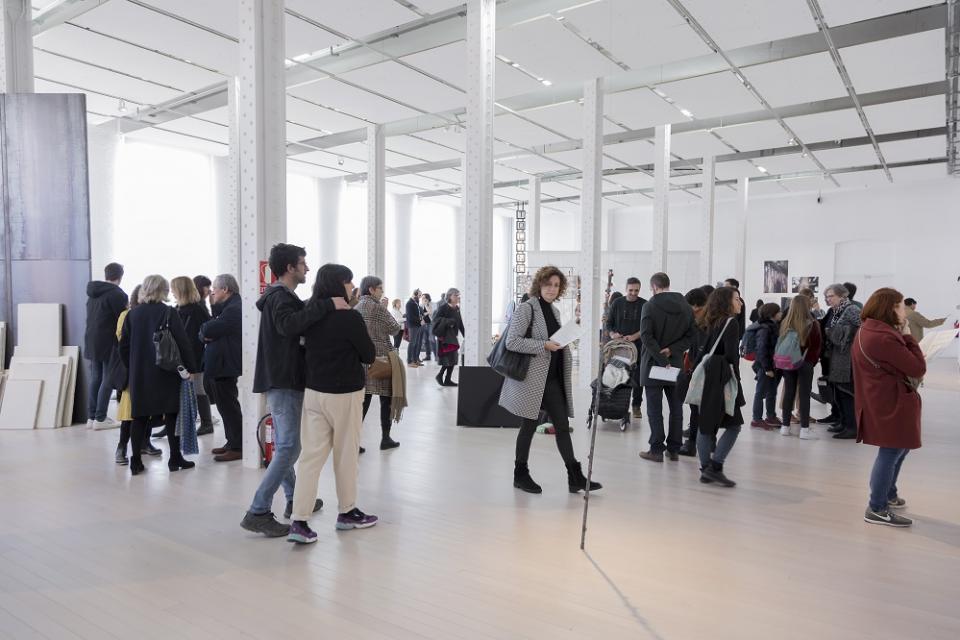 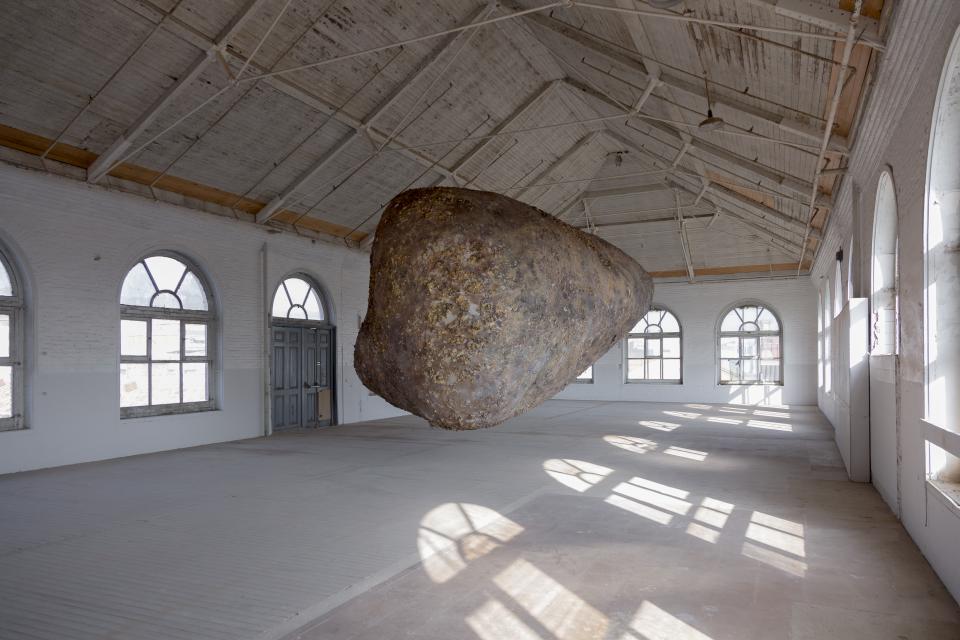 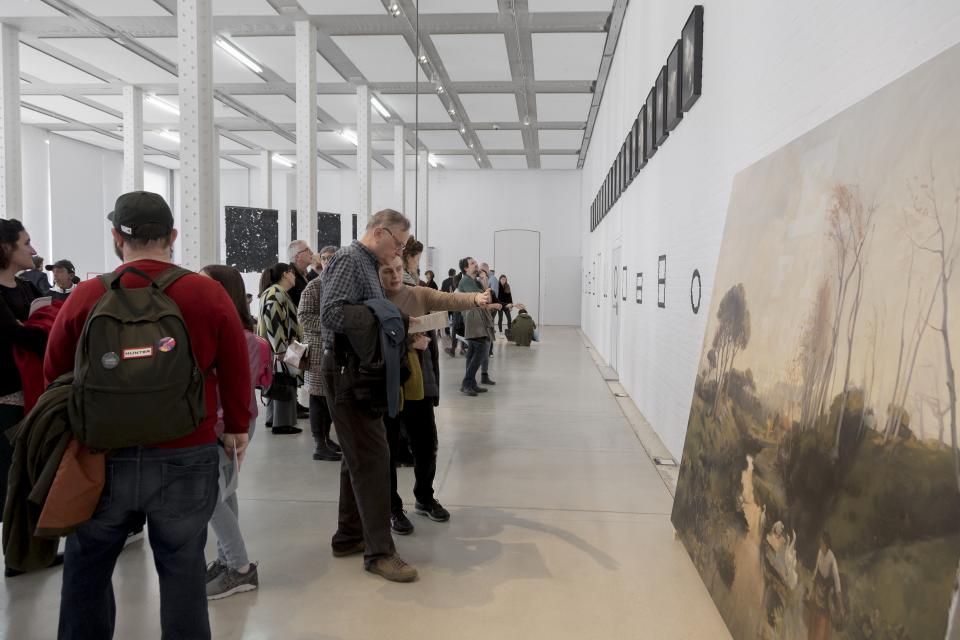 Notice: this exhibition is extended until September 27, 2020. Due to the current health situation by COVID-19, the video pieces Artificial and Traduçoes do original have been temporarily canceled, which can be viewed online here and here, respectively.

Jordi Mitjà revives and manipulates the most diverse techniques, objects, images and sounds. From a chance finding to working with iron, from the world of books to research on materials, from local stories to disused customs, Mitjà works by engaging with the area where he lives and where he grew up, the Alt Empordà. He says that he made his early creations in secret using remains that he found in his father's metal workshop, but his father, believing they were scrap, threw them away and since then he has never distinguished between art and rubbish, between what he gathers and what he makes. His work is therefore born of an ambivalent process between territory and decontextualisation, invention and copying, accumulation and rejection, which trigger his practice and a reflection on the creative act that blurs the concepts of authorship and anonymity, construction and destruction, relic and remnant.

The confrontation between family profession and artistic practice relentlessly pervades his trajectory. What is excluded or marginal is vindicated as distinctive and genuine, where popular culture seamlessly mixes with all deviations of art, from artisan to amateur, from outsider to forger or copier. Inverting the syndrome of imposer, Mitjà reassesses figures such as the famous forger Elmyr de Hory or Uri Geller, the personality who used to bend spoons with the power of his mind and from whom the exhibition title is taken. It Happens Every Day is the beginning of My Story, the first chapter of an autobiography in which Geller explains how something ordinary can be incredible. Between television trickery and the family workshop, appears the extraordinary speculation of day-to-day achievement. The most surprising appropriation and heterogeneous collection is thus found through day-to-day effort and waste. A duality that is not resolved but integrated, a non-exclusive dialogue between utility and artifice, work and pleasure; and today, finally, a recognition of the figure of his father, who since retirement, has begun to paint.

Questioning the beginning and end – the origin and purpose – of his profession leads him to seek the limits of the elements with which he works. The same perseverance that bends and reduces what is solid, makes a thing that is insignificant, whether forgotten or ephemeral, great and virtuous. This is how Mitjà explores the dyslexia of things. He challenges the representation of images and plays with the aspect and use of materials, contradicting appearances and experimenting with their physical, temporal and, in addition, symbolic resistance, discovering, with humour or by force, our conventions.

Attracted by the process, study and accident, his way of doing moves between anarchic intuition and an obsessive insistence that he takes from here and there and then abandons, resumes and starts over. This is why, all too often, he does not show what he creates. This is why this exhibition is an approach to the artist with the shared intention of examining his career in-depth and giving visibility to a collection of his work that, until now, has only been shown partly or in fragments, around Catalonia.

On this occasion, Mitjà has reviewed his career from an updated viewpoint, in other words, he has selected previous pieces based on which he has created new ones. A specific project, that isn’t exactly unpublished, but a version of versions that are mirrored in time and space, using the two floors of Fabra i Coats to create a reflection, but adding a butterfly effect to the specular impression. In line with his work, this review could not be a simple recap, nor evocative or exhaustive. Here the boundaries between past and present are blurred in a non-retrospective reading that remains open.

In this turnaround, the beginning of the exhibition is at the end of the building. This piece, Dispersió de la primera pedra, which motivated the invitation, is an inflatable in the shape of a stone that Jordi Mitjà created for the exhibition Canòdrom 00:00:00, a group show that relocated the art centre of Barcelona. Housed until 2008 in the old convent of Santa Monica, its relocation was, however, unfortunate, and the opening, in April 2010, without the renovation works completed and with the debate still on-going regarding the building and the budget management, was the first and last.

"The idea of ​​the first stone lifted up into the sky like the beginning of a new voyage", assured the cover of the catalogue. "The first stone thrown into the air" wrote Mitjà in contrast, almost premonitorily, about this giant stone-like globe that could be seen from the Meridiana avenue. By lifting it up, rather than burying it as dictated by protocol, the artist joked about the spectacular nature of the gesture (meaning any stone) and the solemnity of the moment (extending the ceremony to the public space and dispelling it in time, as the subtitle of the work said: For the permanent opening of the Canòdrom). Mitjà thus undermined the importance of the inaugural act and of the whole institution.

Premonitorily, we say, and that’s because the idea of ​​keeping the foundational gesture alive and permanent really blew up when it was decided that the art centre be relocated once again. Today, as we launch a new chapter, hopefully, a more stable one, we wanted to bring that First Stone of the Canòdrom to Fabra i Coats. But this time, so that it isn’t simply an innocuous gesture that could end up being thrown, so that it really takes root, we must do it together. That is why we have worked with two secondary schools in the area, Martí Pous and La Sagrera (one with a new building, the other in temporary huts), to bring it here. And on the way, in an act of memory and self-criticism, reflect on the constitution of buildings, the false exceptionalness of a rock and the sham of any originating act, which inaugurates nothing that cannot be undone and started over.

Free tours of the exhibitions every saturday at 18.00 and sunday at 12:30h. Free pre-registration at centredart@bcn.cat until 14.30 on the Friday before the weekend. Maximum capacity: 10 people (COVID-19 measure). 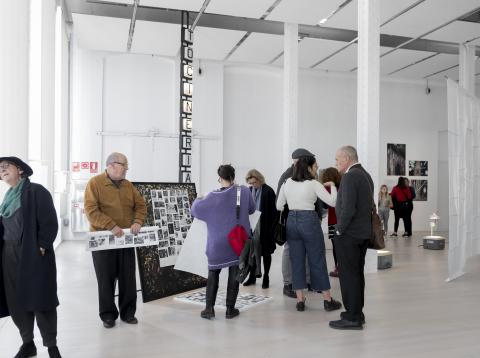