Living In-between aims to be a device that activates the Fabra i Coats - Contemporary Art Centre as a creator and catalyst of interactions between contemporary artistic practices and other social spaces. It intends to be a mechanism that reflects and responds to the emergence of new ways of making and of rethinking the institutions, and that understands artistic practices and collective processes as essential instruments with which to activate transforming strategies that have a bearing on both the cultural ecosystem and on the social context into which they are inserted.

It is a proposal that means collectively inhabiting a space, crossed by the transit between the past of the textile factory and the current art centre model, and that also aims to point towards forms of institutionality in culture with complex and systemic structures. The programme wants to pose the question in a critical way, from forms of working that combine research processes with production, archiving, mediation, participation or debate, and at the same time it proposes to amplify them through the activation of networks and the socialisation of contents and experiences.

The project’s first phase, organised into four programmes (Antenna, Loom, Overflow Culture and Spaces in Transition), was developed through exhibitions, research, workshops, long-term collaborative projects, activities, conferences and connections with different organisations both from the nearby context and the entire city. These practices have represented an initial making of contact and a cultivation of other ways of inhabiting and putting into circulation culture with various initiatives. Based on this experience, in this second phase the programme is proposed as a research process with which to analyse in depth how contemporary cultural practices can function as a tool for weaving the city. From this viewpoint, the urban is understood as something diverse in motion, organic, in transit and undergoing constant mutation. The city is presented to us as the weft upon which to weave other ways of constructing citizenship, of defending rights, of interweaving new alliances between culture, society and territories; in short, of situating ourselves, inhabiting and building the city between all of us. On a methodological level, this phase is structured into two parts. Firstly, based on an intersectoral committee, called La Urdimbre (The Warp) with the organisations and initiatives already being worked with and other new ones that may join. The committee generates alliances and complicity and promotes networking from specific problems and practices in situ. Secondly, Weaving the City is shown based on dynamic spaces for the exhibition and socialisation of both processes and results, which will reflect the complexities of the themes proposed as catalysts.

From Living In-between there is a proposal to experiment with ways of designing and generating other cultural policies of proximity integrated with contemporary artistic practice, expanding the notion of cultural practices and exploring diverse forms of institutionality from which to construct culture and citizenship.

How can we trace collaborations and complicities between different organisations?

Is it possible to generate community and work in a network from cultural practices that are cross-disciplinary?

Can we generate alternative spaces of dialogue and participation between collectives and diverse practices relating to specific common problems?

What possible role can a contemporary art centre play in the territory where it is located?

How do we generate spaces in order to inhabit, be, coexist with and decide on the public cultural institution?

How can we tell the stories and life experiences of the neighbourhoods from the plurality of narratives and viewpoints and thus generate community spirit?

How does the transformation of mechanisms and spaces for production – including artistic production – affect the construction of the city model?

What relations do markets and local commerce have with the development of the urban planning model of the neighbourhoods?

What spaces for collective learning can we generate to transform ways of inhabiting, learning about and constructing our cities? 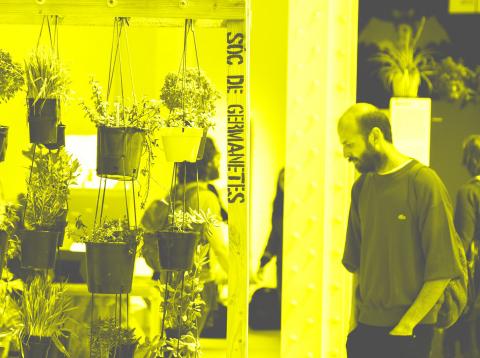 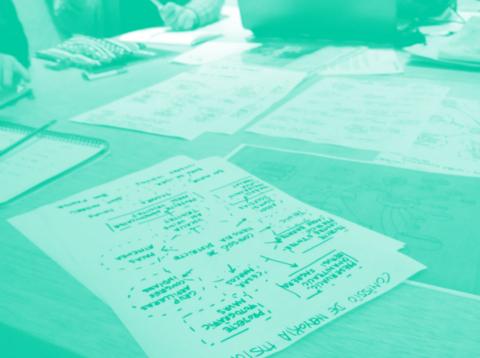 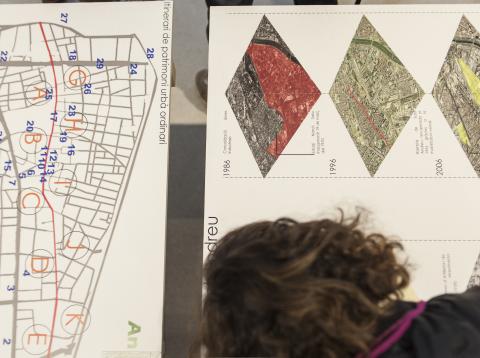