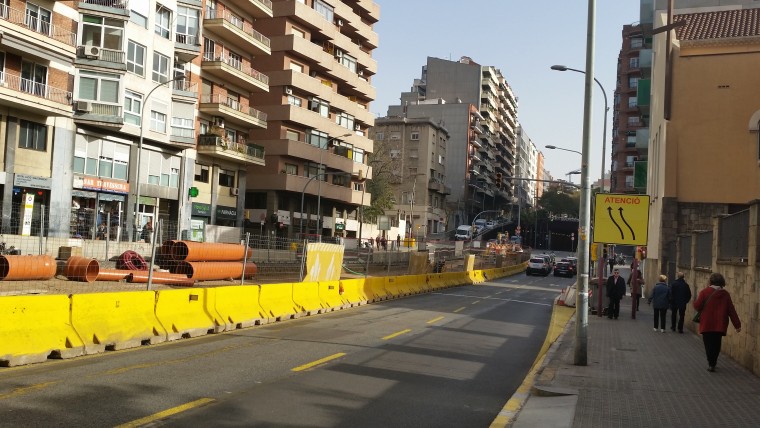 A total of 53 public works operations have been planned for this summer. They are scheduled for July and August, in order to minimise disruptions for the general public. The work means improvements to public areas, services and infrastructures, and this year, they will also include actions concerning mobility.

The public works operations include opening new bicycle lanes and the installation of the first recharging point for electric buses in Barcelona and in Spain.

Other work to be carried out include Hospital del Mar’s air-conditioning network, the finalisation of work on the High-Voltage network between Collblanc and Trinitat, providing the city with a more resilient power network, and accessibility improvements to various FGC stations.

Further impetus will also be given to ongoing large-scale reurbanisation projects , including Travessera de Dalt and Pere IV.

Work on Travessera will be speeded up so that the project can move from Phase 2 (mountainward side) to Phase 3 (seaward side) at the beginning of October.

Throughout the summer, there will also be improvement work to make public transport networks more accessible for people with reduced mobility (PRM).

This includes work to finish the installation of lifts in the Putxet, Sarrià and Plaça Catalunya stations on the Ferrocarrils de la Generalitat de Catalunya (FGC) railway network.

At Putxet, the work will affect one upward lane on Carrer de Balmes; at Sarrià station, all FGC services will be suspended on 13, 14 and 15 August; and at Plaça Catalunya, the pavement and service lane on Carrer Bergara will be affected.

Regarding road infrastructures, in July and August ¡construction work will continue on the Glòries tunnel. Work on this infrastructure will continue to cause traffic disruptions on the River Besòs side (north), while the current road capacity of Gran Via de les Corts Catalanes will be maintained at all times.

Cleaning work has been scheduled for all the tunnels on Barcelona’s Rondes [ring roads]. There will also be surfacing and drainage-improvement work on the Ronda Litoral (B-10) in the direction of the River Llobregat (south), at Plaça de les Drassanes.

The work scheduled for this summer is in order to keep the city’s public service networks in full working order, and to improve their quality and safety, so that the general public can enjoy the best possible services.

The most noteworthy operation is the work to be undertaken on Carrer Josep Sunyol, in the district of Les Corts, which consists of finishing off the extension and connection of the high-voltage cables going into the Collblanc electric substation. Once this operation has been concluded, work on the new high-voltage network between the Collblanc and Trinitat substations will be finished. If everything goes according to plan, this new infrastructure will become operational in the autumn.

The network is 13 kilometres long and crosses the mountainous part of the city (including the districts of Les Corts, Sarrià-Sant Gervasi, Gràcia, Horta-Ginardó, Nou Barris and Sant Andreu) interconnecting the Collblanc and Trinitat substations. This new high-voltage network will comply with one of the agreed investments arising from the severe power cut in Barcelona in 2007. The objective is to improve the power network’s coverage and make it safer throughout the city.

Regarding health and the environment, work will be carried out on sanitary infrastructures. Among other work, it is planned to implement the sewer-system project for Avinguda Mare de Déu de Lorda, between the streets of Panamà and Camí de Mare de Déu de Lorda. This operation will make the best possible use of the summer months, as the area has an elevated traffic density during the school year. There will also be other improvement operations to the sewer system on important main roads: Passeig Sant Joan Bosco, between Plaça d’Artós and Carrer Maria Auxiliadora; Carrer Balmes between París and Rosselló; and on Carrer Muntaner at two different points, at the Mallorca-Muntaner crossroads and on Muntaner between Carrer Aragó and Consell de Cent.

There will also be improvement work on the city’s drinking water and gas networks, as well as on Hospital del Mar’s climate control installation, through the Districlima network (from 27 June to 26 September) in order to centralise the system and so that the heat it consumes can be provided by the Besòs incinerator.

Barcelona City Council has decided to work towards a more sustainable, safer mobility for the city. For this reason, it will be making a major effort in this direction through a variety of operations related to this area.

There will also be improvements to nine of the city’s crossroad traffic-light systems , with the aim of increasing their resilience to incidents and to connect them to the traffic operations centre. This will allow a more agile response to any breakdown that occurs at these locations.

Finally, during the summer months a new infrastructure for recharging electric buses will be installed at Carrer Cisell – Plaça del Nou. This roadside electric recharging point will be the first of its kind to be installed in Spain, and one of the first in Europe.

During the summer months various streets in Sarrià-Sant Gervasi, Les Corts, the Eixample and Sant Andreu will be resurfaced. However, this year no main roads will suffer traffic disruptions, but work will be done on streets that are badly in need of an intervention, improving road safety for both public and private transport.

These operations include resurfacing work on Plaça Prat de la Riba, repairing the bus lane on Avinguda Diagonal, between Plaça Maria Cristina and Pius XII, and the lateral lane of Gran Via between Magòria and Plaça Cerdà.

Various streets in the district of Sarrià-Sant Gervasi will be resurfaced, including Carrer Roman Macaya between Passeig de Sant Gervasi and Avinguda Tibidabo. Preliminary work will be carried out from 27 June to 7 July. This will be done one lane at a time, in order to keep one of the street’s traffic lanes open at all times. The parking lane will be closed, for use during the roadworks.

The milling, resurfacing and horizontal signage work will be carried out on Friday 8 July, an operation that will mean the complete closure of the street to traffic. However, traffic at the crossroads with Carrer Lleó XXIII will not be affected.

Work will also begin on  resurfacing Carrer Reus, in the section between the streets of Camp and Ciutat de Balaguer. This work will be completed in a single phase, on Tuesday 12 July. The work involves uniform milling, resurfacing and horizontal signage, which means that the street will be completely closed to traffic.

Furthermore, Carrer Reus will be closed to traffic at Carrer Muntaner, becoming a cul-de-sac for the exclusive use of local residents and services. The same thing will happen to traffic on Carrer Camp at Carrer Bisbe Sevilla. The parking lane will also be closed on Carrer Reus, between Camp and Ciutat de Balaguer.

Another street to be resurfaced is Carrer Can Mora, in the section between Plaça Jaume II and Carrer Montevideo. The work will be carried out in a single phase on Tuesday 12 July, consisting of milling, resurfacing and painting the horizontal signage. The road will be completely closed to traffic and the parking lane in the affected section will be used for operational purposes.

Carrer Valeta d’Arquer will be resurfaced on 12 and 13 July, between Josep Roura and Marquesa de Villalonga. On the first day, one traffic lane will remain open, and the parking lane will be closed for use during the roadworks. On the second day, the road will be completely closed to traffic, and Carrer Josep Roura will also be affected at the junction with Carrer de la Immaculada.

On 13 July, Carrer Pomaret will be resurfaced between the streets of Immaculada and Terré (lateral lane of Ronda de Dalt). The street will be completely closed to traffic and the parking lane will be closed for use during the roadworks.

Carrer Santa Amèlia is another street in Sarrià-Sant Gervasi that will be resurfaced, in the section between Eduard Conde and Riu d’Or. Preliminary work will be carried out from 18 to 20 July. This will be done in two stages, in order to keep one lane open in each direction. The parking lanes will also be closed for use during the resurfacing work.

The milling, resurfacing and horizontal signage work will be carried out on 21 July. This means that the street will be completely closed to traffic. The 34, 130 and V3 bus routes will be affected during this phase of the roadworks.

Resurfacing Plaça Prat de la Riba, one of the main roadworks in August

In the district of Les Corts, Carrer General Batet will be resurfaced on Thursday 14 July, in the section between the streets of Manuel Azaña and Albert Bastardas. The street will be completely closed to traffic and the direction of traffic flow will be changed on Carrer Carles Ferrer Salat, between Avinguda Manuel Azaña and Carrer Albert Bastardas. The parking lane will be closed for use during the roadworks and the L14 bus service will be affected.

In August, Plaça Prat de la Riba will be resurfaced, in a four-phase operation. The first phase, on 10 and 11 August, will involve sanitation work on the Carrer Manel Girona bus lane. The bus lane and part of the second traffic lane will therefore be closed for roadworks. From 12 to 19 August, the square’s paving stones, drain gratings and manhole covers will be replaced. This work will be carried out in stages, occupying only one of the four traffic lanes.

Carrer Diputació is another Eixample street that will be resurfaced , in the section between Padilla and Marina. Preliminary work will be carried out on 4 and 5 July, This will be done in two stages in order to keep one traffic lane and one bicycle lane open. The parking lanes will be closed for use during the roadworks.

The milling, resurfacing and horizontal signage work will be carried out on 6 July. This will mean the total closure of the street to traffic. The bicycle lane will be closed from Carrer Padilla, with cyclists redirected to the bicycle lanes on Avinguda Diagonal. The V21 bus line will be detoured from its route along Diputació in the section between Lepant and Marina.

Repair work will also be carried out on three areas of deteriorated road surface that have appeared on the Besòs side of Passeig Sant Joan, between Plaça Tetuan and Avinguda Diagonal. Work will be carried out on Carrer Diputació from 27 June to 1 July. This work will involve the temporary closure of the bus lane.

In Sant Andreu, repair work will begin on the surfacing of Carrer Turó de la Trinitat, between the streets of Pare Manjón and Ausona, and on the Carrer Foradada – Carrer Finestrelles crossroads . Work will be carried out  on Carrer Turó de la Trinitat on 27 and 28 June, involving the demolition and removal of the existing road surface. A manhole cover located between Pare Manjón and Ausona will also be replaced. This work will involve the complete closure of the street to traffic between 8 am and 7 pm.

On 29 and 30 June, there will be roadworks on the crossroads between Carrer Foradada and Carrer Finestrelles, with the demolition and removal of the existing road surface. A manhole cover will be replaced at the same location . This work will involve the complete closure of the street to traffic between 8 am and 7 pm.

The resurfacing of Carrer Turó de la Trinitat will be carried out on Friday 1 July, between Pare Manjón and Ausona, and on the Carrer Foradada – Carrer Finestrelles crossroads. The street will be completely closed to traffic from 8 am to 7 pm.

These roadworks will affect the 126 and 127 bus lines, which will be redirected along Carrer Pare Pérez del Pulgar.

You can also find out all the details about these public works operations at this link. 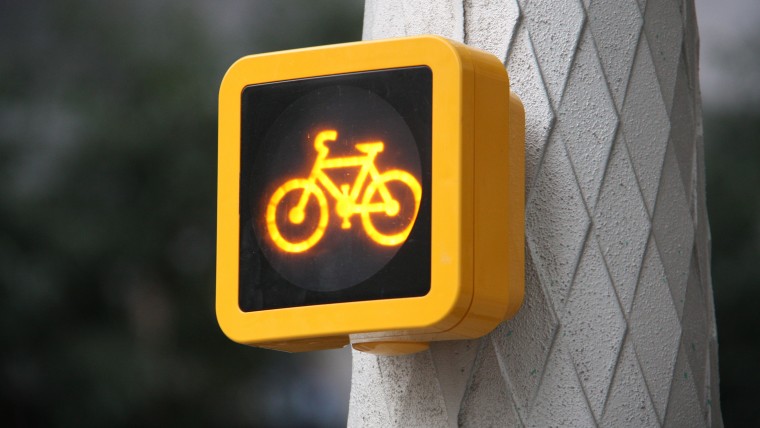 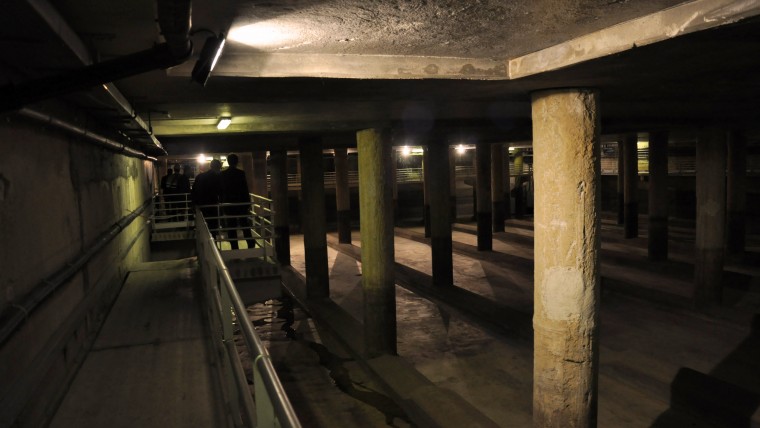 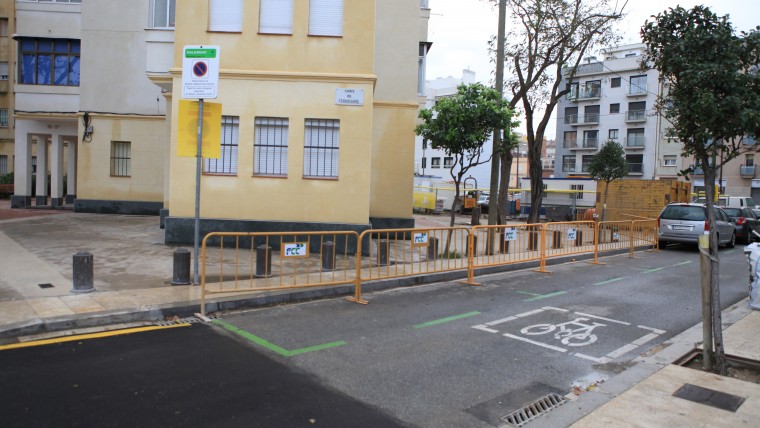 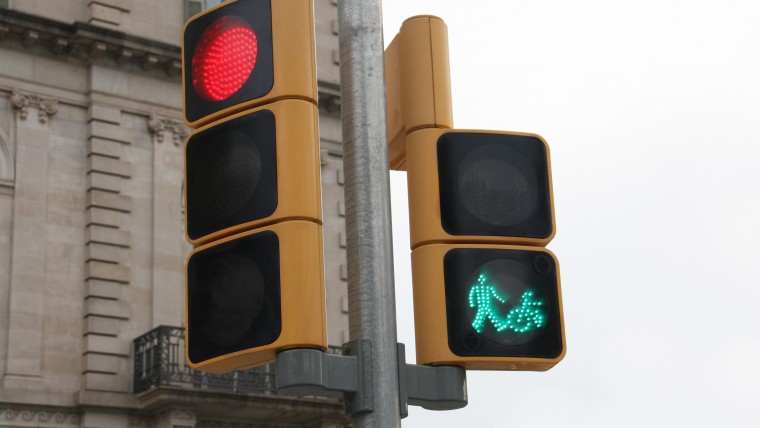