Barcelona gets bigger on social media

The ‘Barcelona on social media’ report corresponding to 2017 shows that the number of mentions for Barcelona and its acronym BCN grew by 63.4% compared to the previous year. The study was compiled by the Municipal Data Office as part of the sociological studies plan for the period 2016-2019 and looks at mentions on social media referring to the city. 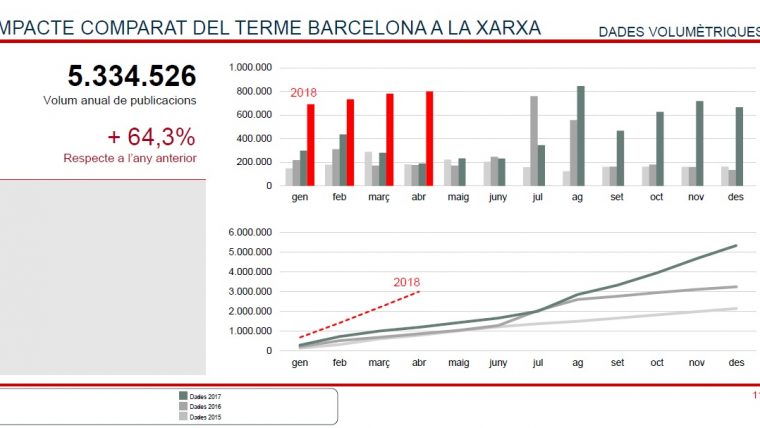 Social media networks allow the public to express their opinions and various facts and events in 2017 prompted direct and indirect references to the city of Barcelona.

The 5.3 million registered references are original messages posted from anywhere in the world on various social media channels (although Twitter dominates with 66.3% of the total), on websites, blogs and online information channels. Posts and mentions by bots were filtered and excluded from the figures, as was the noise created by references to FC Barcelona and the various competitions the club took part in, which would significantly take away from the results.

Some 62.3% of the total number of mentions for the year were between August and December, almost doubling the figure for the same period in 2016. The attack on La Rambla (277,697 mentions) and the political situation in Catalonia (nearly 450,000) accounted significantly for the growth, which is topic-heavy. Messages relating to the area ‘Public Space and Security’ thus grew more than 175% , with a 290% rise in unique authors, and ‘Citizen Rights and Non-Local Politics’ prompted a 173% rise in messages and 192% more unique authors.

During the rest of the year, events such as the Mobile World Congress, the Spanish F1 Grand Prix and, to a lesser extent, the Smart City Expo, the Sonar and the Primavera Sound, generated significant interaction on social media, helping to boost the city’s international profile.

The report also analysed the first few months of 2018 and the general perception is that the increase seen since last August is set to continue.

Digital transformation within the administration

Public sector leadership in the sphere of digital cities is one of the main thrusts in municipal policy for this term of office and is based on: 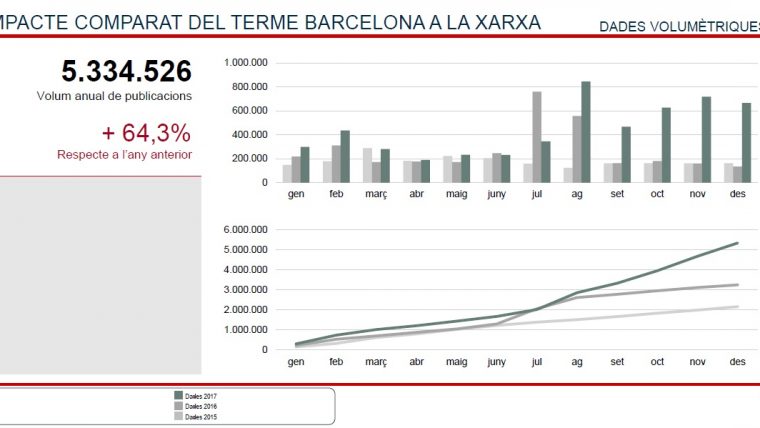 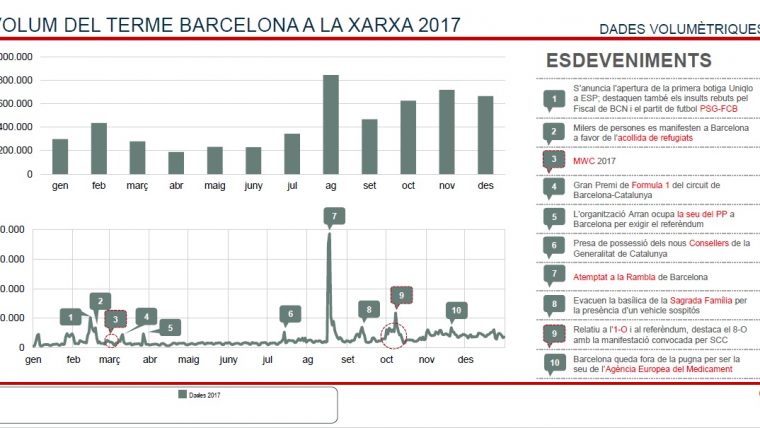