Work to resume in Glòries in March

The work to shift traffic underground in Plaça de les Glòries and create a huge urban park has now been awarded and will start in March. The work in the northern section of the park will create 45,000 square metres given over to greenery, recreation and facilities around a large clearing and should be completed in March 2019, with the two road tunnels to start operating in 2021. 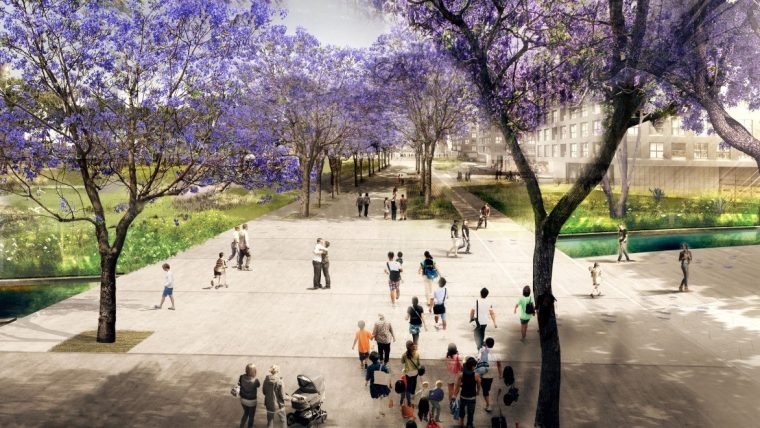 The work was awarded in lots, five for the tunnels and five for the area around the large clearing in the new park, to prevent the risk of putting all the work in the hands of one contractor and to make up for lost time by working on sections simultaneously. The tendering process also included social responsibility criteria, for instance relating to conditions for workers.

The work will cost 87.7 million euros (VAT not included), with the northern section of the park accounting for 12.9 million and the road tunnels 68.8 million. Starting in March, the projects are expected to take until the spring of 2019 and the spring of 2021 respectively.

The transformation of Glòries into the so-called ‘Urban Canopy’, a local park and green lung for the city, means regaining public space with areas for people to stroll in, recreational zones, public housing, sustainable mobility and educational and cultural facilities.

The first stage of the project defines the work in the area around a large clearing of 45,860 square metres, to include the following spaces:

The two road tunnels for traffic on the Gran Via to pass under Plaça de les Glòries will have independent one-way systems and go under the four existing metro and local train tunnels. The road tunnels will be used by 90,000 cars a day.

Once work on the tunnels is completed, the urban project for the rest of the central park in Glòries will start. The space will include the southern section of the Rambla dels Encants, a recreational area for toddlers up to the age of three, green spaces, allotments for associations, another dog zone and more.

In addition, various blocks of social housing will be built around the perimeter of the park, along with municipal facilities for local residents.

The future park will open 24 hours a day, although some zones will operate time restrictions. 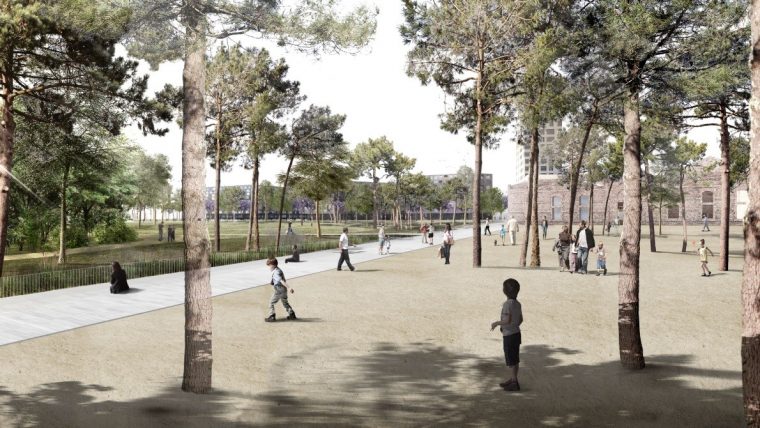 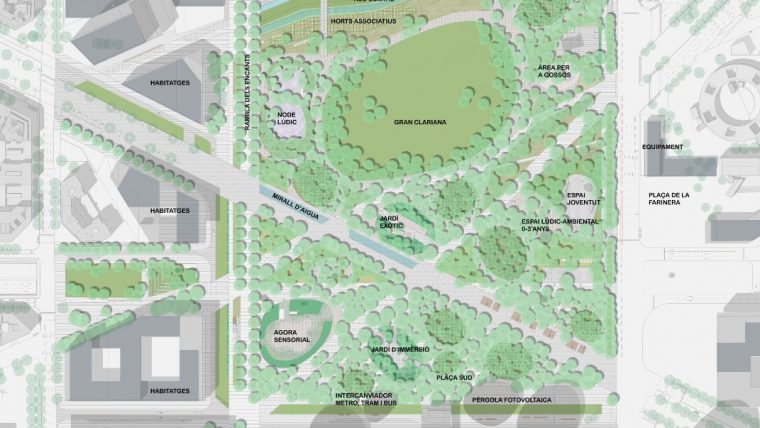