Barcelona has revised and extended the Barcelona Science Plan 2020-2030 to adapt it to the situation caused by the Covid-19 pandemic. Measures have been added to strengthen science as a driver for the city’s economic recovery, and two new projects added that have been developed over the last few months. One of them tackles gender equality in science, with a proposal to analyse the situation of women in this sphere, and the other promotes the conversion of the buildings from the Julio Muñoz Ramonet legacy as a centre for culture, art and science. 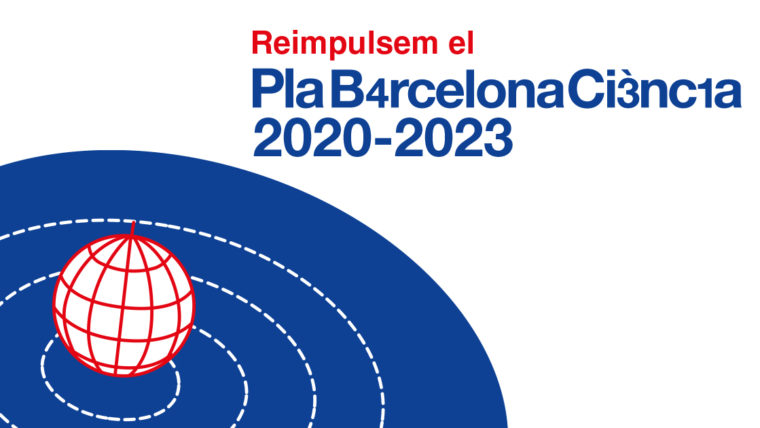 The Barcelona Science Plan 2020-2023 was launched in public on 10 March 2020. It was conceived and developed in a suddenly and radically changing context, when the Covid-19 crisis broke out. When the crisis erupted, Barcelona City Council decided to review the plan in the second half of 2020, with the aim of adapting it to the new reality. Ideas and proposals were gathered through various channels, such as some spaces of the Barcelona Pact, various considerations from the Municipal Advisory Council for Universities, meetings between city scientists and the Mayor and a meeting between the Deputy Mayor and the rectors of Barcelona’s universities.

Lastly, to conclude this review process in the most participatory possible way, the participatory process Reimpulsem el Pla Barcelona Ciència was opened to the public in February via the platform decidim.barcelona. During this last stage, proposals were gathered from citizens and from the city’s scientific community directly through the platform, and in on-line debate and work sessions.

The result of this process is the expansion of a plan that maintains its 4 main areas and 15 key objectives, but which also includes 25 new actions to make science one of the key drivers for the city’s post-pandemic recovery.

The first area aims to highlight the international projection of university and scientific institutions and the scientific community in the city and Europe; to generate alliances between cities and with key knowledge entities in Europe, and to help fulfil the potential of Barcelona and the metropolitan region to become a venue for reflection and dialogue at a European level on the ethical, political and social debates generated by scientific advances.

The second area aims to devote specific funding to research, facilitate urban spaces for research and improve the dialogue between the City Council and the scientific ecosystem so that the city’s scientific stakeholders join in the search for innovative, fair and effective solutions to the urban challenges the city faces.

The third area aims to make science a value shared by all citizens through citizen science, living labs and action-research, promoting quality science education for all and access to scientific dissemination.

Lastly, the fourth area seeks to encourage the creative link between art, science and technology, stimulating the creation and exchange of knowledge; to activate dialogue and the exchange of scientific knowledge among the city’s social and economic stakeholders, and to consolidate ties between innovation facilities in the scientific network in the city and in the metropolitan region.

The Barcelona Science Plan 2020-2023 was approved with a total budget of 4 million euros over the four years of implementation. The outbreak of the Covid-19 crisis forced some emergency actions that were not anticipated, and which have pushed up the budget, initially set at 1,420,000 euros for 2020.

At the same time, the revision of the plan also introduces new economic forecasts for action to be executed, with 2.5 million euros per year from the agreement for scientific co-leadership with the Spanish state, part of which will be devoted to repeat a call for research on urban challenges, and an extension to subsidies for other research projects to which the City Council will devote 600,000 euros per year.

In addition, based on the consolidation of the Barcelona City Council’s science policy area, the rest of this term of office should see 4 million euros invested in the Julio Fundació Muñoz Ramonet’s art and science project and in various interventions at the Museu de Ciències Naturals de Barcelona.

In conclusion, the million euros initially projected is expected to become almost five million euros by 2021, firming up the political will to turn science into a pillar of the city’s future.