The Collaboration agreement with HOGAR SÍ and Provivienda for the next three years to capture 7.6 million euros from the Next Generation European fund for allocation to the ‘Rights to housing’ social project will enable new flats to be acquired and financial aid provided to some 175 homeless individuals in the city. 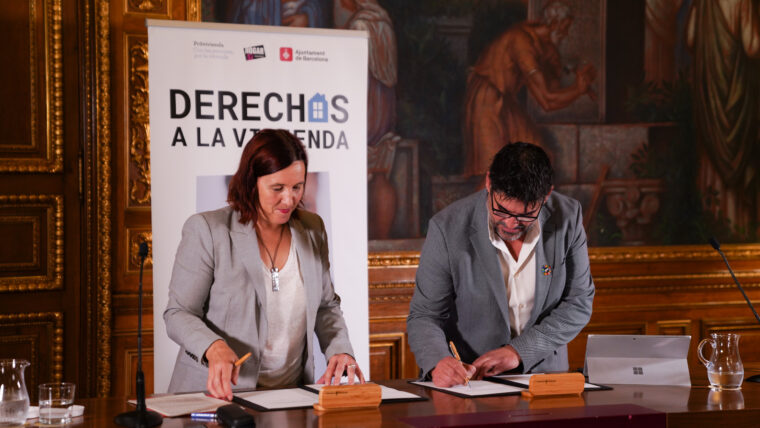 The agreement is enshrined in the Spanish Ministry of Social Rights and 2030 Agenda’s Recovery, Transformation and Resilience Plan, which provides for an investment of some 25 million euros throughout the Spanish State for carrying out similar projects.

In Barcelona’s case, the commitment from the Municipal Institute of social Services, HOGAR SÍ and Provivienda is moving forward to acquiring new dwelling for 175 homeless individuals. Around 75 places will be for people who have spent more than three years in residential centres, while the other 100 or so places will be allocated to people who have been living out in the streets or in one of the city’s initial shelter resources for under three months.

Social cover will also be provided for a further 18 people currently living in a flat under the city’s HousingFirst programe.

The number of people in a homeless situation has risen from 693 living in the streets in 2015 to 1,056 detected this September.

According to the latest data available to the City Council and the XAPSLL, only 10% of users of the services currently operating have always lived in the city, and as many as 50% have spent under five years in the municipality. The data also show that migrants suffer housing exclusion to a greater extent.