Eighty-five per cent of people affected by the attacks in Barcelona and Cambrils on 17 August 2017 were unaware they were had the right to assistance from the state. The City Council and the Care and Assessment Unit for People Affected by Terrorism (UAVAT) have handled 208 applications to the Ministry of the Interior. Even though 104 people have asked to be recognised as victims of terrorism, nearly half of them have not yet had a response. 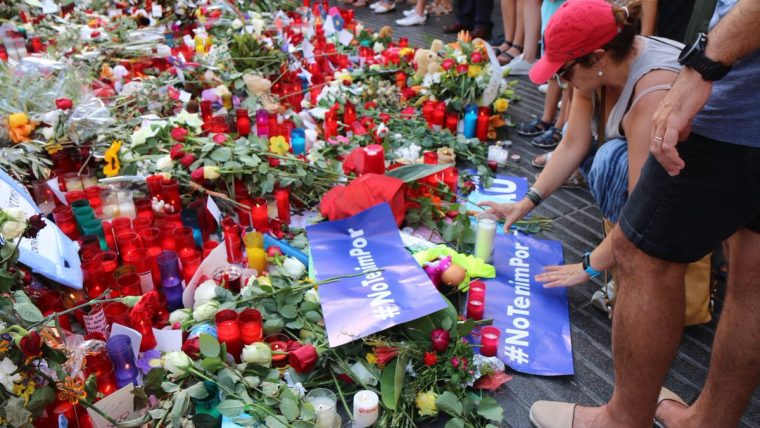 The City Council signed an agreement with the Care and Assessment Unit for People Affected by Terrorism (UAVAT) in May to provide legal support and information for victims and people affected by the terrorist attacks on 17 and 18 August, to help them and provide them with full information on what support they could claim.

Nearly 60% of people affected by the attacks and attended to by the UAVAT received no immediate care or support, as the negative effects can take time to appear. Some 85% of these people were unaware of their rights or the help they could claim. Of these 175 people, 162 are adults and 13 minors.

The agreement signed with the UAVAT has enabled ongoing support to be offered to those affected by the attacks in La Rambla and Cambrils, with an average of six interactions either in person, by email or by phone. Twenty home visits have also been conducted.

The UAVAT has monitored people affected physically and psychologically, advising them on procedures and providing support for them to be able to request assistance from the Ministry of the Interior. A total of 104 people have asked for recognition as victims of terrorism but 48% have not yet had any sort of response. Of these people, 101 requested free psychological assistance and 3 people made requests relating to material damage.

Of the 51 cases which have received responses, 4 have been awarded everything they asked for, 4 have seen their requests partially covered, 12 have been refused and 25 are waiting for some administrative procedure to be completed.

Waiting for a reply from the state

The City Council has extended the agreement with the UAVAT until May to carry on contacting victims who haven’t yet received any sort of advice and keep providing support for the victims still waiting to hear from the Ministry of the Interior.

Six months ago, the Mayor, Ada Colau, asked the Minister of the Interior to extend the period for people to request recognition as victims of terrorism, but this has not yet happened. The Deputy Mayor for Social Rights, Laia Ortiz, has criticised the Ministry of the Interior for underestimating the psychological impact for those affected by the attacks, which represents “added mistreatment which the victims have to suffer”.