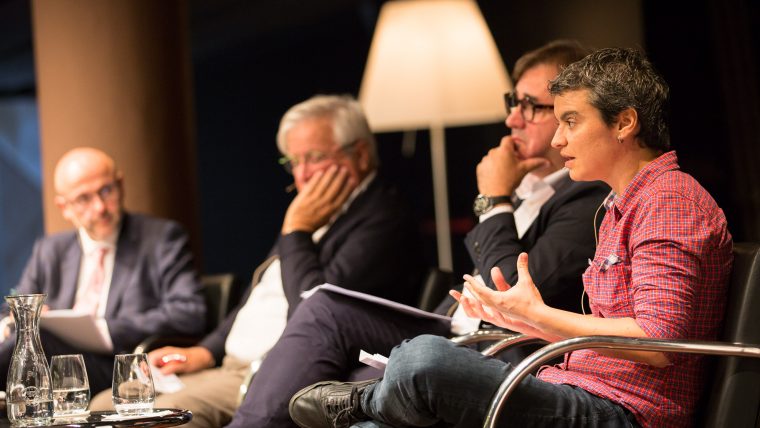 Representatives of local administrations, academia and social organisations met this Wednesday, October 31, to discuss challenges in housing management. It took place at the “Housing in 360º” conference, organised by the UNESCO Housing Chair of Rovira i Virgili University (RVU).

At the conference, the housing problem was approached from two main perspectives: On the one hand, the policies and challenges of housing access and the role that administrations and other economic and social actors must play were discussed. On the other hand, we reflected on the causes and possible solutions to the loss of housing.

Reflections on housing and city

The Councillor for Housing and Renovation of the Barcelona City Council, Lucía Martín, participated in a round table where reflections on housing and the city were raised. She emphasised that “we have placed the right to housing at the centre of political priorities and have made it a core policy of the City Council, which has had a contagious effect on other administrations.”

“Combining Barcelona as a city that is attractive for everyone and guaranteeing the right to housing is a challenge that goes beyond administrations and must involve the private sector, the academic world and the population in general,” Martín reflected, trusting that they can “promote innovative housing policies that put people at the centre and are a source of pride for our city.”

In this regard, the councillor defended the work of the last four years “to reverse old housing policies that have proven unsuccessful.” Thus, the municipal commitment to invest in housing was highlighted, with 500 million euros invested in the last mandate alone.

One of the objectives of the Barcelona City Council, included in the Right to Housing Plan, is to expand the public rental market. “When we arrived, we had 7,000 homes under municipal control and now we are building more until we reach 11,500.”

Working in collaboration with the private sector is now one of the priorities of the Barcelona City Council. “We have always worked with a wide range of private sector actors, cooperatives in transfer of use, traditional cooperatives, and others. Now we want to give more field to delegated developments, working with the private sector,” she explained, although she pointed out that “we want to generate maximum alliances, prioritising those that want to move away from speculative models and create affordable housing.”

On the other hand, Martín highlighted two initiatives aimed at addressing the housing challenge immediately. One is the unit to fight evictions. The other, is the unit for housing discipline, which is based on the legislative package in force in Catalonia in regard to housing which aims to “correct bad practices, deter, and recover the proper use of housing.”

Finally, the Councillor for Housing commented on the continuous cuts suffered by housing budgets in the last 8 years. “But despite the difficulties, the City Council decided to knock on all doors and we got credit from the European Bank to promote rental policies with maximum energy ratings.”

The round table on housing and cities, which was moderated by Sergio Nasarre Aznar, UNESCO Housing Chair, was also attended by d’Agustí Serra Monté, Secretary of Urban Habitat and Territory of the Government of Catalonia, who said that “administrations need to stop looking sideways and make a real commitment to housing.

He has also pointed out the need to “reverse the way we plan our cities“. In this sense, he mentioned better management of available land as one of the great challenges in creating effective housing policies.

The former mayor and UN Habitat Secretary General, Joan Clos, acknowledged that although the UN has set sustainable cities as one of the Sustainable Development Goals to achieve by the year 2030, “the predominant urban model today is unsustainable and it is hard to take steps towards changing it.”

“The urbanisation of cities is growing in double digits and this has consequences on sustainability, the right to access housing, and other aspects,” said Clos, especially stressing that the problem is concentrated in large metropolitan areas.

Clos commented that the problem of affordable housing “will not be solved with housing policies alone, it is much more complicated. Poverty is being concentrated in cities, and guaranteeing housing to these people cannot be done by building flats – it must be done by making them affordable. And this has to do with urban planning regulations,” he concluded.

At the second round table of the day, moderated by Héctor Simón Moreno of the UNESCO Housing Chair of RVU, experts in different fields exposed the challenges in access to housing.

The secretary of the General Council of Colleges of Property Administrators, Rafael del Olmo Garrudo, pointed out the changes that are redefining the role of neighbourhood communities. According to Olmo, the communities of owners “are a thermometer of what is happening in society and reveal social tensions.”

For property managers, communities pose new challenges: “Now they are managed digitally, through WhatsApp and social networks, and have digital personalities with digital certificates.” Immigration, tourist flats, accessing credit, and the elimination of architectural barriers are other challenges that must be faced. In this regard, del Olmo explained that they are working on a new project for a horizontal property law that addresses these aspects.

For his part, the notary Ángel Serrano de Nicolás explained that the role of the notary is to be a “neutral third party” who also has “to advise the weakest party”, and indicated that for many people it is difficult to understand the content of mortgages or rental contracts. “You have to give clear and transparent contractual information,” he said, to avoid conflicts or problems.

Searching for a shift in paradigm

In this round table, the Omplim initiative, a low-profit company launched two years ago by Jordi Casajoana Mogas, was presented. “We want to use housing to generate impact and participate in a paradigm shift from the private world,” he explained.

Antonio Pedrero Utrilla explained the operation of the El Prat Housing Cooperative, created 60 years ago so that the members who created it, once they obtained a home, remained partners of the organisation and continued working to “consolidate a common heritage and strengthen community culture“.

The loss of housing

The causes and consequences behind the loss of housing was the focus of the third round table, moderated by Núria Lambea Llop, of the UNESCO Housing Chair. As explained by the President of the Housing Observatory (O-HB), Carme Trilla, the loss of housing in recent years has been due to two causes: mortgage foreclosures and rent evictions.

According to Trilla, the loss of rented housing is “a growing problem”, propelled by the “discrepancy between the evolution of salaries and prices,” which prevents people from paying the rent because, despite having income, they cannot manage the market cost.” Therefore, “we must act on salaries and prices” to ensure that families have a minimum income, while also regulating rental prices.

As for the financing of rented housing, Trilla regretted that this “is an unwanted issue for the financial system, they consider it a risky activity and do not give loans. You cannot make housing policies without money,” he added. He also pointed out the need to have public land in order to create more rented housing.

Regarding the role of banks, Antoni Sorolla Edo, Director of Institutional Relations at Sogeviso, acknowledged they have been “part of the problem” but also believes that they can be “part of the solution.” Sorolla thinks that a minimum return must be guaranteed as well as legal security and the appropriate legislative framework to attract private investment.

The problem of homelessness

One of the most addressed topics was the phenomenon of homelessness. Joan Uribe, manager of the Consortium of Social Services of Barcelona (CSSBcn), explained that the number of homeless people in Europe has gone from 420,000 in 2009 to 700,000 in 2019. This is according to the data that has been made available, because there is also a hidden homelessness.

Uribe celebrated that this year for the first time the European Union has incorporated homelessness into its agenda, based on the European Social Rights Plan. However, “that does not mean that it has been incorporated into the operational agenda, and this is one of the priorities of the organisations that operate in this field.”

Homelessness has multiple faces, Uribe explained, and gave as an example the case of non-EU immigrants, as well as homelessness among women and youth.

“We have to be conscious of the seriousness of the problem,” said the director of the Arrels Foundation, Ferran Busquets. “The homeless die alone in the street or are victims of aggression because they have no housing,” he said, regretting that “we still blame the people who live on the street and stigmatise them.”

The conference ended with the presentation of “El Llindar“, a simulated experience by Jan Gonzalo Iglesia, RVU expert professor in gamification; and the screening of the documentary “El Umbral“, which was presented by its executive producer Isidro Monreal Ruestes and aims to raise awareness on the problem of homelessness. 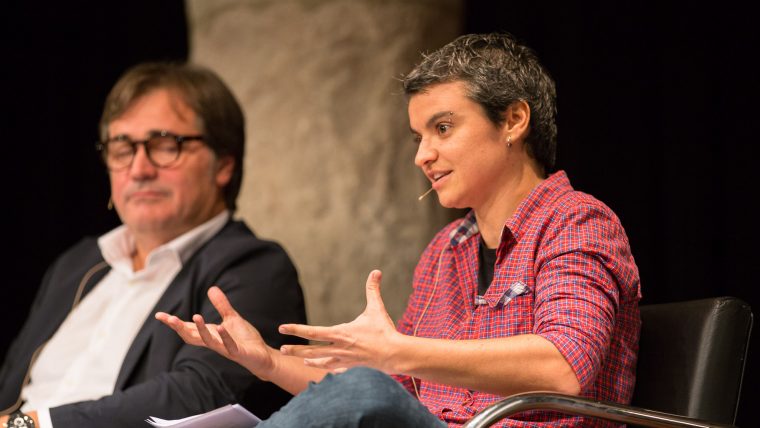 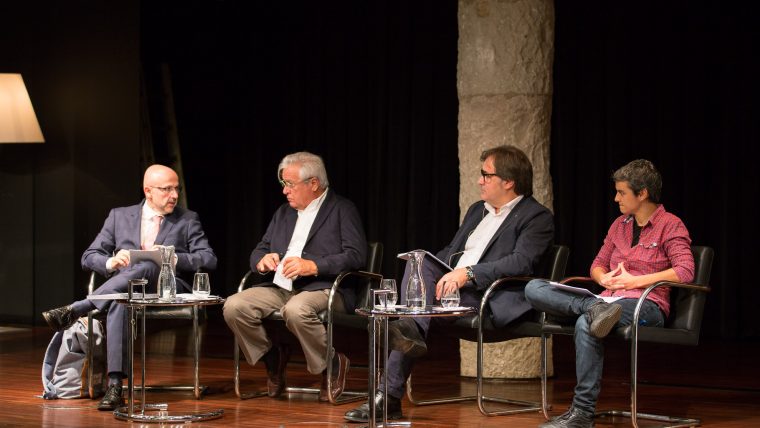 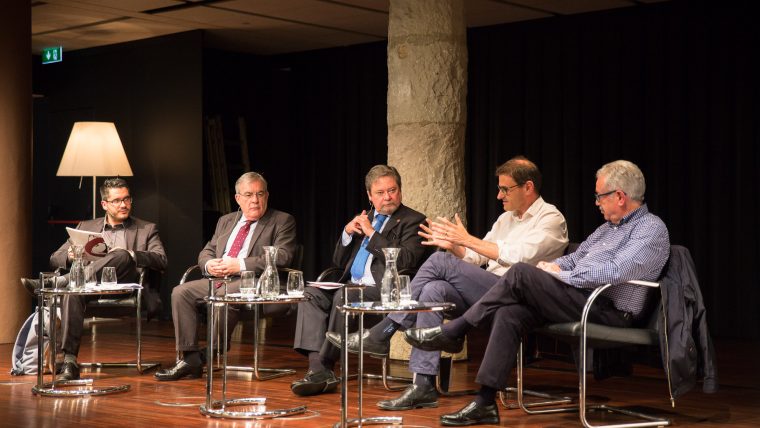 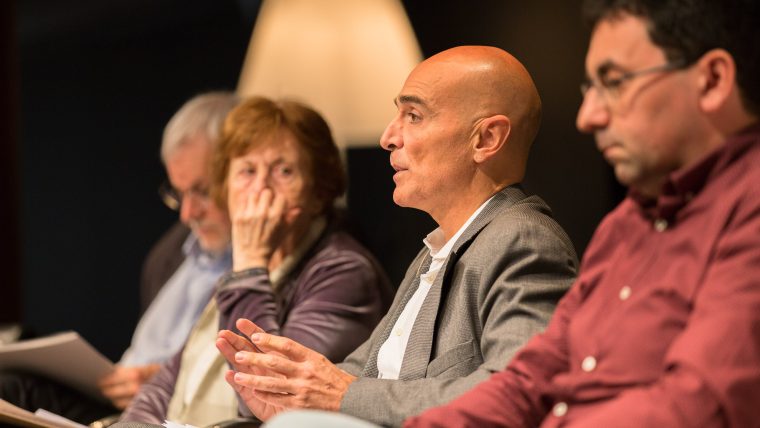 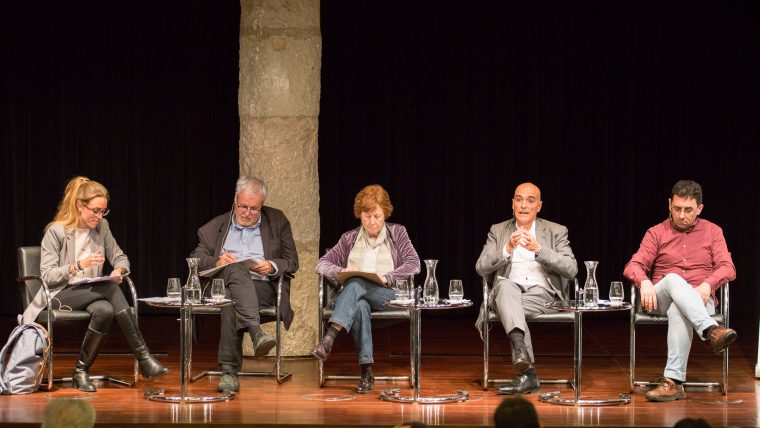 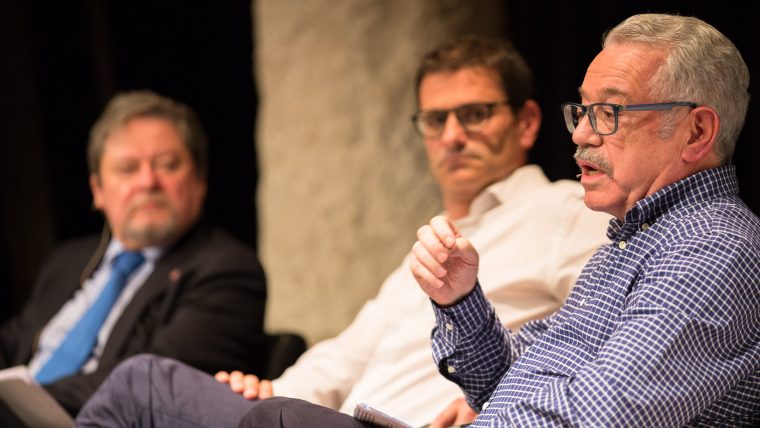