Cohousing to combat speculation in Barceloneta

The cooperative La Xarxaire have laid the first stone of a cohousing building in the Barceloneta neighbourhood, getting a pioneering project under way on a municipally owned plot of land left vacant by the iconic Miles de Viviendas building. The new development will provide homes for eight families and is based on a leasehold agreement with the City Council. It will also be used for other initiatives to add vitality to the neighbourhood. 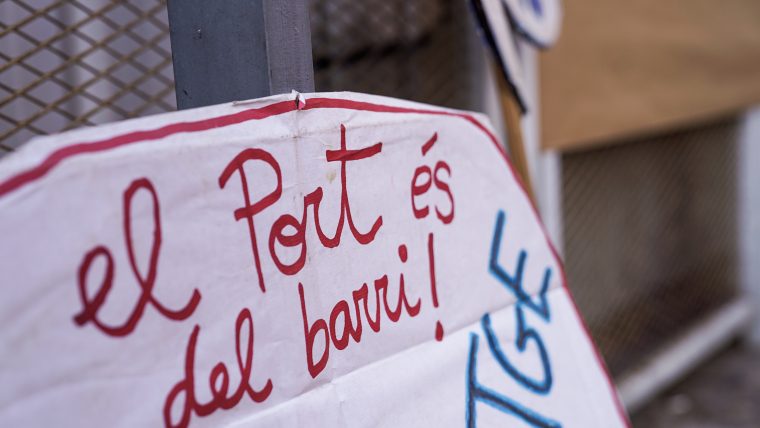 The site at Passeig de Joan de Borbó Comte de Barcelona, 11, will house the first cohousing building in the Barceloneta neighbourhood. The construction project is by the cooperative La Xarxaire SCCL, which was awarded one of the cohousing projects being promoted by the City Council. The new residential cooperative model comes within the set of policies backing the creation of affordable housing, set out in the Barcelona Right to Housing Plan 2016-2025.

Cohousing is a sustainable and non-speculative alternative which provides access to affordable housing, at below-market rates, and which also guarantees self-management by the members of the cooperative itself. The basic idea behind this housing model is for the collective ownership of buildings to correspond to a cooperative. The site where the building is constructed is municipally owned and will always remain so, as the surface rights are granted to the cooperative. This ensures that there can be no property speculation with the housing built there.

La Xarxaire is a cooperative made up of various families from the Barceloneta neighbourhood, one of the areas most affected by gentrification and property speculation, where there is a high risk of the community network disappearing. To tackle the housing emergency in the neighbourhood, the cooperative proposed a project where the predominant characteristics are self-management, sustainability and the spirit of social transformation.

The first stone of the new cohousing building was laid on a symbolic date, 3 February 2020, commemorating the occasion 267 years previously, 3 February 1753, where on this same site the first stone was laid for the construction of the Barceloneta neighbourhood.

Once built, the block will provide homes for eight families, between them totalling 19 people. The ground floor will also feature a communal space, which will act as a meeting point for culture, crafts and artistic events, with a showcase for initiatives to help make them visible to the local community.

The architectural project by La Xarxaire includes various energy efficiency and sustainability features, such as a communal laundry and a rooftop with vegetation. The design combines metal and wood, minimising the building’s environmental impact, with an A-rated energy certificate, at the same time helping it fit in with the urban landscape.

The fight for decent housing

Years ago, the state-owned building at Passeig de Joan de Borbó, 11, became an icon in the fight for the right to decent housing in the city. The building was occupied by squatters the Miles de Viviendas movement between 2004 and 2007, until the City Council acquired the site and demolished the building.

Heirs of the community struggle left by the Miles de Viviendas movement on this Barceloneta site, the people making up La Xarxaire are taking on the commitment of following an affordable and sustainable housing model as part of the neighbourhood fabric. 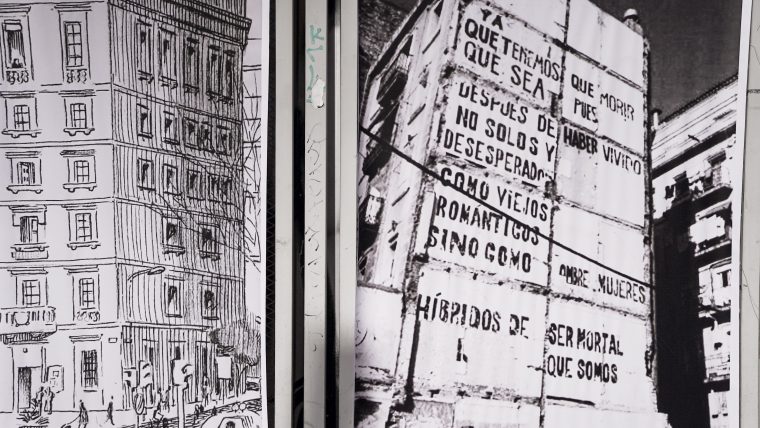 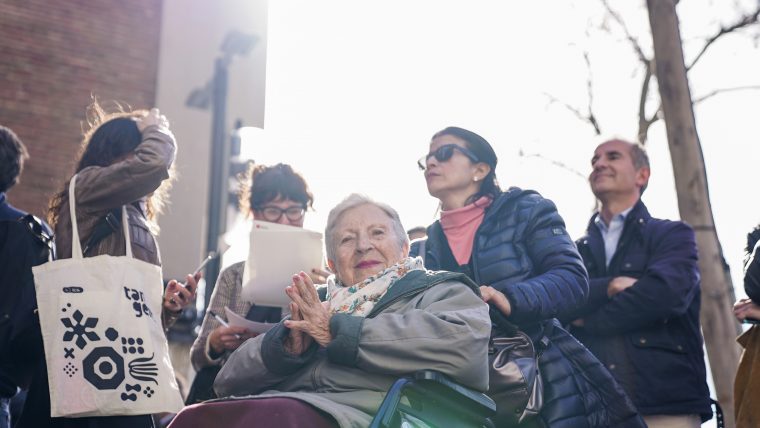 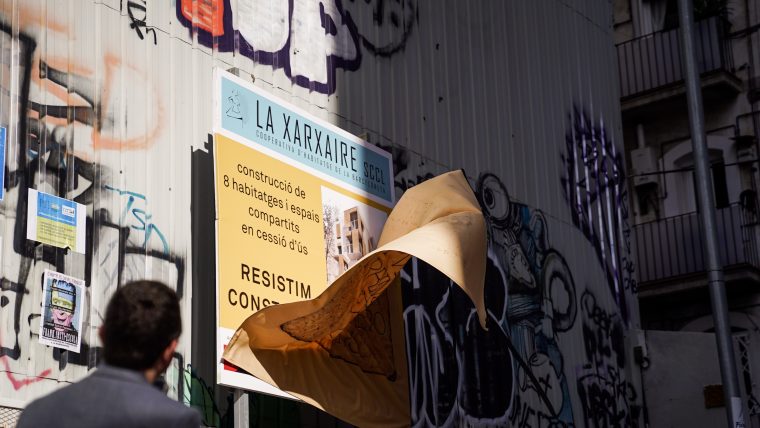 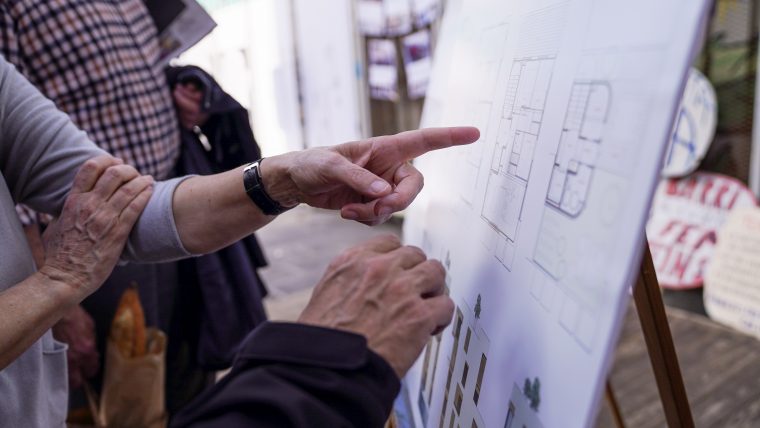 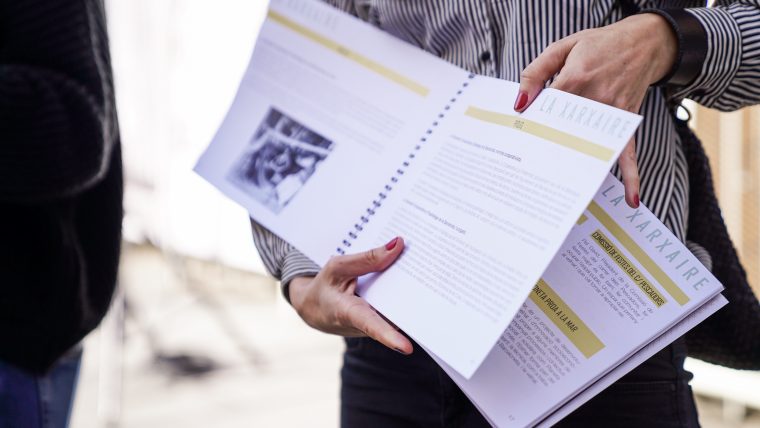 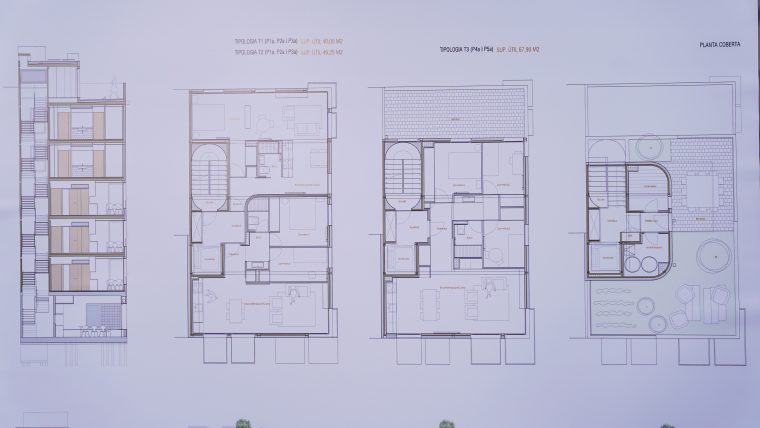 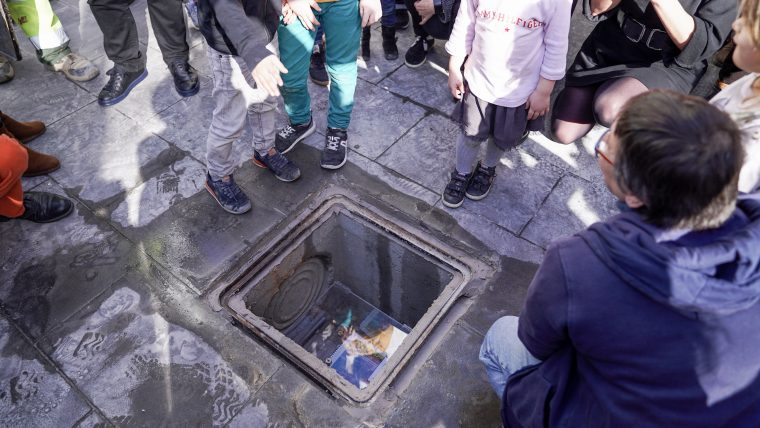 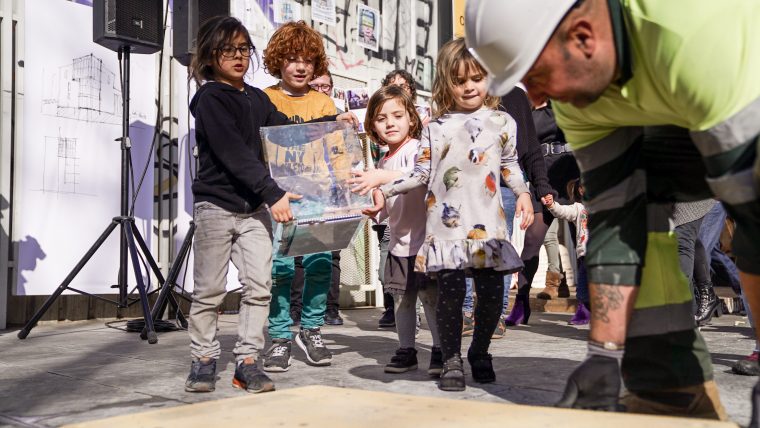