The project to remodel C/ Cristóbal de Moura begins with the section between C/ Fluvià and C/ Provençals, the idea being to transform the street into a greener and calmer link between the Parc del Centre del Poblenou and the Parc del Besòs, prioritising local residents and pedestrians. Work should take fourteen months and represents an investment of nearly 7 million euros. 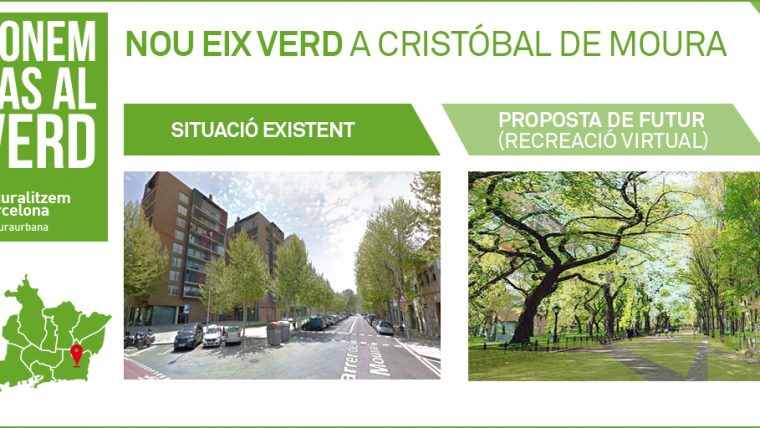 The new layout for C/ Cristóbal de Moura means remodelling this street in the 22@ area, turning it into a healthier green strip with less traffic and more space for use by local residents. The central strip, 26 metres wide and with vegetation and trees, will be joined by pavements 3.5 metres wide in line with building façades, as well as a bike lane and a service lane. The first stage of the remodelling project coincides with the latest renovation work at the former Ca l’Alier factory, located in the same block between C/ Cristóbal de Moura and C/ Pere IV.

The next stages to transform the street take into account the needs of local residents, entities and associations in the neighbourhoods of Provençals del Poblenou and El Besòs i el Maresme. These groups will be able to channel their proposals through the participation board, the idea being for the definitive project to adapt to the characteristics of the area while maintaining the urban greenery specified in the initial project.

The greening up of C/ Cristóbal de Moura helps towards the strategy of binding together neighbourhoods with green thoroughfares, recreating healthy and functional spaces for local residents and regaining facilities for public use. Besides starting street calming work in C/ Pere IV, set out in the Besòs Neighbourhood Plan, rebuilding work has been carried out to turn the former Ca l’Alier factory into an innovation centre for emerging companies and SMEs. In addition, the former La Escocesa factory is being acquired and the Casa de les Vàlvules renovated, while other improvements are being made to Can Ricart, Can Felipa and Can Picó, facilties which form part of the historical and industrial heritage of the Poblenou neighbourhood and which have a second life as spaces for public use. 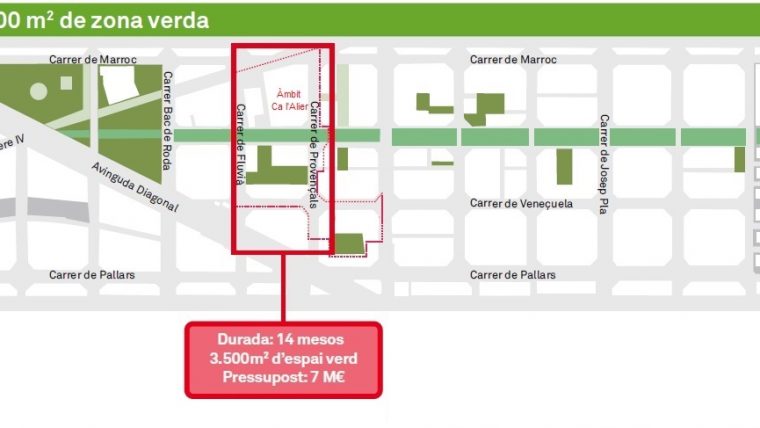 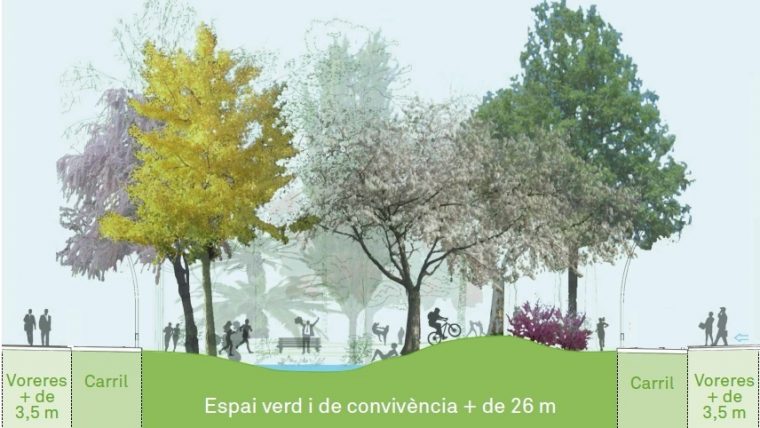