Barcelona medals of honour for 2021 approved

The Full Council approved the Barcelona Medals of Honour for 2021 in its July session, recognising local residents and city organisations whose professional and social work has helped develop public awareness and the virtues of civic values. 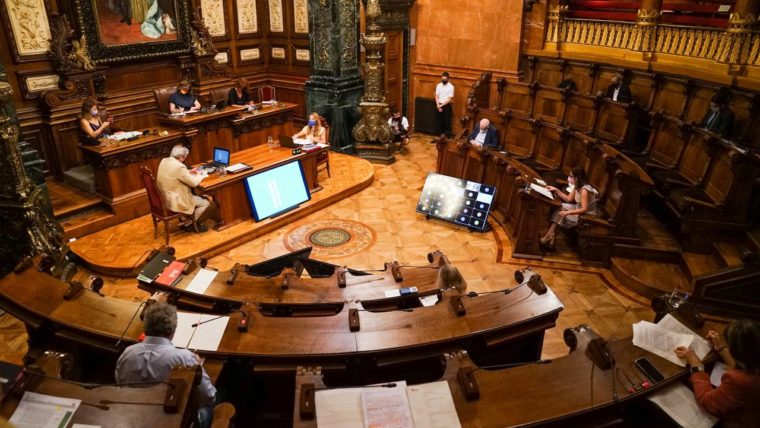 As with last year’s awards, this year’s medals provide particular recognition for work in the fight against Covid-19 and how citizens have tackled this crisis. Eighteen of the twenty-five medals proposed are for organisations and groups in the city, while seven are for individuals.

Two of the five Barcelona Medals of Honour for 2021 to be awarded at a city level recognise public transport workers (TMB) and social services staff (IMSS) in the city. As essential services, they have had to face exceptional circumstances, demonstrating a real vocation for public service. The other medals recognise the work of three organisations fighting for the rights of the most vulnerable during the pandemic, such as those with mental health disorders (Federació Catalana de Salut Mental), young children (Xarxa dels Drets dels Infants) and the elderly (Coordinadora Residències 5+1).

The twenty medals proposed by district councils also recognise people and organisations which stand out for their role during the Covid-19 crisis, as well as those working to combat sexist violence, boost local commerce, culture, community action, sports, people’s rights and more. These are:

The Full Council also approved the Medals of Honour and specific recognition plaques for the City Police in the various categories.