Grand celebration of refuge, next to the Besòs river

The new setting invites everyone to enjoy a day outdoors packed with activities organised by entities which work with refugees. Far from the hubbub of the city, the Parc Fluvial del Besòs, on the Santa Coloma de Gramanet side of the river, is the perfect place for citizens to stand up for and celebrate the right to refuge and reception. 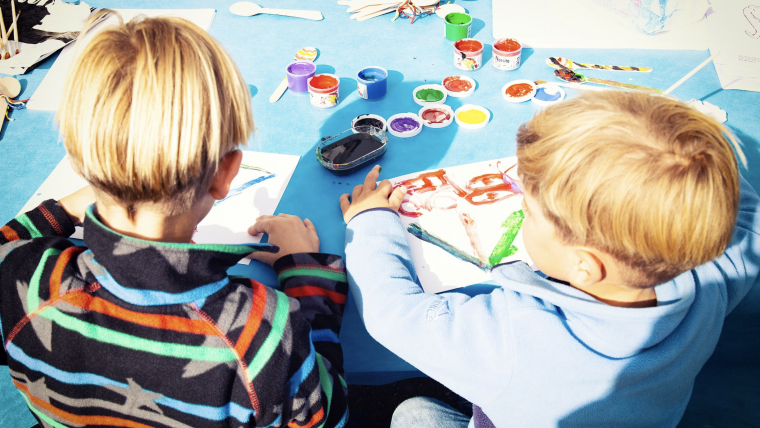 This year’s World Refugee Day will be held in Santa Coloma de Gramanet, next to the river, a space which unites rather than separates the two cities. The Pont de Can Peixauet is the place chosen to celebrate World Refugee Day and pay homage to city organisations working to lessen the trauma for newly arrived people and mitigate their risk of vulnerability, as well as citizens who are concerned and willing to open doors where others close them. But more than anything, the protagonists on the day are refugees and asylum seekers who have been forced to leave their homes and have reached our city with the hope of finding a place where they feel safe.

This celebration of human rights on Sunday 16 June will be offering all sorts of activities for young and old alike. Workshops, games, music, theatre, exhibitions and more. City organisations taking part in the event have been collaborating with the councils of Santa Coloma de Gramanet and Barcelona, which have developed a programme together for the first time which is highly diverse.

A day of games

Participatory games, family-oriented and good fun…highlights include a filter game, based on the Socrates triple-filter test of truth, goodness and usefulness, a fun way to reflect on prejudices, clichés and rumours which hamper social harmony. Another activity is being organised by Accem and is based on the journey of a refugee, showing the odyssey of a person seeking international protection.

Throughout the day young children will also be able to enjoy a respectful child-friendly area where they can move around with their parents and play as a family. The marquee by the Associació Tata Inti offers a play area with safe materials, especially designed for young children to play and experiment freely.

Participatory games, a live comic, theatrical poetry, percussion workshops, storytelling, live music and even a speed-dating session to get to know people and break down stereotypes.

As from 12 noon and throughout the day you can enjoy a live comic drawing session by Dibujos por Sonrisas, an organisation which transforms works of art into resources for refugee camps in Europe. In this activity, artists from the Escola Joso, students, former students and teachers will be explaining how they see the experiences of different refugees.

If writing is more your thing than drawing, try the Arabic writing workshop by the Catalan Refugee Aid Commission. It’s sure to be a challenge!

If photography is what you like the most, don’t miss the photos from the competition ‘La meva ciutat d’acollida’, by the association Provivienda, and the prize-giving ceremony.

The PEN Català platform brings us closer to Amazigh culture through its stories. The journalist, writer and poet Salem Zenia, taken in by the PEN Català, is the storyteller for this very special day. Zenia will spend an hour reading Amazigh stories in Catalan and Amazigh, a language which, thanks to immigration, is the third most spoken language in Catalonia.

Morts a l’aigua is a stage performance of poetry, organised by the Catalan Refugee Aid Commission, about the deaths caused by the Colombian conflict and in the Mediterranean.

Is there any better way to break down prejudice and stereotypes about diversity than the words and proximity offered by a conversation? The Associació Catalana per la Integració d’Homosexuals, Bisexuals i Transsexuals Immigrants (ACATHI) thinks not, and that’s why they’ve created a living library, where the books are people explaining their experiences.

Another activity for breaking down prejudices, on this occasion in a sweeter way, is being organised by the Fundació APIP-ACAM and Ben&Jerrys, whose ice-breaking activity ‘Romper el glaç’ offers a speed-dating session to get to know people and break down prejudices while enjoying an ice-cream.

Henna tattoos and nails from the world

We invite you to be surprised by some incredible designs which are used to temporarily decorate your skin. In the afternoon the NGO Accem will be offering henna tattooing sessions and if you want you can get your nails painted in fun colours.

You can also sign up  for workshops on African percussion, a really fun activity offered in the morning and the afternoon by the Fundació FICAT, or African dance classes by Boubacar, originally from Mali, organised by the Catalan Refugee Aid Commission.

The group Tupper & the Wares round off the celebration with their soul cover songs.

A whole month of activity relating to refuge

Besides this family-oriented day, throughout almost the whole month of June various citizen organisations working in the field of refuge will be offering play-based and awareness activities in different places around Barcelona to mark World Refugee Day. Highlights include two solidarity shows at the Museu Marítim: the opera La Maternitat d’Elna, by the young composer Martí Carreras, and the show on refuge by the Coral Cantiga dels Lluïsos.