Raúl Sánchez played what would be his last football match up to now on 26 April 2014. It wasn’t his last match by choice, it was forced on him. A brutal assault on him while he was playing his regular veterans match left him as a tetraplegic and he has been fighting to recover as much mobility as possible ever since. Another challenge, what is more, is to combat all forms of violence in sport.

That is why we’re presenting the film director Guillermo Cruz’s documentary ’26 April, Play Again’, which tells his story and deals with the serious consequences that violence in the world of sport can lead to. So it uses his experience and recovery process and the new life he has been left with to highlight an absolutely fundamental problem in today’s society, which is violence in sport, especially in football.

The documentary’s presentation event will take place at the Museu Olímpic i de l’Esport, starting at 7 pm.

The Barcelona Institute of Sports (IBE), committed to fighting violence

We at the Barcelona Institute of Sports are fully committed to rooting out violence in any area of society and above all in sport. Hence our aim to give maximum coverage and publicity to the documentary ‘Play Again’, which invites reflection on this highly important and necessary issue. Sport is meant to be a healthy tool for entertainment and conveying positive values. Any form of discrimination and violence must therefore be fought against. 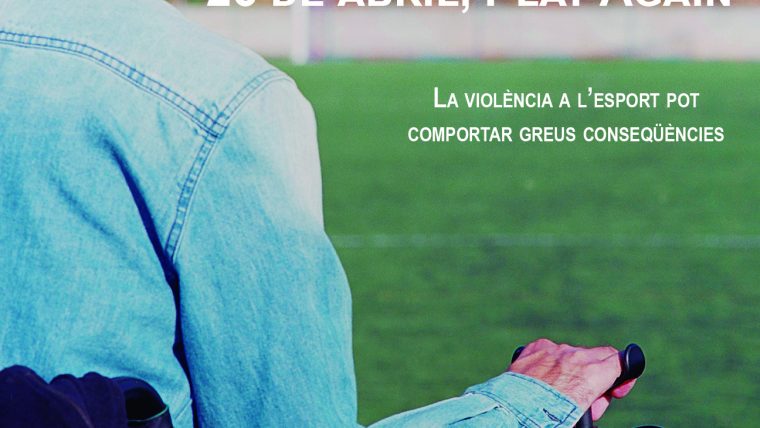