Expropriation and social use of empty bank-owned flats to resume

The reactivation of the process to temporarily expropriate empty flats comes of the Spanish Constitutional Court partially lifted its suspension of Act 4/2016. The act protects the right to housing of people at risk of residential exclusion and was unanimously approved by the Parliament of Catalonia before being challenged in the Constitutional Court by the central government. 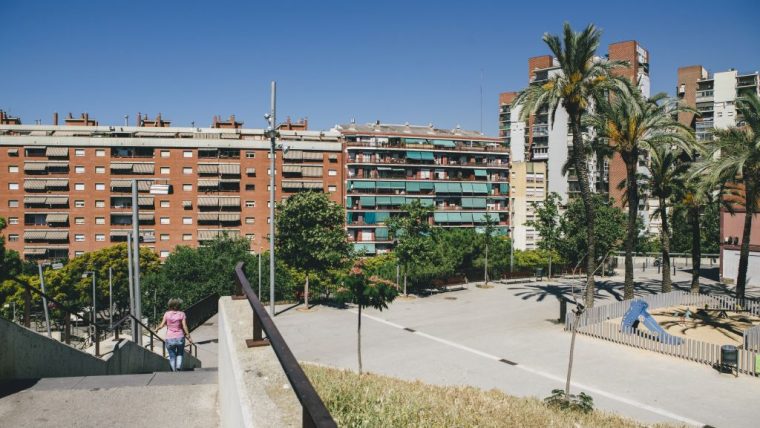 On this occasion the decision by the Constitutional Court is transcendental as it safeguards article 15 of the Catalan law, allowing the temporary expropriation of properties for periods of four to ten years, providing that the homes are located in areas where there is a high demand for housing.

The five homes currently in the process of being expropriated belong to financial entities; two of them are owned by SAREB and the other three are owned by the BBVA bank. Two of the homes are in the district of Sant Andreu, one is in Gràcia, one in Ciutat Vella and the other in Sants-Montjuïc.

The five expropriations form part of a set of sixteen processes to expropriate flats from financial entities, which had to be suspended when the central government’s challenge to the Catalan law was accepted for consideration. All of the flats in question came from the Government of Catalonia’s registry of empty homes, which currently lists 2,021 homes in Barcelona. The City Council is checking they are still empty via a census of unused homes and where appropriate will start the corresponding expropriation processes.

The procedures may end up with the owning financial entity having to cede the empty home to the public administration so that it can be offered with a social rent, providing the agreement is underwritten within three months. The financial entities now have fifteen days in which to raise any objections or challenges.

On October 2017 the City Council informed the Catalan Housing Agency (AHC) that it had identified 150 homes which weren’t on the register. As a result, some financial entities included their homes on the register, others ceded them to the Government of Catalonia, while the right of first refusal was exercised to purchase others.

In the cases where the instruction to include the homes on the register went unheeded, the City Council started proceedings to impose fines, even though the municipal goal is not to gain income through fines but rather to ensure the law is respected and to increase the pool of affordable public rented housing for families in vulnerable situations.

The first fine was for Caja de Ahorros de Asturias, which paid the sum of 5,400 euros. In the case of Bankia, which opted not to pay until obliged to, the fine was for the sum of 7,200 euros.

Besides these two fines, the City Council is pursuing five more cases:

The City Council has also issued over 2,300 official communications to financial entities, urging them to rent out their flats. The letters warn of the prospect of fines or expropriation if the flats remain empty.