Outlined in the Butlletí Oficial de la Província de Barcelona, [Official Barcelona Provincial Gazette], this tool enables land sites and estates to be registered with the registry where they fail to meet the obligation for building dwellings, once the usual two-year deadline established under the current plan has lapsed.

After that, the City Council will have two years at its disposal for carrying out an expropriation, compulsory purchase or exchange of the land and building its own public housing dwellings.

The measure also covers failures to comply with renovation-enforcement orders issued to ensure people’s safety or protect the city’s architectural or cultural heritage.

A further step towards accessible and affordable housing

The new register of unbuilt land sites is part and parcel of the municipal government’s fight against gentrification in neighbourhoods. The initiative is joining forces with two more measures initially approved during the last few months and which are currently in progress.

These are planning amendments for compelling all housing developments in the city that use up more than 600 square metres of space to allocate 30% of their area to affordable and social housing, and for declaring the entire city a pre-emption rights area, giving the Council first-right of purchase when it comes to certain buildings and land sites. It is on the basis of one of the regulations, a two-year maximum period of inactivity, that the registry of inactive land sites can be built up.

The launch of this registry is provided for under Article 117 of the Catalan Urban-Planning Act, which authorises municipalities to see to compliance with the obligations for building, conserving or renovating dwellings that any owner has in land classed as containing buildings declared to be in ruins or whose construction has been halted or inappropriate. The measure therefore guarantees the construction and renovation of buildings and the right to decent housing and helps to prevent land speculation.

All these initiatives are part of the Right to Housing Plan for 2016-2025, for ensuring the social function of housing and progress in building a public housing service on a par with the best practices of other European cities. 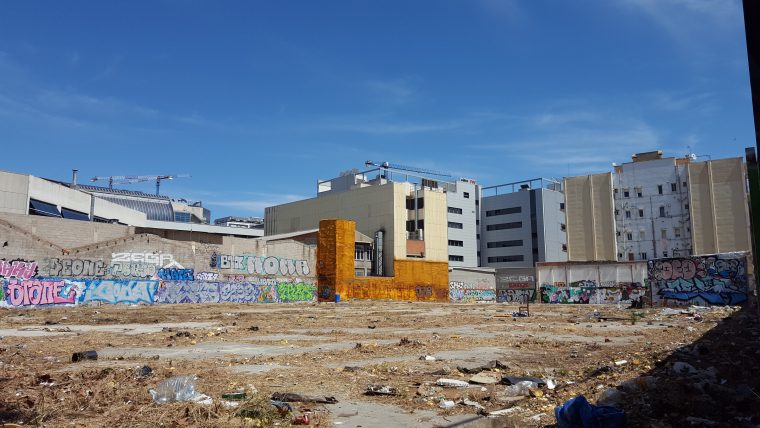