The BCN – NYC Affordable Housing Challenge is an international competition to find innovative tools to cut building and renovation costs in dense urban areas, creating housing which is affordable for everybody. The three finalists were chosen by a multidisciplinary committee of experts who assessed a total of 54 projects put forward from all over the world. 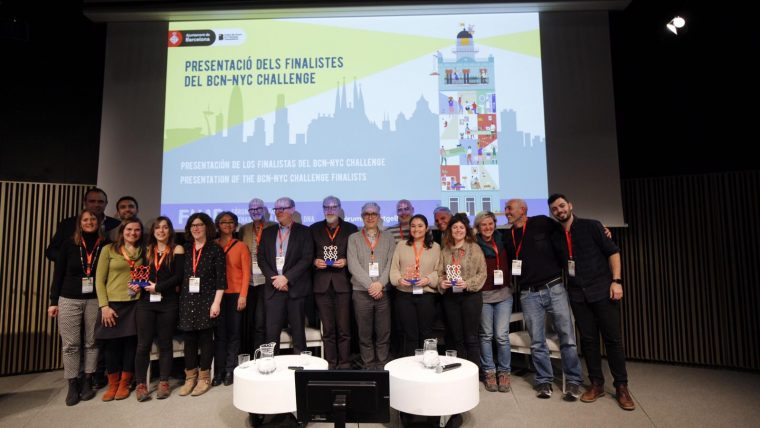 The winning project will get $ 20,000 and be announced at the Smart Cities New York congress in May. Those heading the project will get the chance to present it at a meeting with municipal representatives for Housing and Technology from Barcelona and New York, with the recognition and international visibility this brings.

The three finalists are:

A system invented and patented by the Austrian architect Angelo Roventa to increase spatial flexibility using apartments with rooms that can be expanded or reduced according to needs, with sliding doors. The modules can be separated or made more compact in different combinations, creating functional spaces.

The proposal was presented in collaboration with ArqEstructura, a Barcelona consultancy specialising in the design and calculation of structures.

This approach to city density makes the most of the gaps still to be found in the urban make-up and puts them to new uses. A model for renovation and new construction based on light adaptable quick-build homes, enabling housing to be built with few anchoring supports or suspended in the air.

This proposal is a collaboration between the project for an affordable homebuilding system by the Universidad Nacional de Colombia and the project ‘innovació per la il·lusió’ by Straddle 3 Barcelona.

Accessible and affordable networked homes using everyday life as a point of union. The proposal by Col·lectiu Punt 6 SCCL, a Barcelona-based cooperative for collective housing projects, offers a feminist perspective and seeks to involve people who live in different housing models and share communal spaces. The idea is to collectivise domestic and communal work, bringing down costs and facilitating access to affordable housing.

The BCN-NYC Affordable Housing Challenge is organised by the i.lab from the Commissioner’s Office for Technology and Digital Innovation, and the Councillor’s Office for Housing and Renovation at Barcelona City Council and New York.