Barcelona’s local festival is back from 21 to 24 September. La Mercè 2018 sees festivities further decentralised again, giving the city’s neighbourhoods a greater role and featuring the Besòs river as a new venue for various activities. This year’s guest city in Lisbon, which will be involved in sixteen activities.

La Mercè brings over 500 free performances to public spaces this year, at 22 venues in six different city districts and with no fewer than 211 groups and artists livening up the festivities.

The programme gets under way with the actress Leticia Dolera reading the opening speech on Friday 21 September, and goes on until the evening of Monday 24, with the music and firework spectacular rounding things off in Av. Reina Maria Cristina. This year’s music carries us off to Lisbon, recalls this year’s events and those of May 1968, marks fifty years of jazz in the city and a hundred years since the birth of the North American composer, pianist and conductor Leonard Bernstein.

The music and firework spectacular is not the only fire and light display in the festival programme though. The visual artists Fausto Morales and José Vaaliña have developed the show Oda des del cel, a homage to the city based on a poem by David Castillo and projected as a video-mapping display onto the façade of the City Hall. There’s also a chance to enjoy more fireworks with the 21st International Fireworks Festival.

The festivities for La Mercè have always been synonymous with tradition and this year is no exception, with 212 organisations involved in 50 different activities. The fire and sound of devils await on the afternoon of Saturday 22 September, starting with the children’s fire run, the Ceptrotada burning sceptre, the lighting of the Porta de l’Infern (hell’s gate) and the main fire run for the festival, with the city’s various devils’ groups involved.

The morning of the main festival day on Saturday 21 September also offers a fine display of traditions, with the early morning wake-up call by graller players and percussionists, the 25th edition of giants’ dancing, the entourage and the procession for La Mercè and the 46th edition of the international folklore gathering.

Two human towers gatherings are also planned on 23 and 24 September, with the historical meeting featuring the Minyons de Terrassa and Colla Joves de Valls groups, followed a day later by the local meeting, with the city’s seven groups all involved.

The Mercè Arts de Carrer (MAC) enables the public to engage with contemporary culture, street arts, dance, theatre and technology with a display of local and international talent at different places around Barcelona. There’s a special emphasis on women, with the show Ara dones in Passeg dels Til·lers and all presentations being given by women.

Over the four days the festival lasts, more than 60 national companies and 15 international companies will be offering 330 performances at seven venues around the city. This year sees a new MAC venue by the Besòs river in the Bon Pastor neighbourhood, in addition to the others in the Parc de la Ciutadella and Passeig de Lluís Companys, the Castell de Montjuïc, the Parc de la Trinitat, the Antiga Fàbrica Estrella Damm and the Palauet Albéniz

For the third year running Plaça de Catalunya will be a meeting point between citizens and associations with ‘Associa’t a la festa’. This year’s edition sees over two hundred Barcelona entities and collectives showcasing and explaining their activity and transformational values through workshops, games, activities, street art and performances.

The full programme can be found on the festival website or the smartphone app. 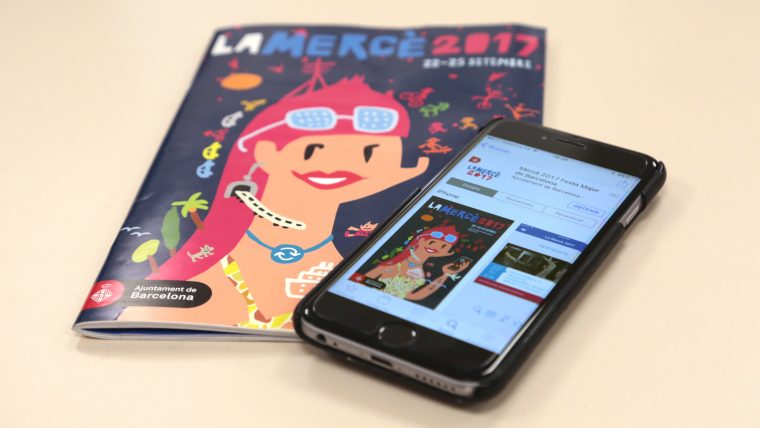