Work starts today on an area of over 20,000 square metres around the streets of Gran de la Sagrera, Garcilaso and Berenguer de Palou. The project will transform the area around the future station of La Sagrera into a greener, more accessible and pleasant space for local people in Sant Andreu. 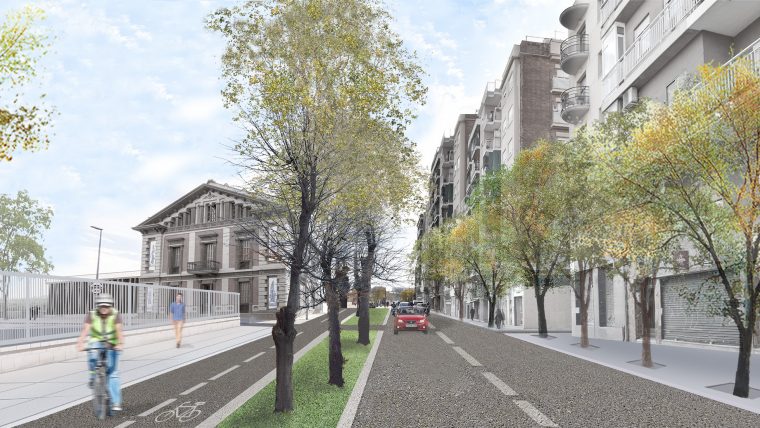 The project includes part of the streets of Gran de la Sagrera, Garcilaso and Berenguer de Palou, between the streets of Costa Rica and Ferran Turné. The goal is to improve accessibility and add vitality to the area, which has been affected by years of construction work for the station in La Sagrera.

The project has a budget of 6.9 million euros and is due to be completed in the first quarter of 2021.

The new layout of C/ Gran de la Sagrera, between C/ Costa Rica and C/ Garcilaso, includes renewing pedestrian space with a pavement over five metres wide on the side nearest the sea and another over 2.2 metres wide on the side nearest the mountains, where there will also be new parterres and other elements for vegetation, as well as new streetlights and urban furniture.

The road surface will have three traffic lanes, with a northbound vehicle lane and bus lane and a mixed southbound lane.

Linear parking will also be created along a section just below C/ Berenguer de Palou.

A two-way bike lane will also be created, separated from the road surface by the existing row of lime bushes. The two traffic lanes will be kept, one as a bus lane and the other for regular traffic.

To facilitate mobility on foot and access around the whole area, the project also includes new pedestrian routes.

A connecting road will be created between C/ Josep Estivill and C/ Garcilaso, via the junction between C/ Gran de la Sagrera and Baixada de la Sagrera, level with C/ Berenguer de Palou.

At the same time, another road will be opened to connect C/ Garcilaso and C/ Clara Zetkin using the current esplanade on the eastern side of C/ Berenguer de Palou, next to the Torre de la Sagrera community centre.

The Font del Gaig, a stone spring created in 1865 by the Barcelona architect Antoni Rovira i Trias, will be cleaned and renovated before being reinstated in the street it was from removed from in 2001 due to its poor state of repair.

The spring, which was a meeting point in the neighbourhood for a long time, will be located in C/ Garcilaso, between C/ Gran de la Sagrera and C/ Berenguer de Palou, very close to its original location. 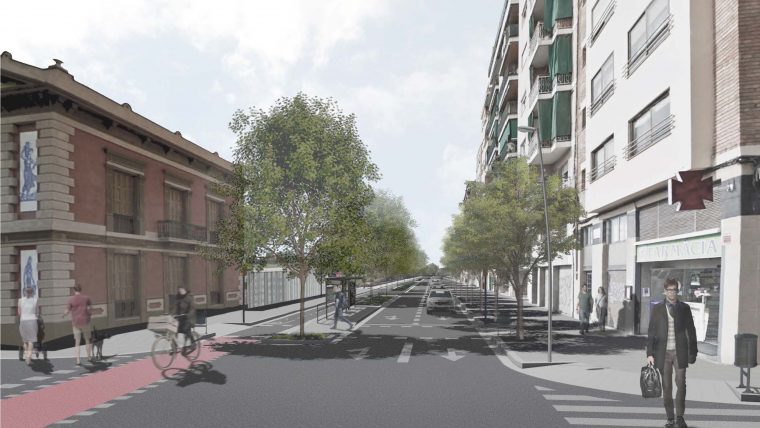