Valentí Fuster, a global authority on cardiology, Montserrat Agudé, biologist and genetics researcher, and Teresa San Roman, specialist in the study of the Roma people, received the Gold Medal for Scientific Merit in recognition of their careers, their academic devotion and social commitment, which have made them three international role-models in their fields of expertise. 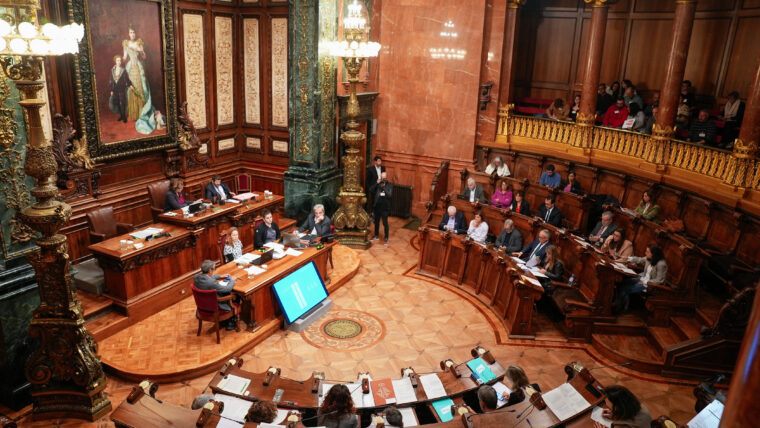 Valentí Fuster was born in Barcelona in 1943 and studied medicine at the University of Barcelona. He is a global authority in the field of the circulatory system and, more specifically, his area of work relates to coronary artery disease, arteriosclerosis and thrombosis.

In 1994 he was named as the head of the Hospital Mount Sinai Cardiovascular Institute in New York, a post he has combined since 2012 with his position as the Physician-in-Chief at the same hospital.

His research has earnt him international recognition with accolades such as the Grand Prix Scientifique from France in 2011, the most prestigious award in cardiology. In 1996, he received the Principe de Asturias Research Award for his studies on the origin of cardiovascular accidents, which have helped improve the prevention and treatment of heart attacks.

Author of numerous articles in the most prestigious journals in experimental science, she has received various awards, including the Distinction of the Government of Catalonia for the Promotion of University Research (2001-2007) and the National Genetics Award (2010)

Teresa San Román, born in Pontevedra in 1940, has devoted her life and her career to the study of the Roma community, with extensive and pioneering studies which have earnt her national and international recognition. She has also worked with the Senegalese and Gambian community and carried out research on old age.

Her work on ethnic minorities has been recognised through various awards, such as the Civil Order Medal for Solidarity from the Ministry of Work and Social Affairs. She has also been jointly decorated as a member of honour with the Federation of Gypsy Associations of Catalonia.