The protocol has been activated for dealing with gender assaults during the district’s Festa Major [big annual festival] following the sexual assault on a Barcelona resident returning from the festivities. The protocol’s Work Board convened a rally and demonstration that began with a reading out of a joint manifesto at Plaça de la Vila. 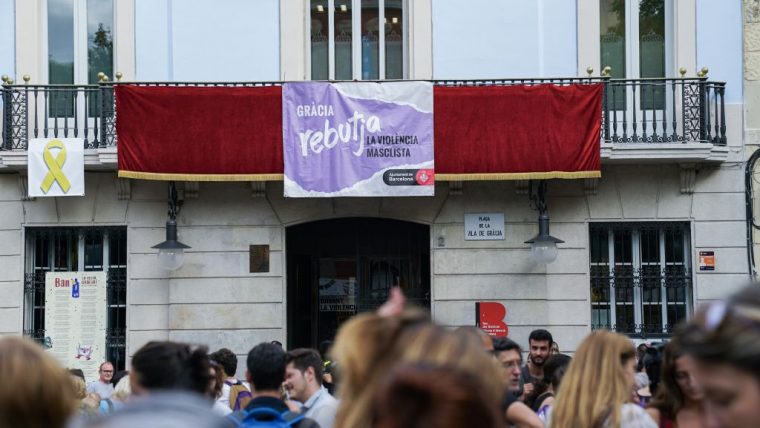 The Work Board is made up of the following associations: the Barcelona Circuit against Gender Violence, the Sexuality Assistance Youth Centre (CJAS), the Family Planning Association of Catalonia and the Balearic Islands (APFCIB), the Gràcia Feminist Assembly, the District of Gràcia and the Festa Major Foundation.

Besides activating the protocol, the Board agreed to a joint manifesto that was read out at Plaça de la Vila by representatives of all its member associations, to express its condemnation of a sexual assault on a Barcelona resident returning from the festivities, which the Mossos d’Esquadra [Catalan regional police] are investigating.

The text highlights zero tolerance for any form of behaviour that restricts the way women freely enjoy festivals, while condemning the types of attitudes and conduct masked by alcohol and partying.

The manifesto emphasises the joint work being done by the protocol’s signatory associations and presents data from the work carried out at the Purple Points and its travelling pairs. You can read the entire text here.

The reading out of the manifesto was attended by Gràcia’s associations as well as representatives of the district’s decorated squares and streets, local residents and representatives from the City Council, district, regional government and other political groups. 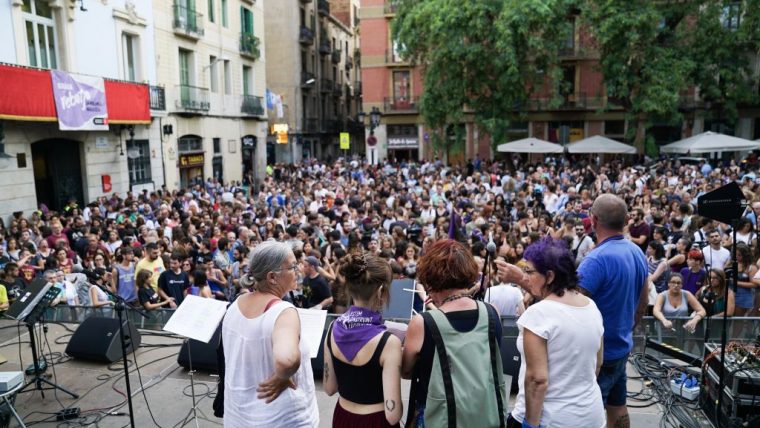