Keeping bikes off the pavements with 1,000 km of alternatives

Bicycles will not be allowed to circulate on the city’s pavements as from January 2019, with a few exceptions to apply. The cycling infrastructure has been extended and now offers 1,000 km of bike lanes, 30 km speed limits and calmed streets so that cyclists can reach any point in the city safely and efficiently. Bicycles also have priority in practically all streets and thoroughfares. 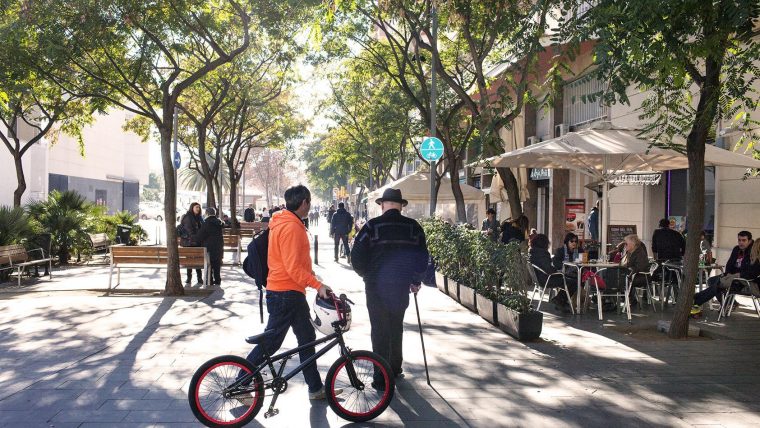 As from 1 January the by-law on the circulation of pedestrians and vehicles will be applied in full. The implementation follows a moratorium of eighteen months approved in July 2017, delaying the prohibition of bicycles circulating on the pavement.

The municipal regulations mean bicycles can circulate on pavements when there is no bike lane, and no sign indicating otherwise, in the following cases:

The moratorium for the prohibition on bicycles circulating on pavements was decreed in light of the planned growth in the cycling infrastructure. The development of new bike lanes and street calming has grown enough since then to be able to put an end to pedestrians and cyclist sharing pavements.

The cycling network now consists of a thousand kilometres, conditioned for use by bicycles: areas with 30 km/h speed limits for motorised vehicles, calmed streets and bike lanes, which have grown by 72% in the last three years, from 116 km to 204 km.

The network has an axis running from the sea to the mountains, and another between the Besòs and Llobregat rivers so that cyclists can get around more efficiently and safely to any point in the city. In addition, 90% of Barcelona residents have a bike lane within 300 metres of their homes.

At the same time, bicycles can circulate on road surfaces, where they should keep to the middle of lanes and cannot be overtaken by other vehicles, which must maintain a safety distance of 1.5 metres. This option exists even when there is a bike lane available.

The municipal strategy during this term of office has been to back alternative means of transport to private motor vehicles. The improvement in public transport and the promotion of the use of bicycles have been the main measures in this strategy, which will also bring improvements to the infrastructure and a revamp to the Bicing system, the municipal bike-sharing service.

The new Bicing system will start operating in January, with services to be extended progressively. The revamp means 24-hour service; greater geographical cover, with 519 stations (95 of them new) offering electric and push-bikes; an entirely new fleet of vehicles with a safer and more comfortable design, as well as more electric bikes (increasing from 300 to 1,000).

The Urban Mobility Plan 2013-2018 prioritises the circulation of pedestrians, followed by public transport and bicycles, with private motor vehicles having the least priority. The goal is to foster safer, more sustainable and efficient mobility and move towards becoming a healthier city with more vitality in its streets.

Getting around on foot encourages healthy habits, a sense of belonging to the neighbourhood and the social use of public space and local commerce. Initiatives have been developed to promote walking as a means of getting around, such as the superblocks in Sant Antoni, Poblenou and Horta, more streets with curbless paving and the widening of pavements.

In order to improve mobility in the city, parking regulations for motorcycles and mopeds have also been applied, now complemented by the regulations on the circulation of bicycles, which apart from keeping off the pavements must also adapt their speed to pedestrians in calmed streets. 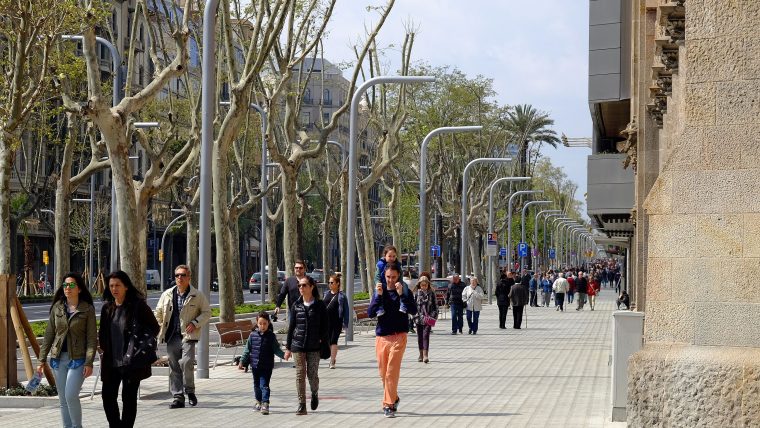 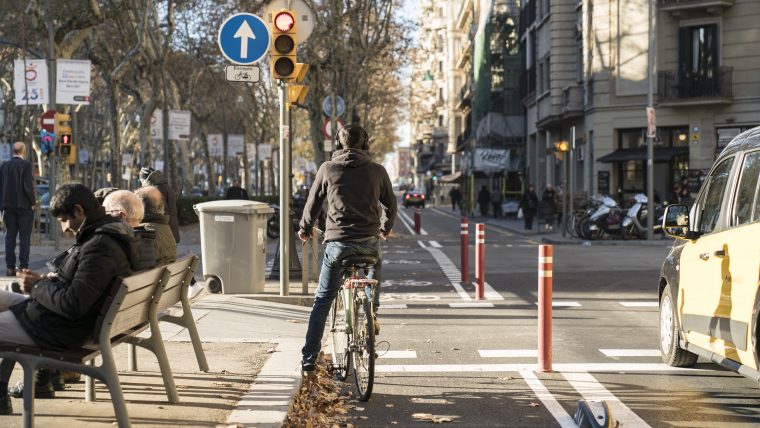 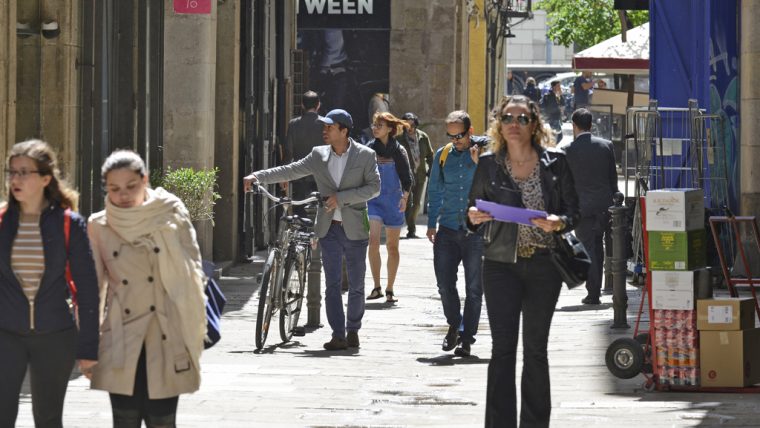 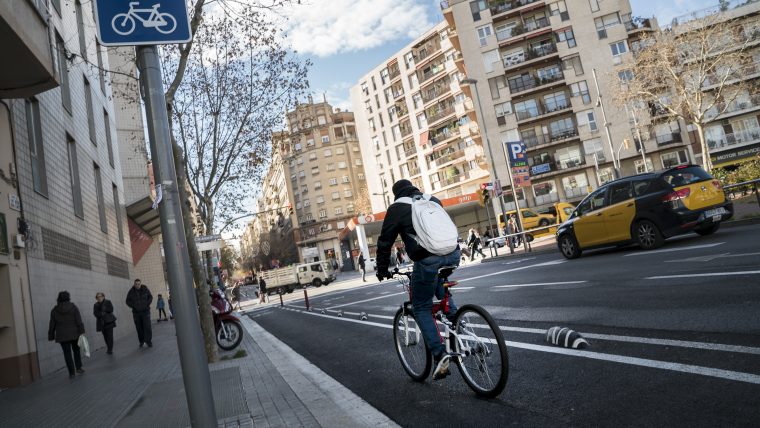