Municipal services are being boosted on 31 December and 1 January to ensure the celebrations for New Year’s Eve go smoothly and help usher in 2019. The City Police and the Mossos d’Esquadra police corps will be stepping up their presence in and around Av. Reina Maria Cristina, with cleaning services also doubled across the city and the metro system operating around the clock. 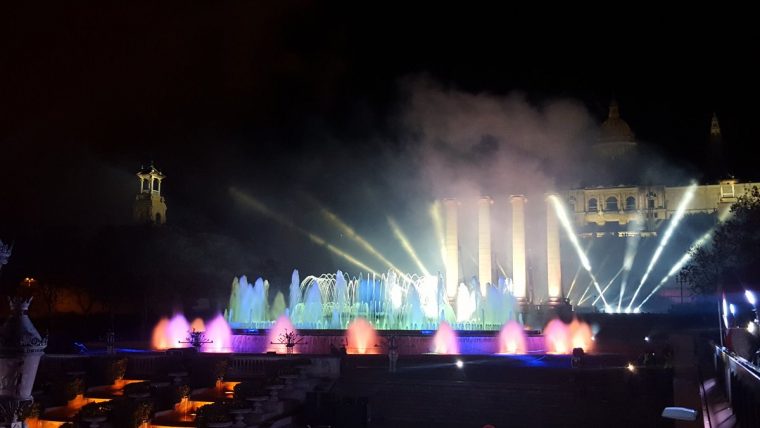 The City Police and the Mossos d’Esquadra will both be stepping up their presence and performing a safety and prevention role in and around Av. Reina Maria Cristina, at the foot of Montjuïc, where the New Year’s Eve show takes place.

Prevention and safety work carried out by the police in the area around the show will be complemented with protective elements set up there, allowing for police and emergency vehicle access at all times. This means the pavement in Av. Reina Maria Cristina on the side nearest the Llobregat river will be closed to the public, acting instead as an access lane and safety zone.

The only access point for the celebration will be via Plaça d’Espanya, with access restricted in Av. Rius i Taulet and Av. Francesc Ferre i Guàrdia. These two roads will be kept as evacuation routes in the case of an emergency, as well as to allow people to leave once the show is over.

A special security operation will be in place to control and prevent uncivil behaviour, with police teams at the access point in Plaça d’Espanya and along Av. Reina Maria Cristina.

Disruptions to traffic and pedestrian routes

Work began on 28 December to set up the show and since then the pavement in Av. Reina Maria Cristina nearest the Llobregat river has been closed to the public, except for a section between the fountains and the road surface. Today, 31 December, the avenue and Av. Francesc Ferrer i Guàrdia (between C/ Guàrdia Urbana and C/ Mèxic) will be closed to traffic as from 7 pm, or when the build-up of people makes it necessary.

Before that, at 5 pm, all pedestrian access points around the firework zone will be closed. The area on both sides of the Palau Nacional will be closed at 10.30 pm, when Av. dels Montanyans will also be closed to traffic.

The New Year’s Eve clean-up operation means cleaning teams in and around Pl. Espanya and Av. Reina Maria Cristina have been bolstered, with 45 cleaning personnel on duty. Forty chemical toilets have also been set up, four of them adapted for people with functional diversity.

The cleaning teams will be working in conjunction with the City Police ahead of the celebrations, as well as for the clean-up operation afterwards.

Containers will be located in and around Pl. Espanya and Av. Reina Maria Cristina so that anyone carrying glass can get rid of it and get plastic cups instead. Two civic promotors and thirty helpers will be on hand to facilitate this exchange.

After the show, cleaning teams will coordinate with the City Police to clean the whole area.

The clean-up operation also means cleaning teams will be working to ensure places such as Plaça de Catalunya and La Rambla are clean again first thing in the morning.

The operation by the City Police and the Mossos d’Esquadra will also see them working together to ensure that New Year’s Eve celebrations by people gathering in Plaça de Catalunya and other locations, mainly in the city centre, do not affect the normal use of public streets and squares.

The City Police will also be working to ensure local residents’ hours of rest are respected and looking out for any illegal activity in the streets. Officers have been carrying out inspections at various premises open the public, particularly in relation to noise levels, the exceeding of capacities, underage drinking and drinking in the street. In the days before the celebrations, the City Police and the Fire Prevention, Extinction and Rescue Service (SPEIS) have also been coordinating inspections at these types of premises to ensure they meet safety conditions.

Throughout the night the City Police will also be strengthening road safety in the city and setting up breathalysing and drug-testing points, the aim being to boost accident prevention.

Metro to operate for 43 hours non-stop

Transports Metropolitans de Barcelona (TMB) will again be offering an all-night metro service for New Year’s Eve. That means eight lines and 156 metro stations on the system will be operating from 5 am on Monday 31 January through until midnight the following day, representing 43 hours of uninterrupted service in all. Keeping the metro running all night for New Year’s Eve is intended to facilitate fast and safe mobility for people from Barcelona and the metropolitan area. The move is part of TMB’s Christmas operation.

The City Council recommends the metro as the ideal way to get to Av. Reina Maria Cristina, in particular the Espanya metro stop (L1 and L3) as the nearest station, as well as Hostafrancs (L1), Tarragona (L3), Rocafort (L1) and Poble Sec (L3). Staff will be on hand to help regulate the flow of passengers at these stations before and after the celebration. In any event, users are advised to follow instructions given by members of staff, PA systems and signs.

The preparations for the celebration mean TMB bus services which circulate around the area are being diverted (routes 13, 23 and 150). Other bus services in the area may be affected today depending on traffic restrictions and the volume of people. 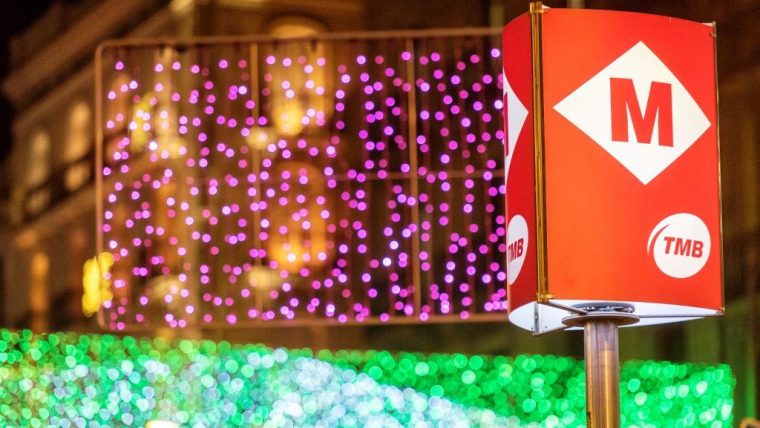 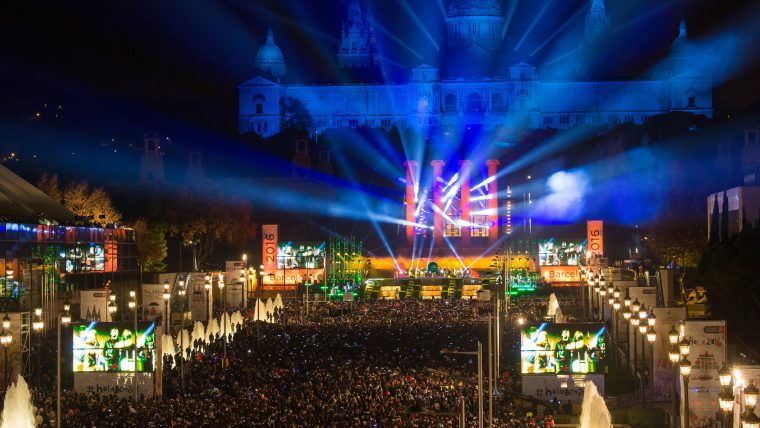