Constitution and first meeting of the Barcelona Superblock Advisory Board, which will provide guidance and assess the rollout of the project. The transformation of the first four streets and four junctions of the 42 areas to be remodelled attracted 86 proposals, more than any other urban planning competition in the city. The goal is for all local people to have a green street or square with 200 metres of their home. 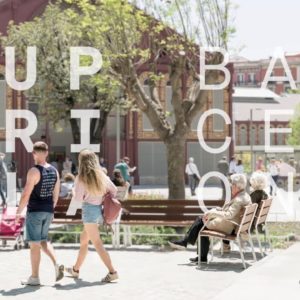 The role of the Barcelona Superblock Advisory Board is to formulate proposals, issue reports, coordinate participation and help to disseminate the plan.

The body for reflection, guidance and project evaluation brings together eighteen experts from fields such as architecture, geography, urban planning, the environment, landscaping, sociology and culture.

Record participation in the ideas contest

The ideas contest for remodelling the first four streets and junctions for the first stage of the project attracted 86 proposals in all, a record for participation in urban planning projects.

Forty projects were put forward for the four green streets. The winning team will define the model for public space and the project for C/ Consell de Cent. The second, third and fourth placed teams will be tasked with the projects for C/ Girona, C/ Rocafort and C/ Comte Borrell respectively.

From the 46 proposals put forward for junctions, a winning team will be selected for each of the four squares and tasked with developing the project:

The winning teams will be announced in March, with work expected to start in the first quarter of 2022.

More space for pedestrians and greenery

Once completed, the Barcelona Superblock project will feature 21 green streets and 21 squares, with 33 hectares of space for pedestrians and 6.6 hectares of urban greenery.

The goal is for all local people to have a green street or square within 200 metres of their home.