Seven minutes from Verdaguer to Glòries by tram

The proposal for the first stage to connect the tram systems along Av. Diagonal is on the table, with the extension of the Trambesòs system from Glòries to Verdaguer. Journeys along this 1.8 km section would take seven minutes and mean a 58% increase in passengers, connecting the tram with the L1, L2 L4 and L5 metro lines and fifteen TMB bus services. 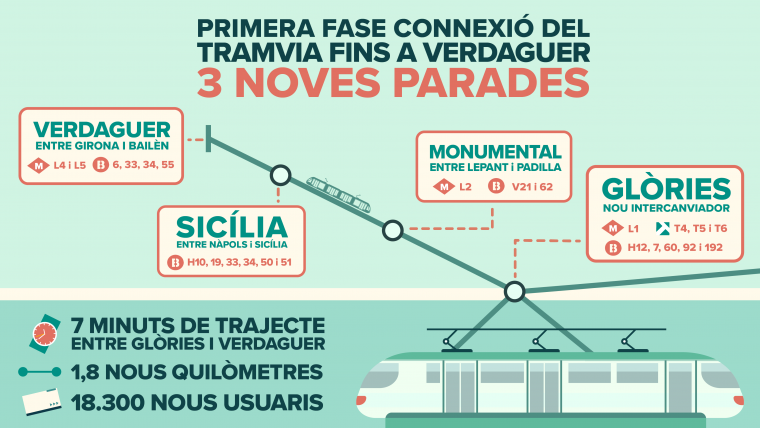 Coinciding with the final stage of the commissions to study the connection of public transport along Av. Diagonal, all municipal groups are considering the municipal government’s proposal to start connecting the Trambaix and Trambesòs systems. In other words, to build the system connecting Pl. Francesc Macià and Pl. Glòries.

This first proposal could be completed during this term of office and would see the Trambesòs system extended along Av. Diagonal as far as Verdaguer, a 1.8 km section covering half of the distance between the two systems. The construction of this section would represent a significant improvement to public transport in the area, as well as in the city as a whole and the metropolitan area, linking the municipalities of Sant Adrià de Besòs and Badalona with the centre of Barcelona and new transfer options.

The average number of passengers using the Trambesòs system would rise from the current volume of 31,400 to around 49,700, an increase of 18,300, or 58%. This increase shows the potential of the complete connection of the two tram systems along Av. Diagonal. Residents in all the municipalities the tram goes through at present make 480,000 journeys a day. Sant Adrià and Badalona, the two cities which would gain most from the extension as far as Verdaguer, represent 107,000 and 36,000 journeys respectively.

Tram access to the city centre and further transfer options on the metro and bus networks would multiply public transport efficiency, meaning a drop in the use of cars and a healthier and more liveable city.

The new section would include three new stops and a new transfer connection at Glòries, linking up with the L1, L2, L4 and L5 metro lines and fifteen TMB bus routes, on top of the existing tram connection with the T4, T5 and T6 Trambesòs lines. 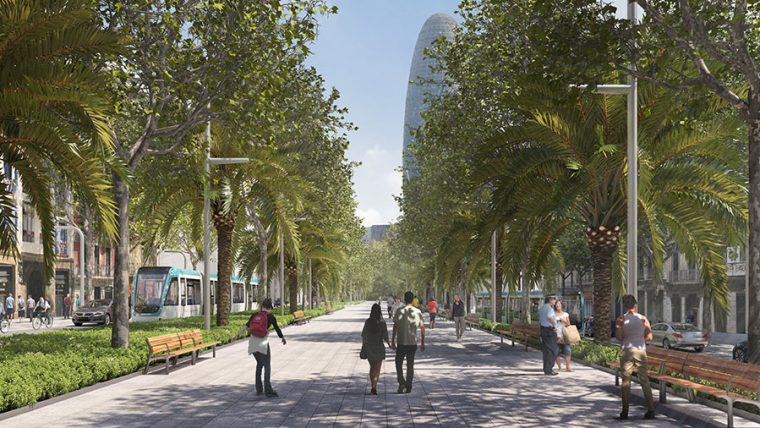