A new shuttle bus service will connect the Alfons X metro stop and the Park Güell to decongest the roads in the area around the monumental part of the park and cut the volume of tourists using the 24 and 92 urban bus services. In addition, these two services will no longer stop right in front of the park and will run more frequently. The new service should start operating before the summer. 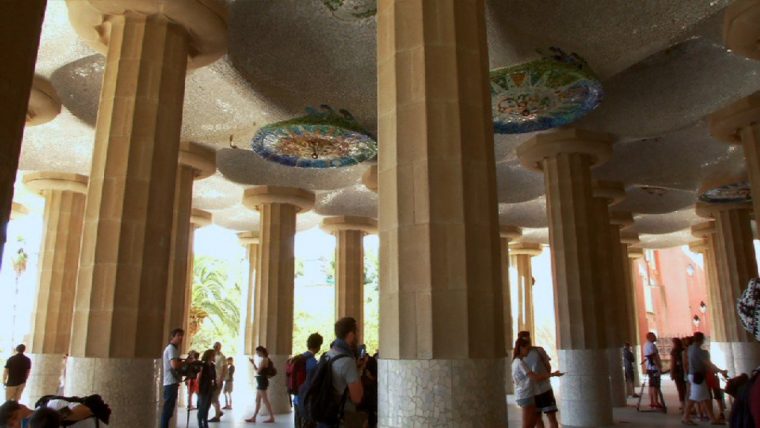 The new Park Güell shuttle bus and the measures to control the volume of tourists using the 24 and 92 urban bus services are two demands which have been made by local neighbourhoods to reduce the saturation of roads and public transport around the monumental zone in the park and improve mobility for local residents.

A bus for more than half of visitors to the park

Between 50% and 60% of visitors to the monumental part of the park, roughly 1.5 million people a year, will be able to benefit from the new shuttle service, which will start operating before the summer. To use the bus visitors should purchase a ticket for the park in advance, which will include a transport ticket and cost 10 euros.

Local residents with the Park Güell card, the document providing free access to the monumental zone for people living in the neighbourhoods of El Coll, Vallcarca i els Penitents, La Salut, El Carmel and Can Baró, will also be able to use the new bus.

A service adapted to its surroundings

The stops on the shuttle bus route have been designed to optimise the service so that it is quicker than at present, connects with public transport, minimises the negative effects caused by the volume of visitors to the park for local people, commerce and mobility in the city as a whole.

The bus route will operate between Plaça d’Alfons X and the Carretera del Carmel:

Bus times will be linked to opening times for the monumental zone, starting between 8 am and 8.30 am and ending between 6.15 pm and 9.30 pm, depending on the time of year.

Services 24 and 92 for local residents

As from November the 24 and 92 bus stops in front of the entrance to the Park Güell will no longer be used. The aim of this measure is to dissuade tourists from using these buses and improve their frequency to help mobility for local residents.

The Park Güell of the future

The measure is part of the Park Güell Strategic Plan 2017-2022, which aims to recover the monumental area as a place which local residents feel is theirs and redress the area’s iconic tourist nature, offsetting the negative effects for local neighbourhoods.

To make this possible, various measures are planned to improve mobility and the way the park is integrated with local neighbourhoods, to promote social uses there, preserve the surroundings and heritage to reduce tourist overcrowding.

Some measures, such as the reopening of the Baixada de la Glòria and improvements to access in the monumental area, have already been applied.

Getting to the monumental part of the park from the city centre will be quicker with the new service, which connects with the Alfons X metro stop. 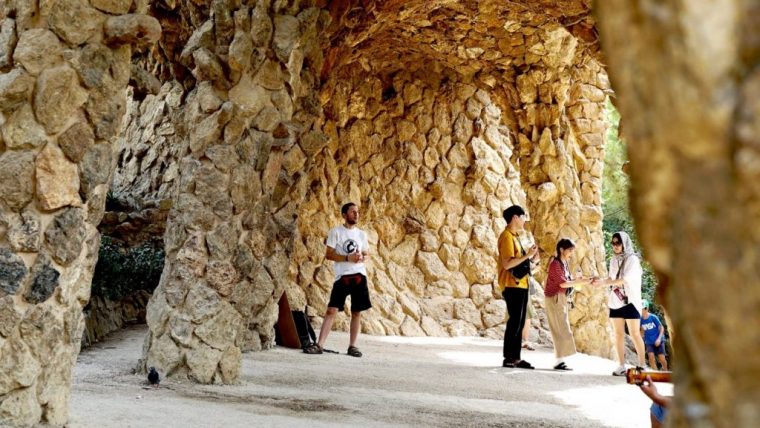 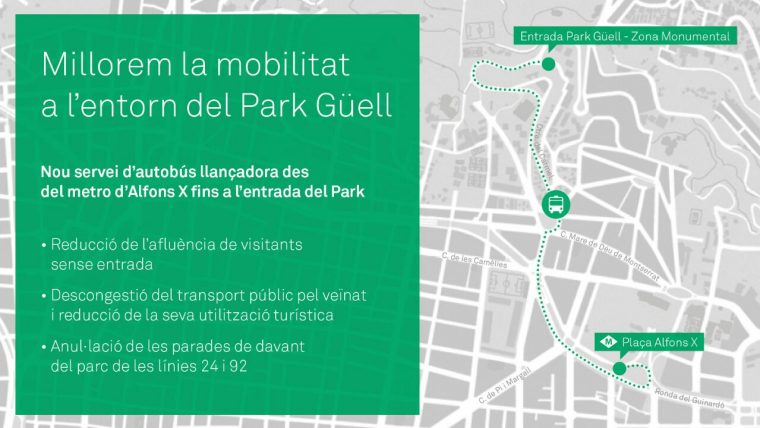