A giant octopus, a new space for children’s games at the Parc de La Pegaso

A large octopus structure has just been installed at the Parc de La Pegaso, in Sant Andreu, a new unique children’s-games area in the La Sagrera neighbourhood aimed at stimulation children’s imagination in outdoor games and recreation. The Project is the result of a participatory process carried out with children from the vicinity’s schools. 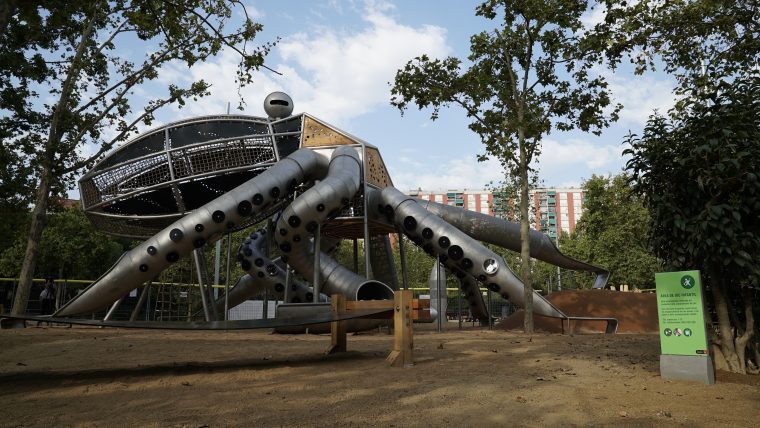 The games area is located inside the Parc de La Pegaso, a green and peaceful environment promoting community life and coexistence which will soon be open to the public.

The space’s central attraction is a structure shaped like a giant octopus made up of various recreational elements such as slides, nets, rope ladders and tunnels; a combination that is intended to stimulate children’s imagination. And, what is more, to bolster its users’ sense of being in a submarine universe, the octopus is surrounded by other game features, such as swings, tilting platforms and climbing circuits, decorated with sea-world motifs.

The remodelling of the children’s games area at the Parc de La Pegaso is the result of a participatory process involving close to two hundred fifth- and six-year primary-school students from the Congrés-Indians, Pegaso and Turó Blau schools and taking account of the needs and views of the children. A new way to créate game areas through collaborative work and networking for contributing to the development and well-being of Young children and teenagers in public spaces.

The unique games space at the Parc de La Pegaso is part of the pioneering Plan for Games for Public Spaces that was designed with the aim of building a more child-friendly city promoting the children’s well-being, learning and creativity and neighbourhood life in a peaceful and greener environment.

This plan will see other games areas put up in Jardins de la Indústria, Eixample and the Parc Central de Nou Barris, as well as work begin on installing, at the end of the year, a games area in Avinguda Meridiana. 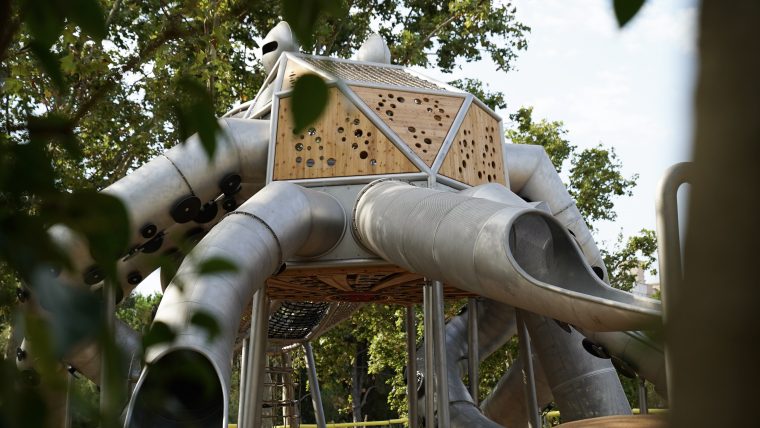 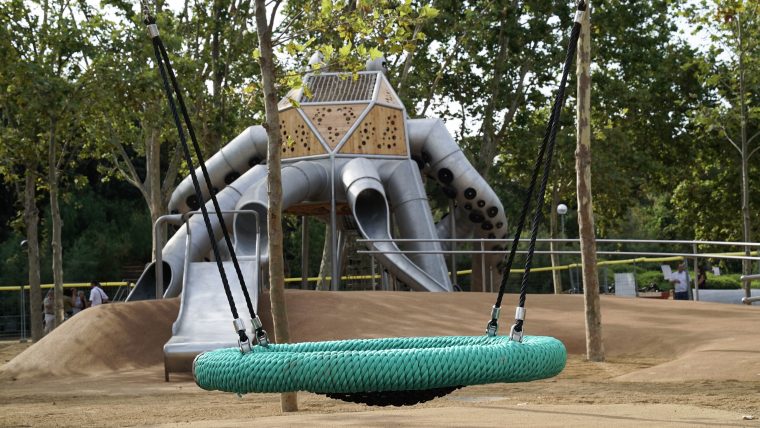 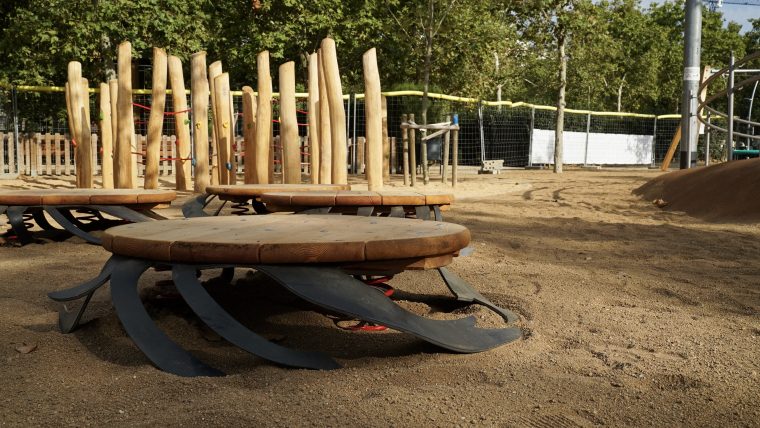 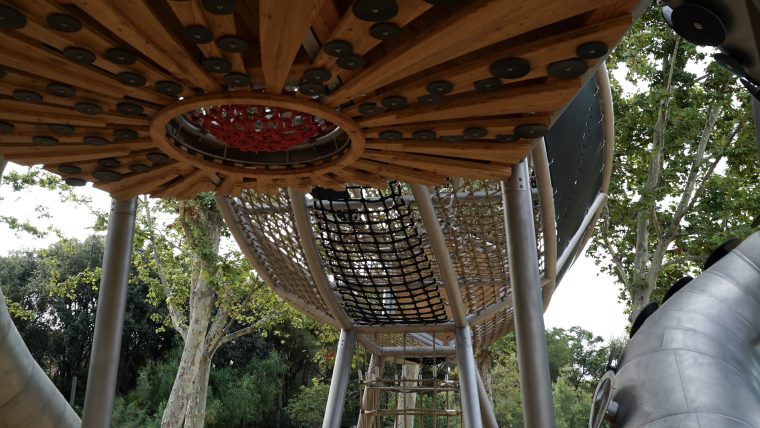 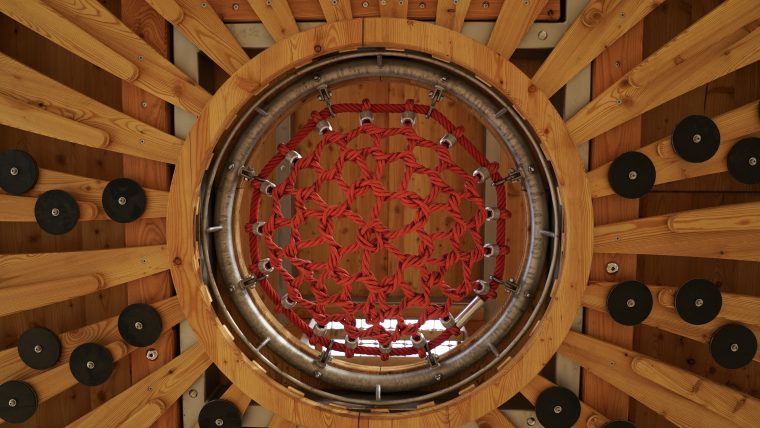 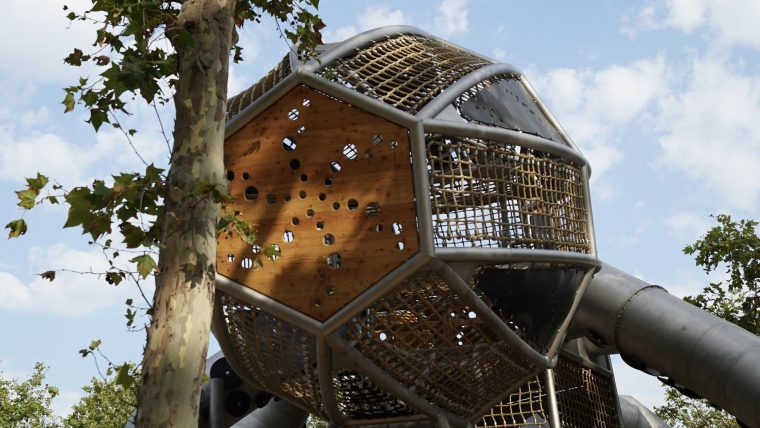 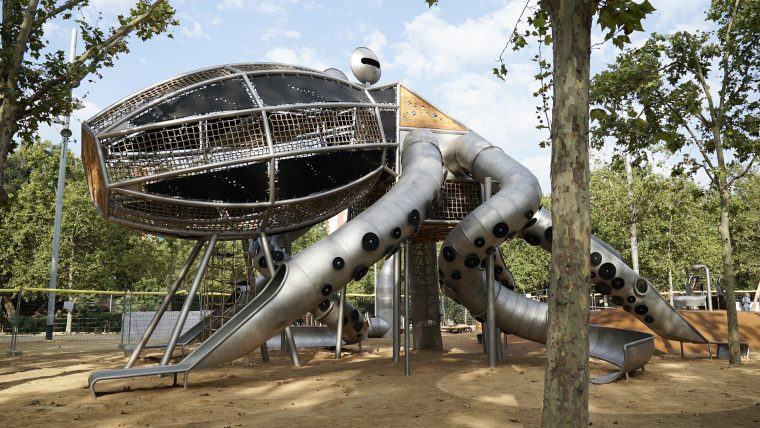 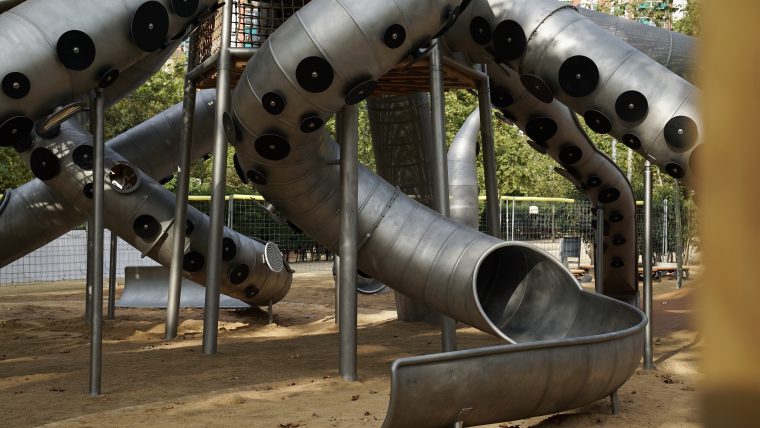