Magic grips the city for Christmas!

A thousand activities bring the magic of Christmas to the city’s 73 neighbourhoods, with more illuminated streets than ever. A string of fantastic characters will also be welcoming the excitement, traditions and values that come with these days of the year, in a campaign which reinvents the greetings cards from olden-day professional guilds in Barcelona. The ceremony to switch on the Christmas lights is on 28 November, signalling the start of celebrations that will spread to various places across the city.

This year’s Christmas campaign offers a modern take on the greetings cards which used to be sent by different professionals in the city and were distributed among people for the festive season. The professions now take on magical properties, with fantasy characters symbolising the traditions, values and magic of Christmas.

The characters include the Tió trainer, the welcomer, the food taster, the grape peeler, the gift wrapper, the non-sexist toy inventor and the Three Kings. This clutch of seasonal characters are the work of the illustrator Olga Capdevila, with the collaboration of the designer Pol Solsona, and is based on the poetry, fables, tales and stories of the writer Irene Solà.

The characters come to life in some of the activities in the city at Christmas.

Various streets and squares in the city centre are being lit up for the first time in years this Christmas, the aim being to add extra vitality to the area. Via Laietana, Plaça Urquinaona, the area around Mercat de Sant Antoni and Plaça Universitat will all be illuminated for the first time, in addition to the rest of the city’s illuminated streets.

A hundred kilometres of city streets will be lit up in total. Funding has been provided for lights in various streets and squares where long-term works have been carried out, as well as streets included in the Neighbourhood Plan and the streets in the project to regain sixty power points by the Trinitat Vella retailers’ association and the project to regain ten power points by the Fundació Raval Km 0.

The ceremony to switch on the lights is being held in Plaça de Can Fabra (Sant Andreu) on 28 November, at 5.45 pm. The show will be directed by the Dagoll Dagom theatre company, with music naturally playing a part.

The stage show by Dagoll Dagom, entitled De les foscors en farem llum, tells the story of a lonely and downbeat grandpa whose enthusiasm is rekindled thanks to the imaginary world of his granddaughter.

Six giant luminous inflatable rabbits will occupy Plaça de Catalunya, offering a space for sensitivity and affection to flourish at Christmas. Visitors to the square can take part in shows committed to the environment and the conservation of the natural world. Polsim d’estels is an artistic production which transmits a philosophy of hope for a brighter future.

The art installation will be in Plaça de Catalunya from 20 to 31 December, with performances during the day and at night. Other activities in the square include the fifth Social and Solidarity Economy Responsible Consumption Fair and the ‘Millor adopta’ project promoting responsible pet ownership and adoption of the animals at the Barcelona Pet Shelter.

Nativity scenes for all tastes

Innovation and tradition once again coincide in the city’s nativity scenes.

In Plaça de Sant Jaume, artist Paula Bosch presents a modern scene based around the boxes we dig out before Christmas which contain decorations, tableware and nativity scene figures, along with traditional foods and much more. The other side to the nativity scene shows what we see from the streets: lights in windows, streetlamps lit up and different ways of celebrating Christmas.

The nativity scene in Plaça de Sant Jaume can be visited from 29 November to 6 January.

Activities and shopping in the neighbourhoods

Over a hundred activities are being organised to fill the city’s shopping hubs this Christmas. The idea is to boost local commerce, and for local people get the best out of the festivities in their neighbourhoods.

There are recreational and educational activities for all audiences, from storytelling to gospel, magic, dance, circus, robotics and much more. In all, 110 activities are planned, eleven in each of the districts.

The city’s Christmas fairs are an essential part of the festive season again. Av. Catedral hosts the 233th edition of the oldest and most popular Christmas fair in Catalonia, the Santa Llúcia Fair, offering 282 stalls from29 November to 23 December.

The Sagrada Família Christmas Fair, the most traditional fair in the Eixample district, brings together nearly a hundred stalls selling Christmas trees, decorations, figures and craft foods. It is open from 23 November to 23 December.

Elsewhere, the Gran Via de les Corts Catalanes presents the Three Kings Fair from 20 December to 6 January, with 243 stalls offering toys, craft items, gifts and hot xurros. The end of this fair rounds off the Christmas campaign

A day not to be sniffed at

The last day of the year starts with a visit from the Nose Man, who has as many noses as there are days left in the year. A parade will be setting off from the Casa dels Entremesos, with an entourage of animals from Arca de Noè and the Percúdium drummers. In the afternoon it’s time for one of the city’s most original and festive running events: The Nose Race.

The Magic Fountain in Montjuïc will be hosting the celebrations for New Year’s Eve again. From 9.30 pm onwards, Av. Reina Maria Cristina will be the place to watch a music and light show by Groupe F. This is the second year in a row that the French company have organised the visual and fireworks display to welcome the New Year in style. In the last ten minutes of the year we’ll burn what we’re leaving behind us, and in the first twelve minutes of 2020 will make twelve wishes for the New Year.

The Three Kings reach the city

Magic sets foot in the city again on 5 January, with the arrival for the Three Kings of the Orient and their entourage of magical creatures, royal messengers, dummy collectors, toys and sacks of coal.

Melchor, Gaspar and Balthasar will be arriving at the Moll de la Fusta wharf at 4 pm to greet the Mayor. The Three Kings Parade starts at 6 pm, with the Kings taking to the city streets to meet all the children and collect their final wishes. The parade ends in Av. Reina Maria Cristina.

A few days before that, from 2 to 4 January, the royal page will have collected letters from young children at the City Hall, while royal messengers will have done so on board the schooner Santa Eulàlia.

For full information on activities this Christmas, go to barcelona.cat/nadal. 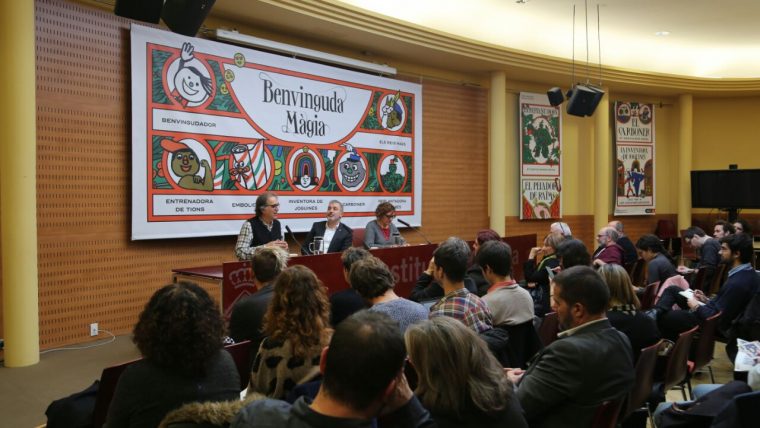 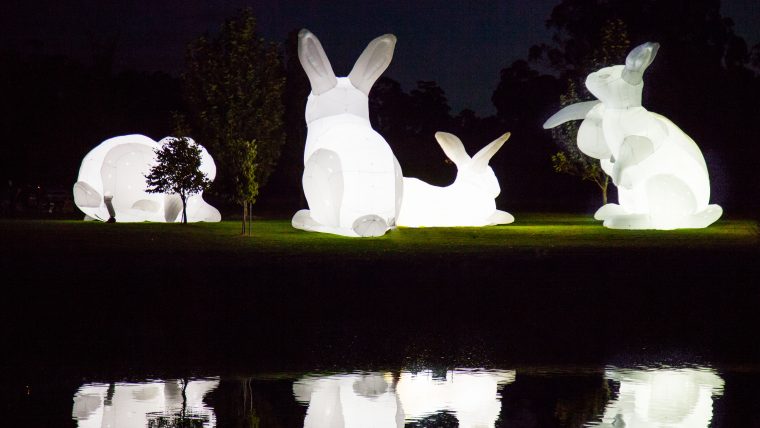 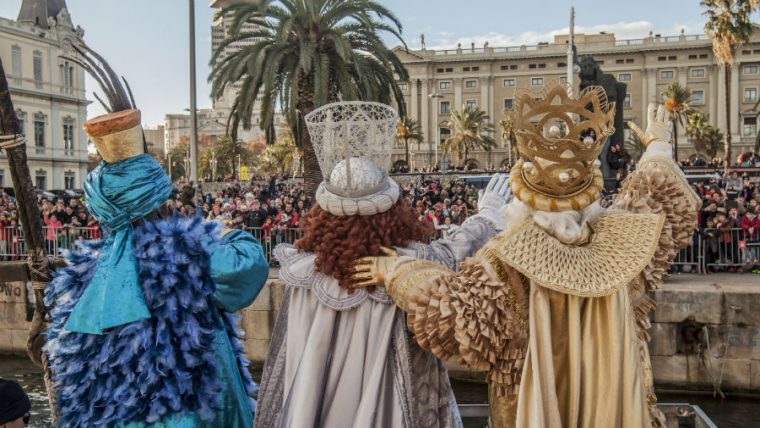 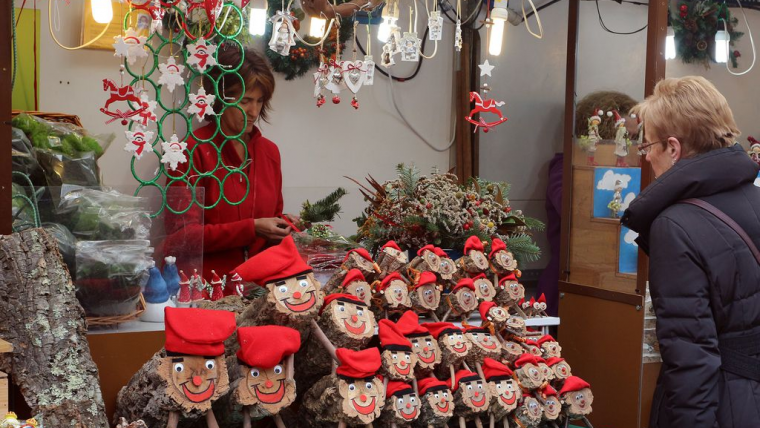