Amid a festive atmosphere, with entertainment from the Comediants company, music and circus acts, the sculpture of Antonio López, first Marquis of Comillas, 19th century industrialist and slave trader, is to be removed from the square that bears his name. Two information pedestals will also be inaugurated for the public to discover the history of the square and the figure. 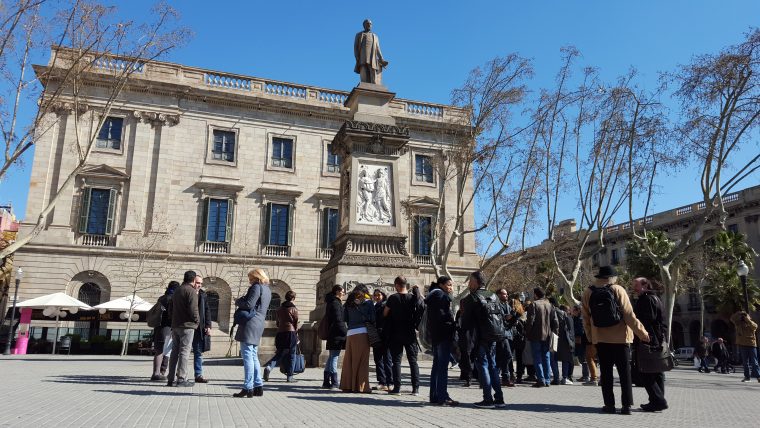 The removal of the monument to the businessman and slave trader from the early 19th century, who made his fortune with the illegal traffic of people from the African coast to Cuba, was a long-standing demand from entities and citizen movements. A participatory process to rename the square is also under way.

The celebration will also include the inauguration of two information pedestals, one on the history of the square and the other on the bullangues popular uprisings which played a key part in ending the absolutism of the 19th century.

The measure is part of the street calming process for Via Laietana, which consists of a series of planning measures aimed at achieving greater communication between the Gòtic neighbourhood and the old quarter.

Who was Antonio López?

Antonio López y López was born in the Cantabrian town of Comillas in 1817 and was one of numerous industrialists who went to the Americas, firstly to Mexico and later Cuba, to do business. He took part in the trafficking of slaves from the African coast to Cuba, an activity which was illegal after 1820 and which generated a huge fortune for him.

When López returned to the peninsula he moved to Barcelona with his family, from where his various business activities included running the Compañía Transatlántica ocean line and helping found the Banco Hispano-Colonial. He was also actively involved in keeping slavery going and putting the brakes on social reforms in Spanish colonies such as Cuba and Puerto Rico.

This contribution earnt him the title of Marquis of Comillas in 1878 and Spain’s Grand Cross in 1881, awarded by Alfonso XII. In 1884, a year and a half after his death, the statue paying homage to him was erected. The monument sparked controversy from the outset and was demolished in 1936 at the start of the Spanish Civil War, later to be rebuilt in 1944 with the collaboration of the sculptor Frederic Marès.

The bullangues were working class city uprisings which occurred between 1835 and 1843 as people demanded democratic reform and political participation. They entailed protests over the poor social conditions and political marginalisation suffered, and were particularly directed at those considered responsible for inequality and poverty. 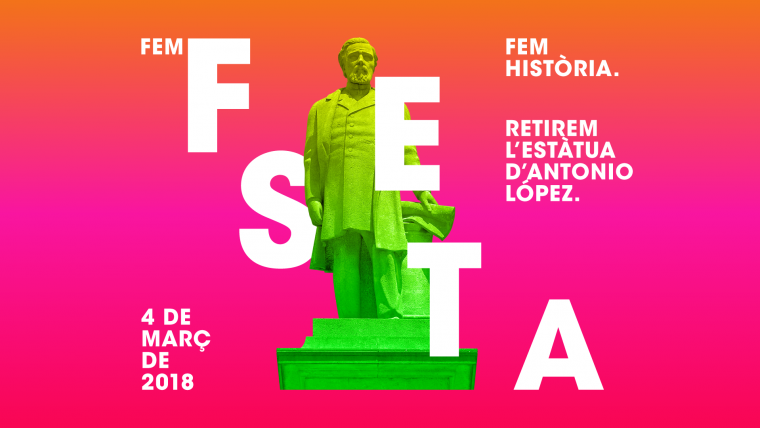