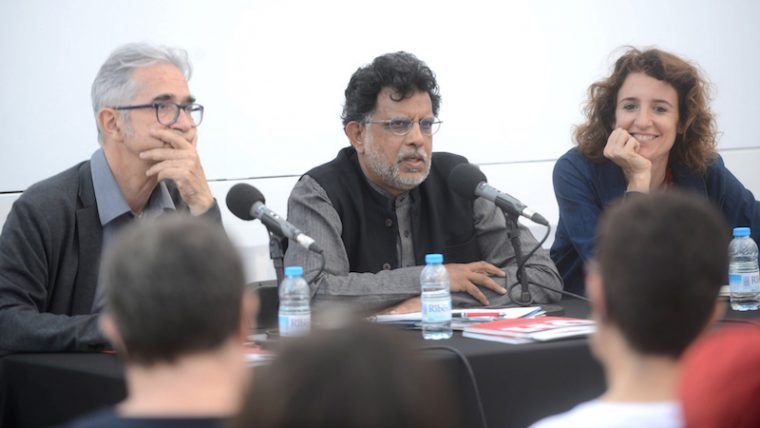 The Plan for the Right to Housing of Barcelona 2016-2025 (PRHB) is the topic that the latest issue of ‘Housing Issues’ is dedicated to, a periodical published by the City Council of Barcelona to share information on housing matters.

The Councilor for Housing and Rehabilitation of Barcelona, ​​Josep Maria Montaner, and the former Special Rapporteur on Housing of the United Nations, Miloon Kothari, presented the 21st edition of this publication yesterday in an event moderated by the head of the Cabinet of the Department of Housing, Vanesa Valiño.

The presentation took place in the d’Elisava gardens, in the Plaza de las Glòries Catalanes, within the framework of an exhibition dedicated to APROP housing.

The new ‘Housing Issues’ explains the reasons that prompted the creation of the PRHB by the municipal government, reveals the participatory process that was followed during its drafting, breaks down the main points of the plan and offers detailed information on the actions taken.

The Plan for the Right to Housing is an instrument that defines the proposals and municipal commitments in housing policy for the period 2016-2025 and includes the measures approved by the City Council to defend this right to the city.

A general plan with concrete measures

The former UN Special Rapporteur assessed the PRHB very positively. He believes that it is “an example for cities around the world” because it addresses the defense of the right to housing “from a general perspective” and provides for the deployment of a series of measures to ensure it is effective.

This shows, according to Kothari, that “housing is a central concern” for the Barcelona City Council, and “not just a discussion“. In this same sense, he stressed that setting objectives obliges the City Council to evaluate whether or not it is fulfilling them.

The expert added that, in the area of ​​housing, “most municipal governments carry out concrete actions within their mandate” and that “it is very rare for municipalities to have such a long-term vision“. For all these reasons, he concluded that the Barcelona plan could be a model applicable to other places.

During the event, the Councilor for Housing and Rehabilitation of Barcelona presented the housing situation in Barcelona. Montaner highlighted the rise in prices, the gentrification that can “devour neighbourhoods”, the lack of public housing and the ever-increasing presence of investors who want to do business in the city.

Faced with these problems, according to the Councilor, it is necessary to propose “very diverse solutions”. That is why the PRHB has four lines of action:

– Prevent and address the housing emergency and residential exclusion with measures to help people who cannot afford their homes.

– Guarantee the proper use of available housing by seeking solutions that give buildings a social use (cession of those that are empty, exercising the rights of first refusal, etc.).

– Expand the affordable housing offer by promoting the construction of new public projects.

– Promote housing improvement and rehabilitation with measures that protect tenants and confront gentrification.

Good practices in other cities of the world

Throughout his speech, both Montaner and Kothari listed some examples of good practices in housing that are being carried out in other cities around the world.

Both mentioned the example of Vienna, a city with a vast public housing offer that has some unique characteristics: on the one hand, social housing is distributed throughout the city, which helps to prevent the social exclusion of the people who live there; on the other hand, these are buildings of high architectural quality.

The speakers also mentioned several cities that have implemented policies to control rent prices, such as New York and Berlin, and lamented that Barcelona does not have broader powers in the field of housing to launch similar initiatives.

The presentation of the latest edition of ‘Housing Issues’ was carried out within the framework of the temporary exhibition on the project Provisional Proximity Accommodation (CERCA), a new model of fast-building, sustainable and quality housing that is helping the City Council to deal with the expulsion of neighbourhood residents.

The exhibition visits two of these homes to find out all the project details, characteristics and motivations.

The exhibition will be open during the months of June and July between Badajoz and Avila streets, next to Design Hub Barcelona. The opening hours are from 4 pm to 8 pm on Wednesdays and Thursdays and from 10 am to 8 pm on Fridays, Saturdays and Sundays.

Guided tours can be arranged on Wednesdays and Thursdays in the afternoon and the rest of the days in the morning, noon and afternoon. To arrange one, you must write an email to the address to exposicioaprop@bcn.cat.

The exhibition, free and of limited capacity, has also organised a cycle of outdoor cinema, every Thursday at 22.00.

This is the programme: 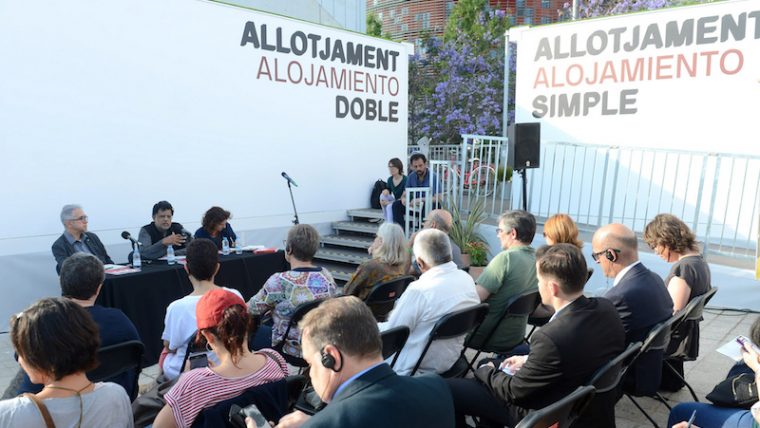 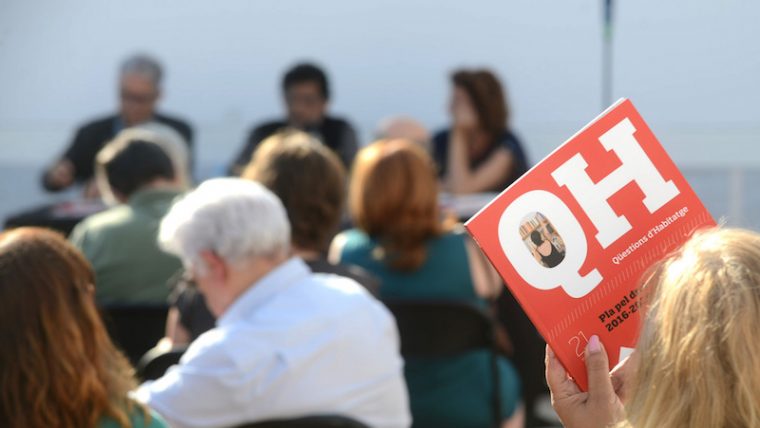