Given the favourable evolution of the weather conditions since the pollution episode was declared on 12 May, the Government of Catalonia's Directorate General for Environmental Quality has deactivated measures in place for high levels of PM10 as of Friday 13 May. 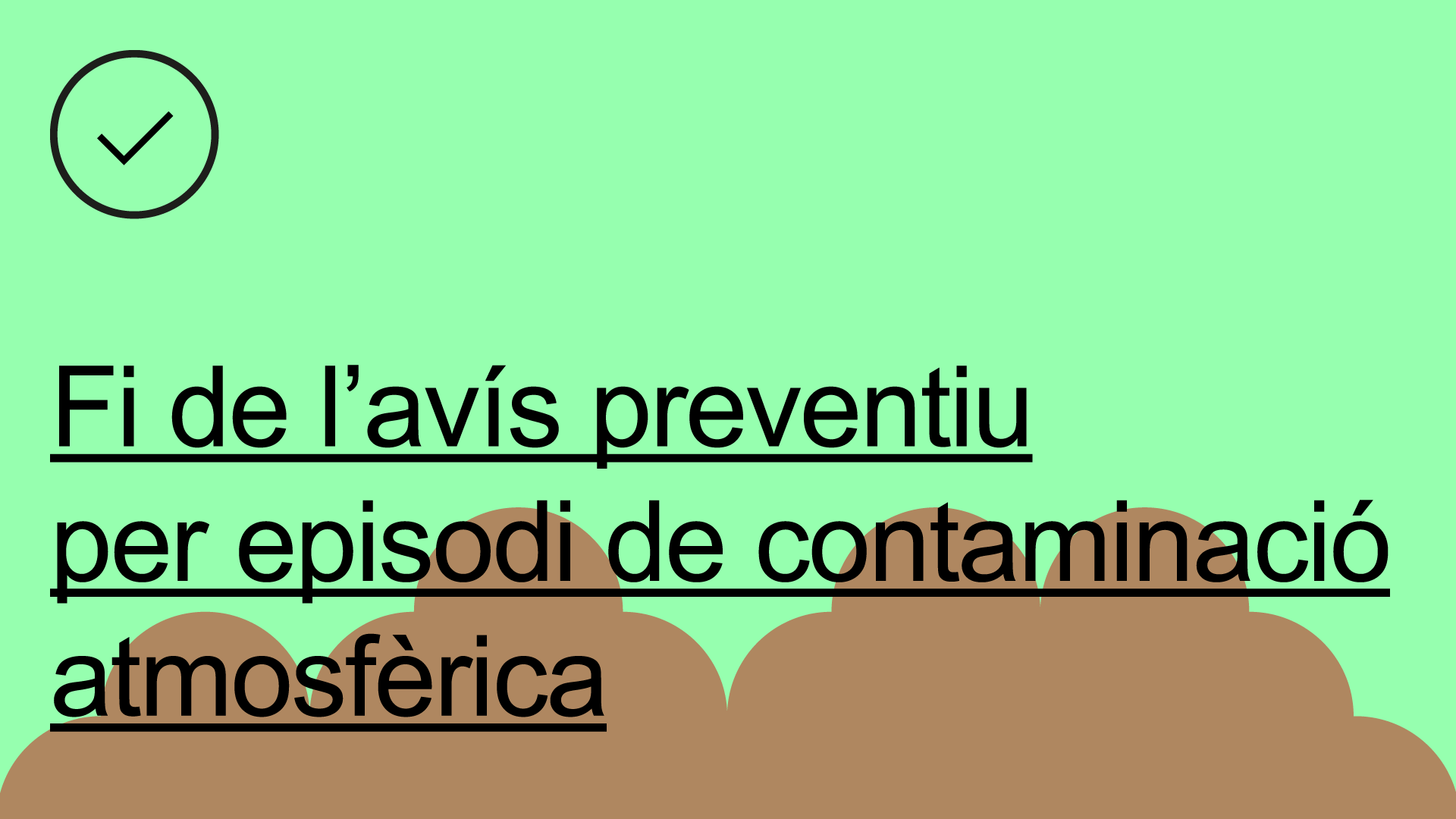 The Government of Catalonia’s Directorate General for Environmental Quality has deactivated measures in place in the Barcelona area for high levels of PM10, as of Friday 13 May.

Levels of PM10 dropped yesterday at the stations belonging to the Atmospheric Pollution Monitoring and Forecast Network (XVPCA), and weather forecasts have also been favourable.

Now that the level of pollutants in the air has dropped, Barcelona deactivated a series of temporary measures, provided for under the action protocol for high levels of atmospheric pollution for the duration of the episode. These measures were as follows:

What are PM10 and where do they come from?

Suspended particles under 10 microns in size are small solid or liquid particles that float in the air. Up to 40% of these particles are generated by vehicle engines, tyres and brakes. The rest comes from dust from public works and demolitions and possibly even Saharan dust clouds.