The ‘Protecting Schools’ programme will see work carried out around 22 schools this year, improving their surroundings and guaranteeing safety. The project is designed to revamp the immediate area around these facilities to improve air quality, create more places for interaction and reduce noise and accidents. The measures will benefit 8,468 students and regain the use of 4,352 m2 of asphalt, create five streets with pedestrian priority, lead to four fewer traffic lanes and create 37 new spaces for spontaneous play. The 2020 budget for this project is 1.3 million euros. 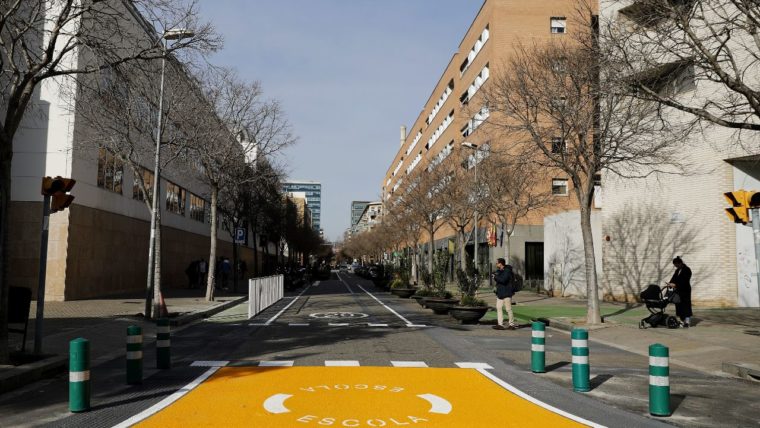 The programme is inspired by the experience gained from initiatives such as the Ecoxamfrans prohect to improve access to schools in the Eixample district, school shelters and the Neighbourhood Plan. The goal is to respond to demands from the public and to prioritise the protection of the city’s children, making schools and their surroundings safe places which are full of life. The programme corresponds to a city model where schools become key points where special attention is given to public space.

The first calming project was carried out in January around the Escola Grèvol, in Sant Martí. The project at the Institut Viladomat (Eixample) was also completed between June and July. Work is currently under way or about to start at nine other schools, with other projects to begin in October. By the end of the year, the areas around the following 22 schools will have been improved:

Work is based around two main types of measures, achieving structural and/or strategic changes which are combined and adapted for each case:

The selection and prioritisation of schools is being carried out in coordination with all the municipal areas involved, according to the following criteria:

The new website www.barcelona.cat/protegimescoles has also been set up and offers fully updated information on the projects and a map of the schools where work will be carried out.

The whole process is being conducted jointly with the education community, seeking understanding and dialogue. To this end, the ‘Protecting Schools’ Monitoring Board was set up and is made up of municipal representatives, education platforms and organisations working to reduce pollution or act in relation to public space and accessibility. There will also be a board for school surroundings in each district.

Next year will see the programme spread to a further fifty schools, which already have projects ready and which may get additional measures as resources become available. In addition, action will be coordinated with district offices at areas around all 585 schools in the city to at least install signage telling drivers they are near a school, so that they pay more attention and slow down.

The goal during this term of office is that 200 schools for children up to the age of 12 to have pleasant traffic-calmed surroundings by 2023. This equates to a third of all the schools in the city. Of these 200 schools, specific action will be taken at 138, with improvements from other programmes such as the superblocks to be applied to the rest. 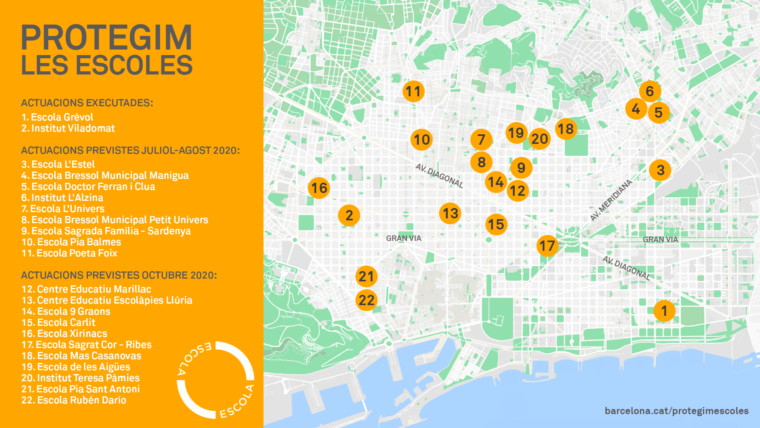 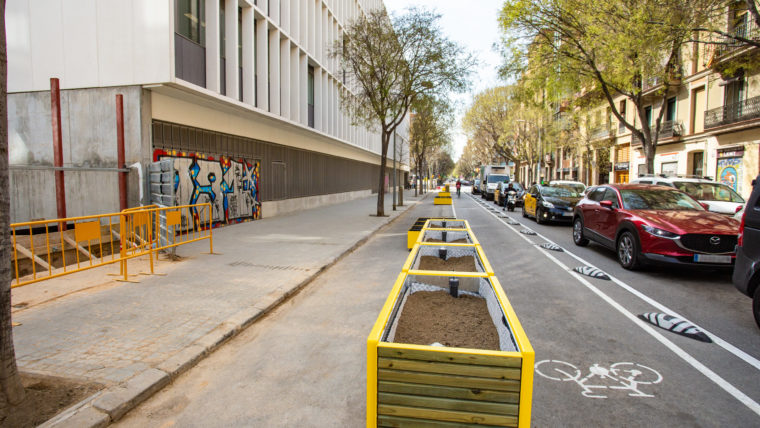