The “Technovation Girls Catalunya”, “Open Data on Female Technologists in Barcelona”, “Sischain: a Sorority Blockchain” and “FIBRACAT TV” projects will receive a donation of 8,000 euros. 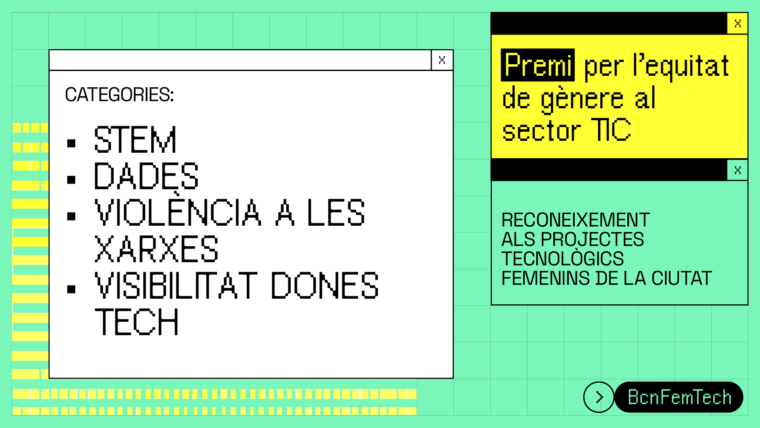 The BCN Fem Tech prize falls within the framework of the government measure of the same name and is aimed at providing visibility, recognition and support to ICT sector projects led by women, thereby helping to combat the digital gender gap in the city.

In this first edition, the jury unanimously chose the following organisations and projects as winners in each of the categories:

All winning projects focus on the city of Barcelona: either for its theme, target audience or framework.

In the spring of 2022, we will invite you to an event with the four winning projects where you will be able to find out what they have done with the financial support that this award entails. 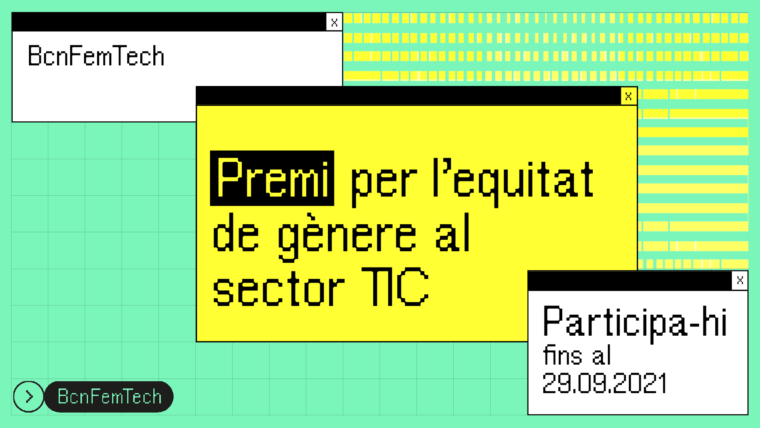